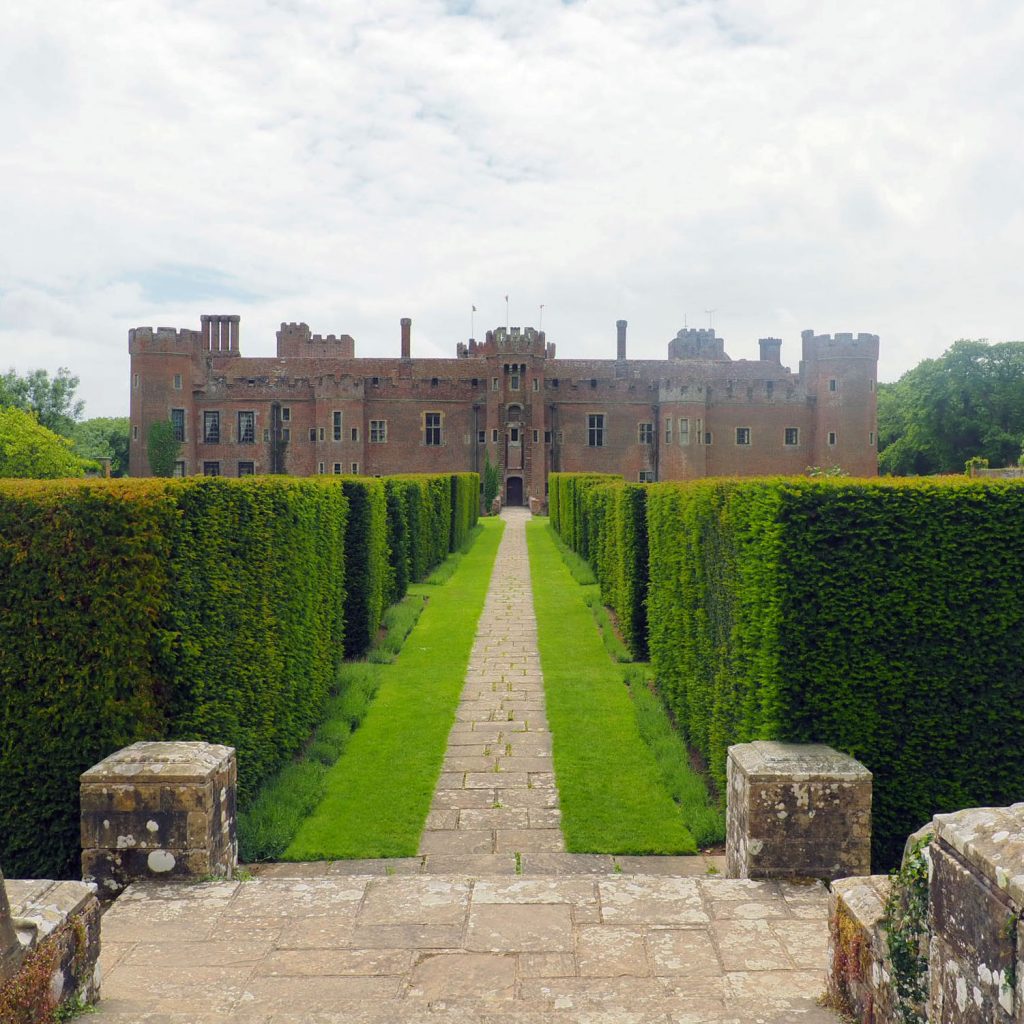 Back to exploring castles

I’m back on the castle trail, this time in the south of England. As I alluded to in my Hastings post visiting Herstmonceux Castle was an intended destination during our stay in the seaside town. In a giant Castles in Britain book I have, I remember highlighting this castle as one I should visit. Why? Well just look at it, so beautiful.

You may have read the castle name and struggled to pronounce it. I know I did. Everyone I know has taken a few extra seconds to figure out how to pronounce it so don’t worry if you feel a bit tongue-tied. It is pronounced Herst-mon-soo. 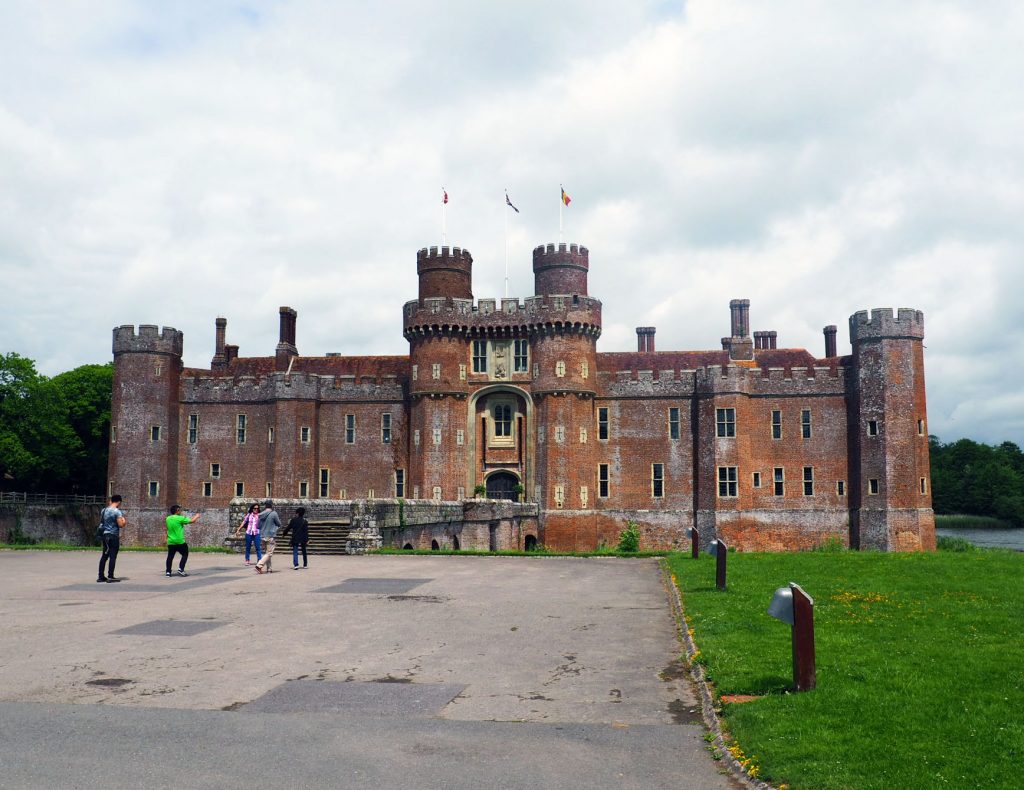 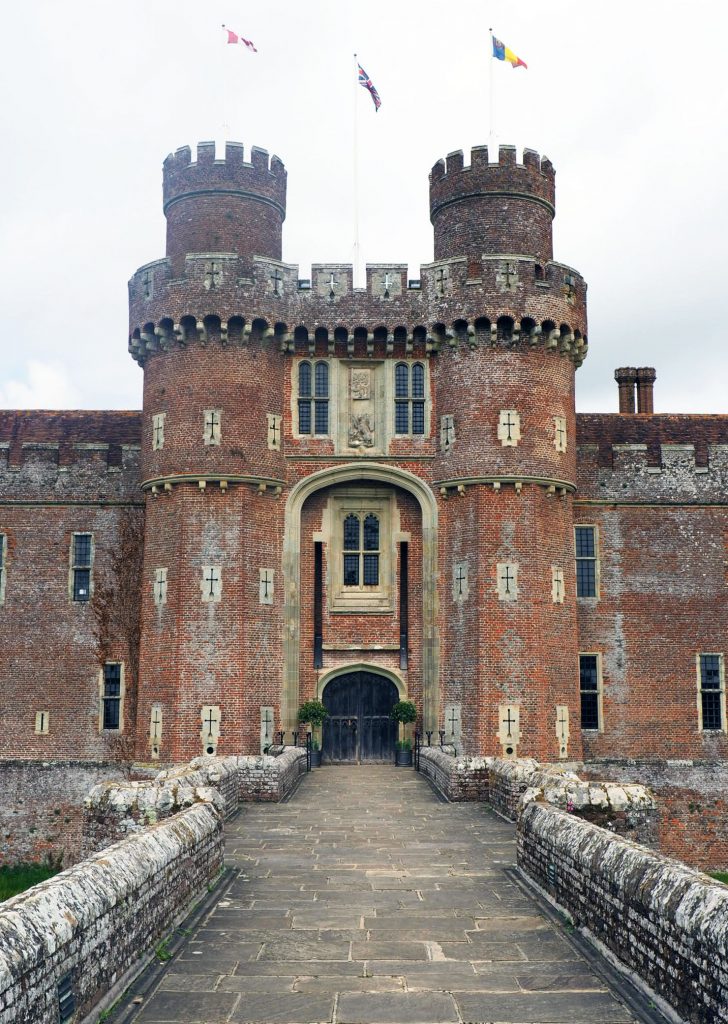 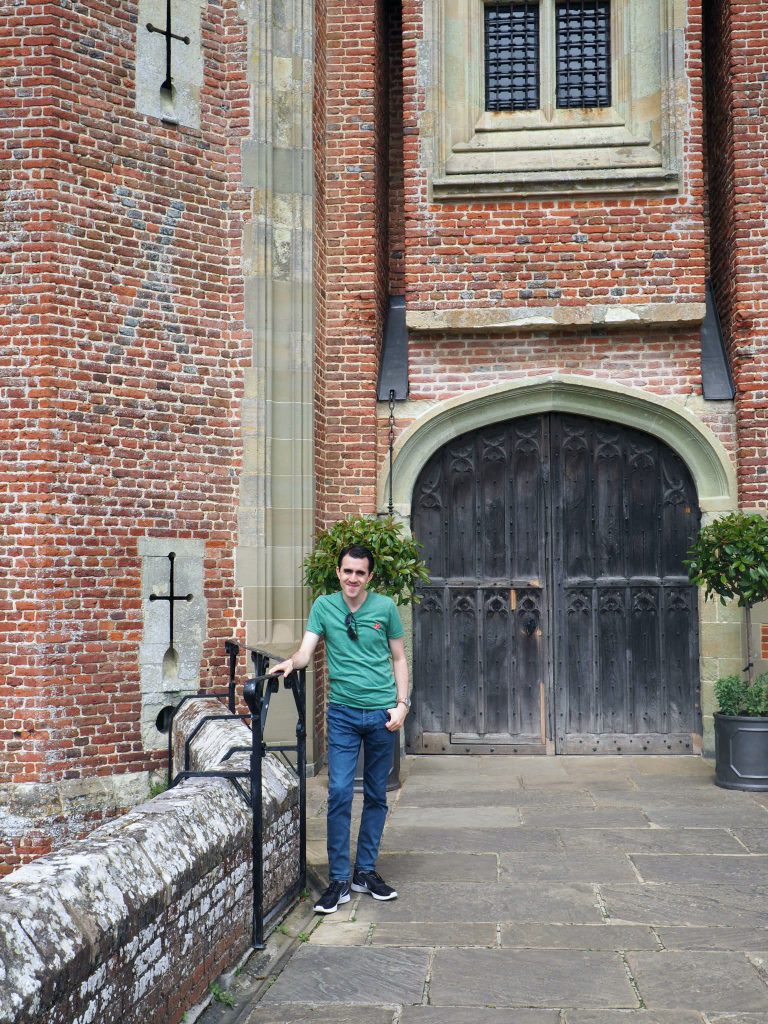 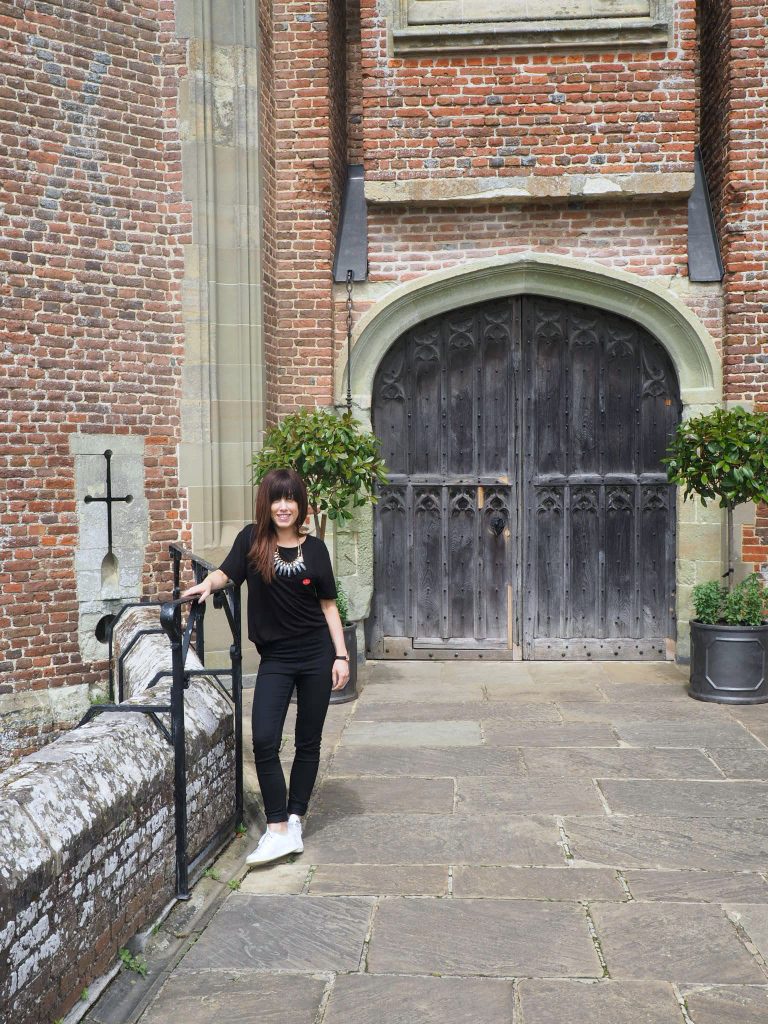 A happy link to Astronomy

As we were driving into the grounds we passed an observatory that we could have also visited. I was intrigued by it because of my love of astronomy. As we walked around the first gardens I learnt more about the observatory and a connection I have to it.

The observatory used to be the Royal Observatory, before it was moved back to its current site in Greenwich. As a site for the Royal Observatory this meant that the Royal Astronomers of the time were based here too. The first Royal Astronomer was John Flamsteed (this is where the connection is). I am currently part of the Greenwich Flamsteed Astronomy Society (named after John Flamsteed) and in the Rose Garden there is a bust of John Flamsteed. When I saw it and put two and two together I was pleasantly surprised to know I had a small connection to the castle and observatory.

Even more ironic was that the day after I received an email from the Society saying that they had organised a visit for members to Herstmonceux Castle and the Observatory! 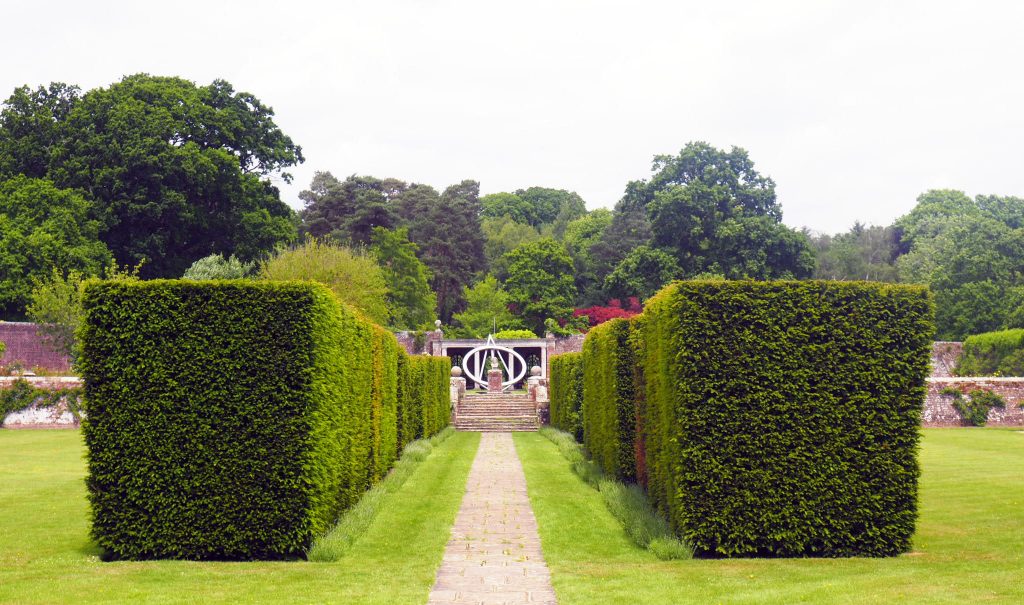 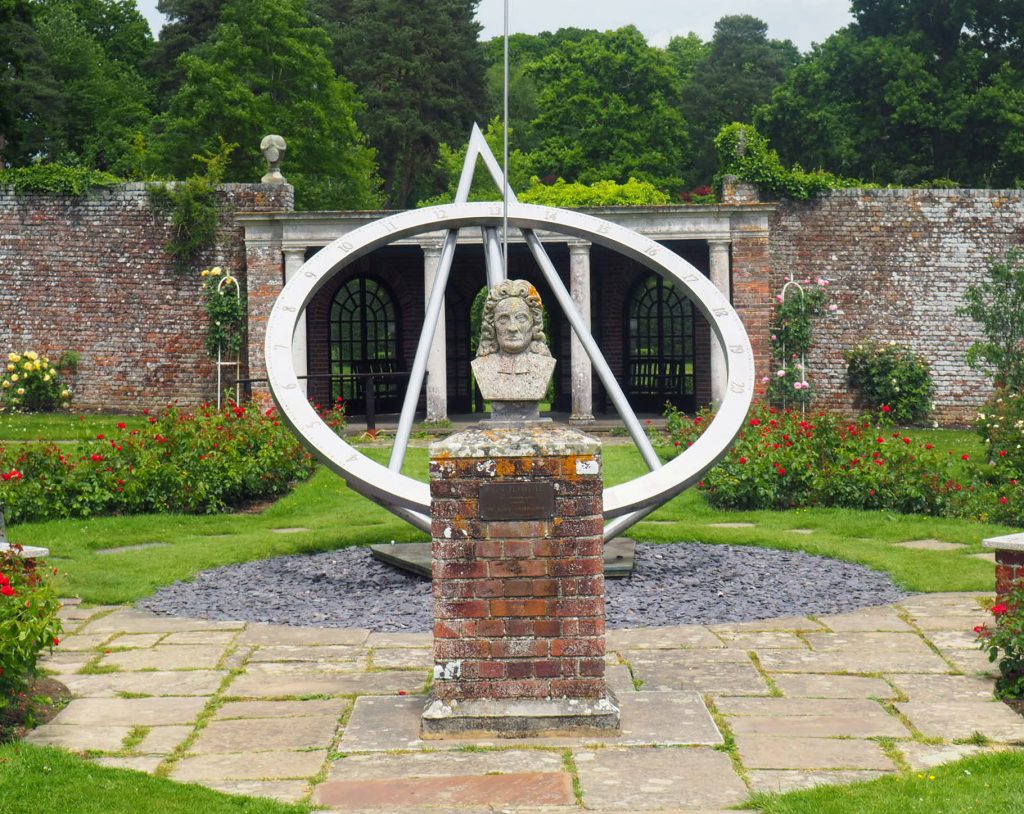 The Gardens and Grounds

Tours of the castle take place in the afternoon and we arrived with plenty of time to spare. However, just as the people in front of us found, the tour was fully booked up. Others had got there even earlier to fill up the numbers. You couldn’t pre-book to be on the tour and then the ticket lady compounded our disappointment by saying to me you have to get there earlier. We couldn’t come back the next day so we just got tickets for the castle gardens and grounds.

The castle looked even more spectacular in real life. The sunny weather made the castle sparkle even more. At the back of the castle were several beautiful gardens providing perfect photo opportunities. Being in such lovely surroundings is really relaxing. Being in our comfy shoes, Jane and I decided to go for a proper wonder through the woods and we made some wonderful discoveries.

We joked that the house by the Folly Lake is somewhere we imagined I could be living in later life. 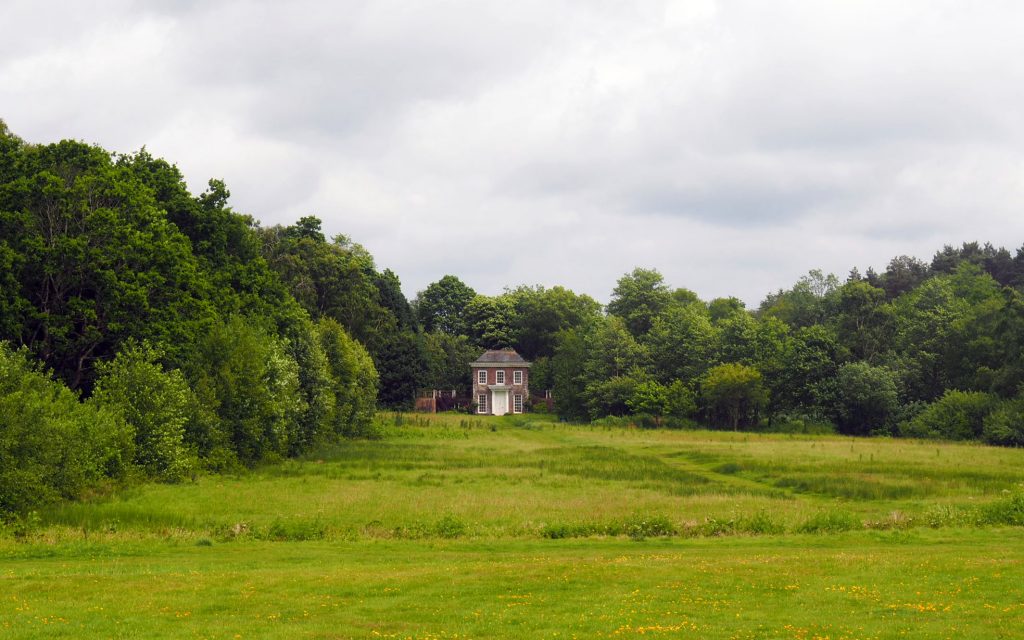 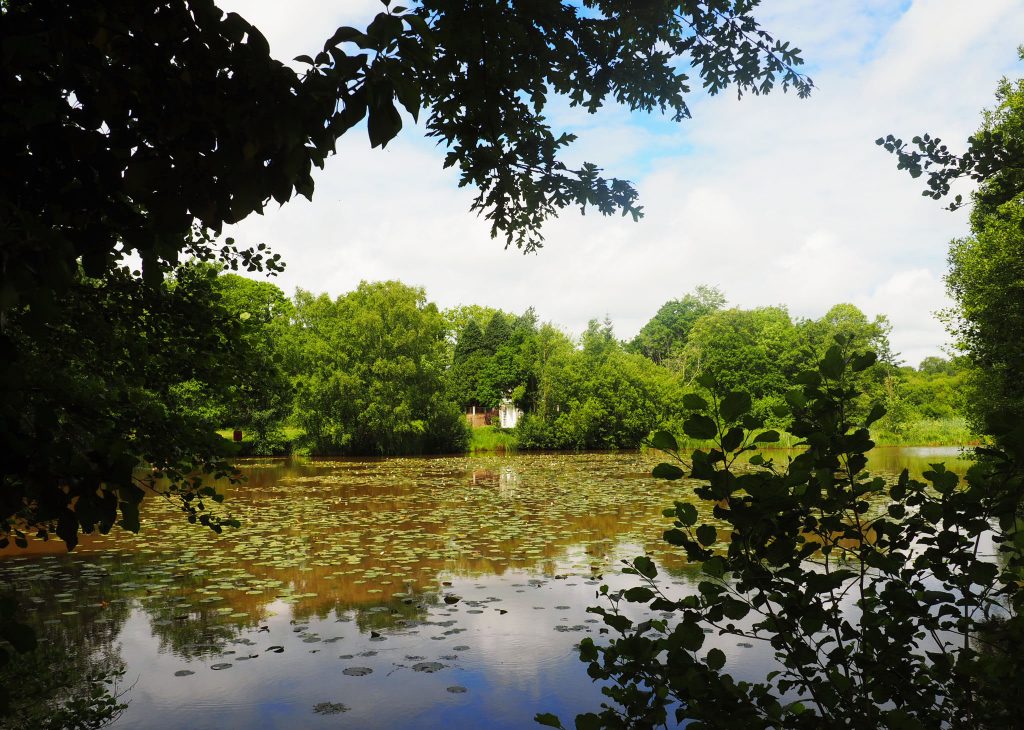 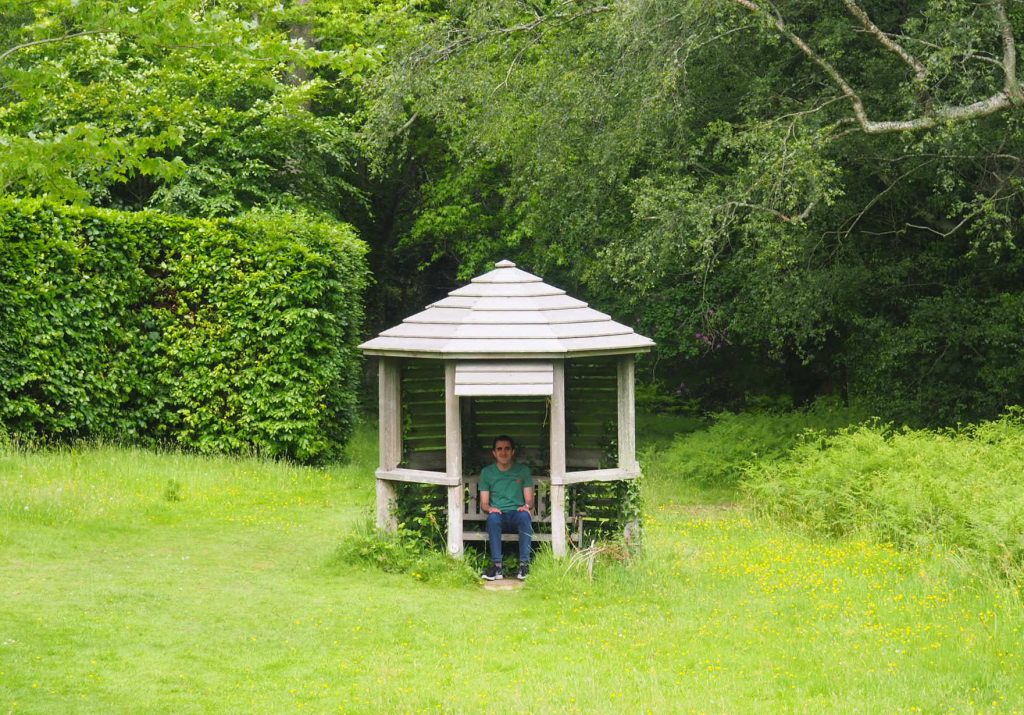 Following a path from the lake deeper into the woods, we came across some of the oddest trees I had ever seen. Look at these wonders. 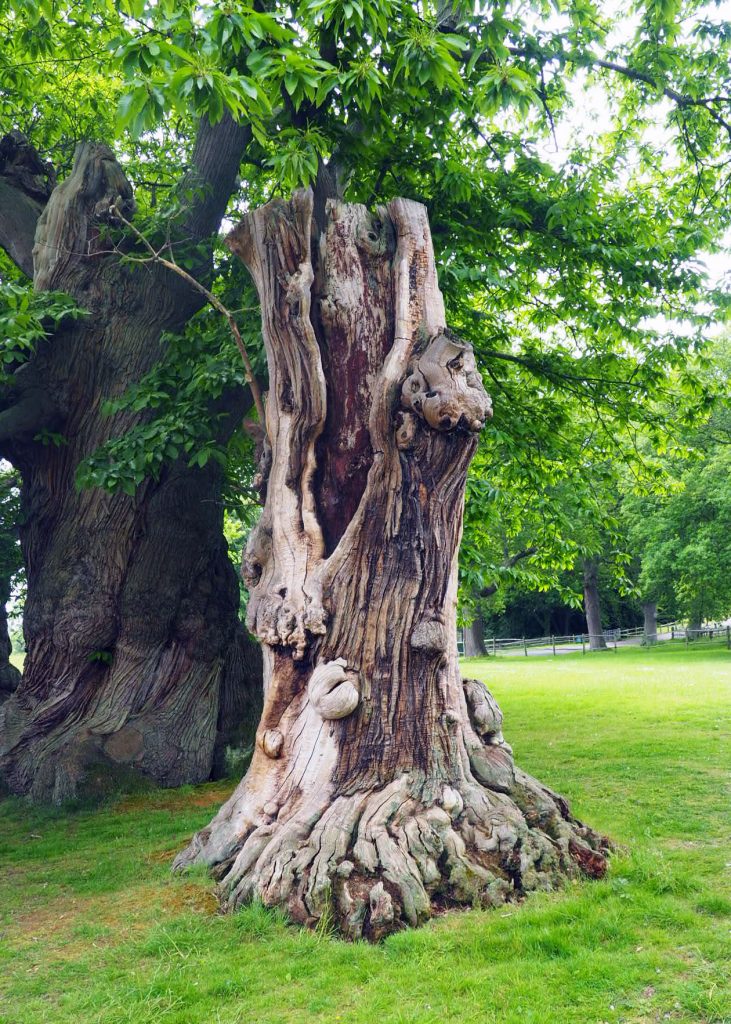 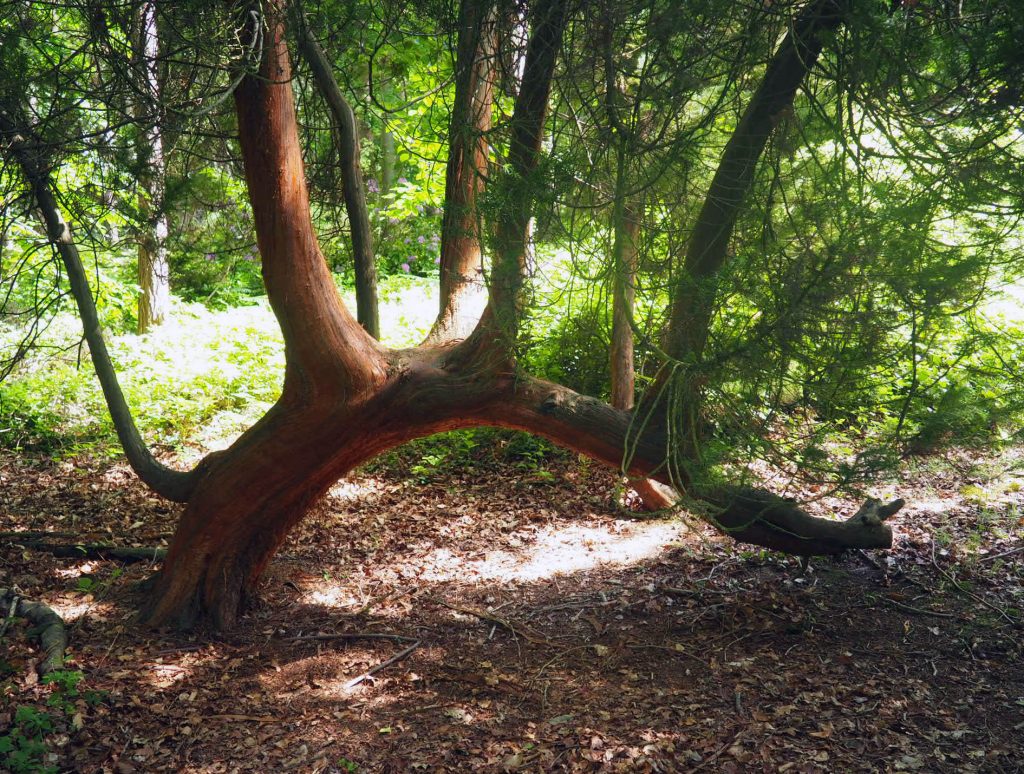 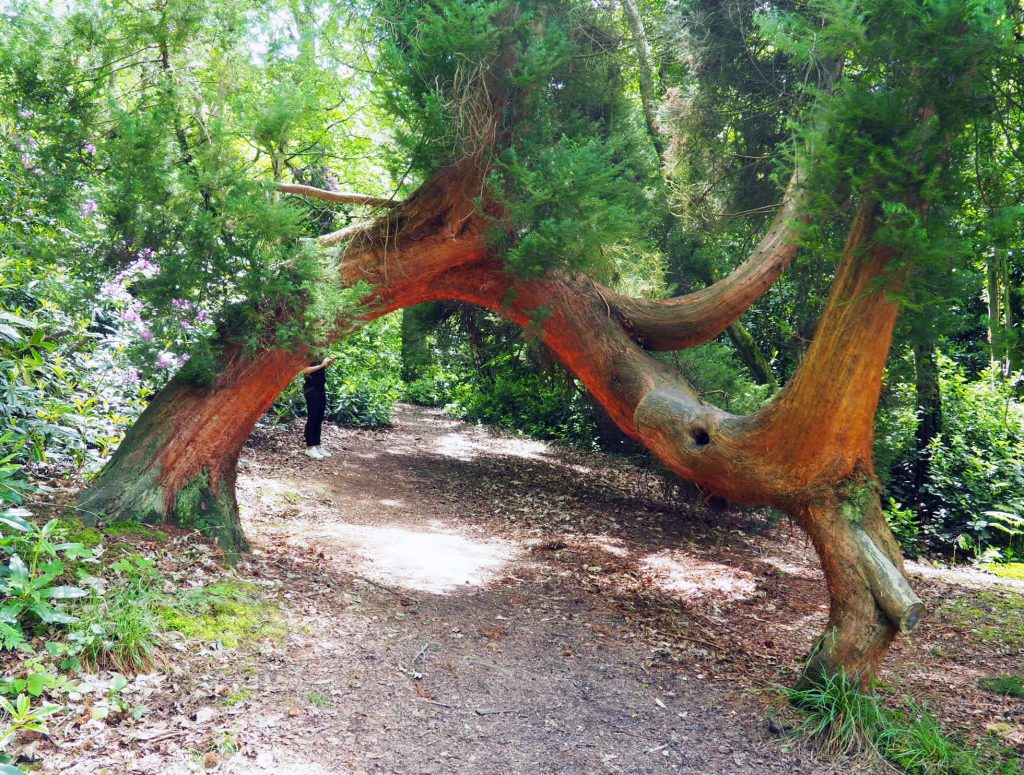 To be in an open area that isn’t a public park is not something I experience very often. The grounds were so vast and our walk into the woods made us feel like our regular lives were a million miles away (exactly how a holiday should make you feel). 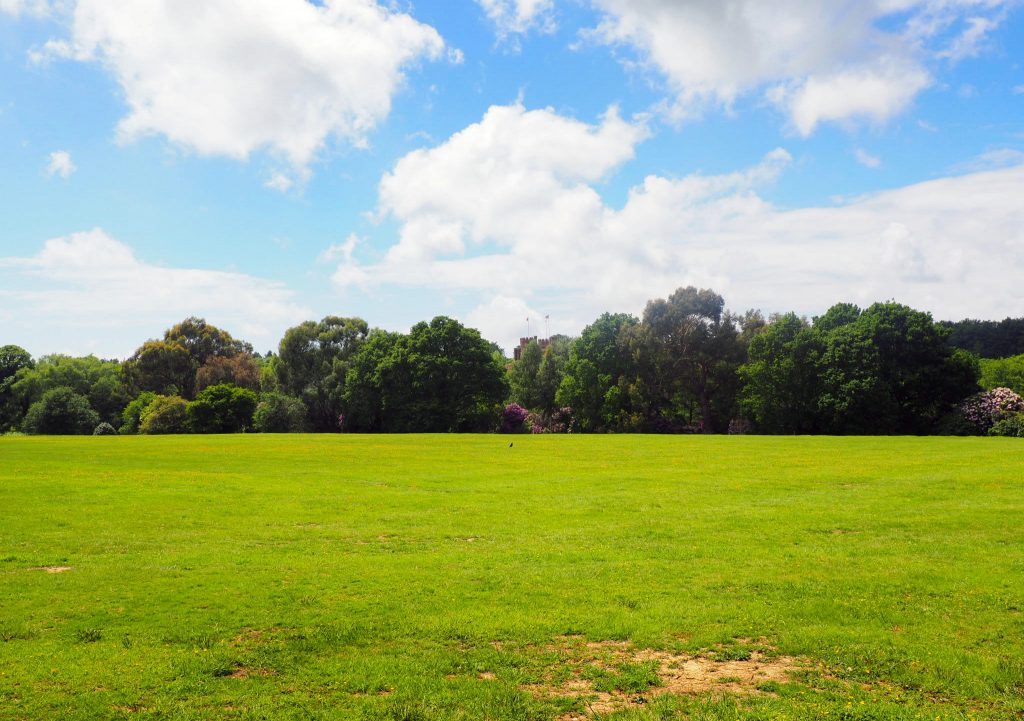 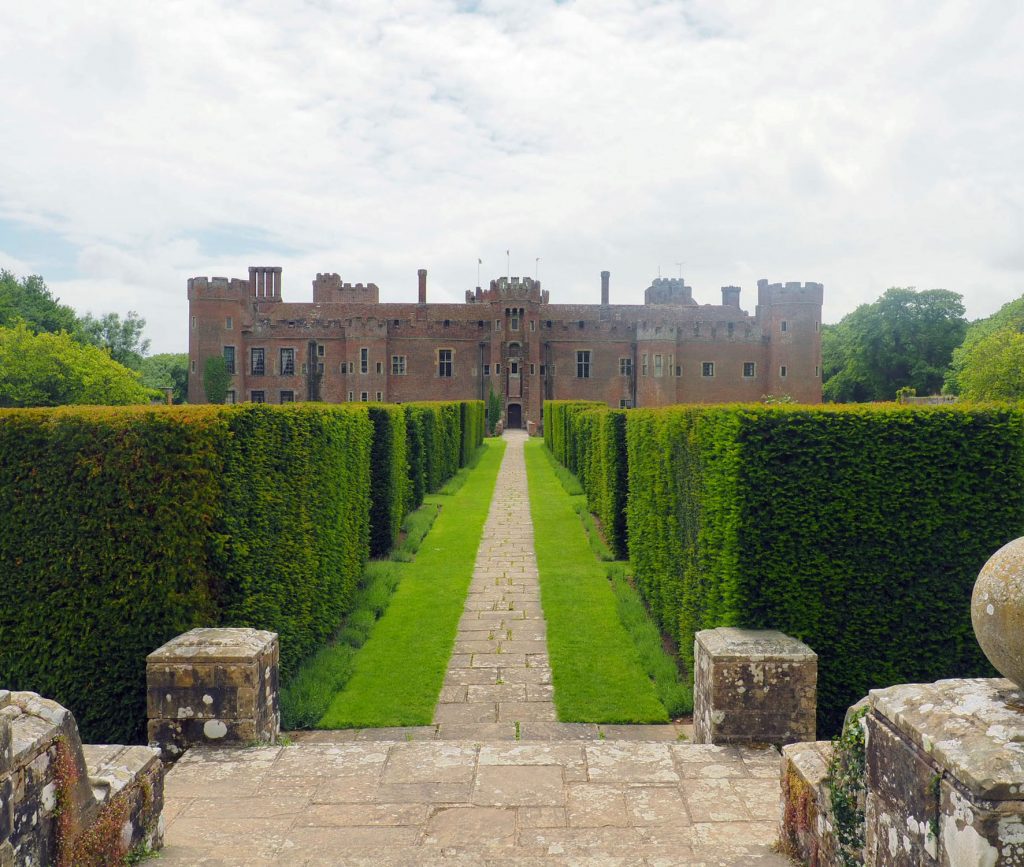 I am mentioning ducks, geese and swans so much recently from my travelling exploits. By the car park, this little family were happily relaxing near the water. It was so cute that I couldn’t resist a photo. After looking around the gardens and grounds we saw the geese again this time in the water around the castle. We laughed that they were following us! 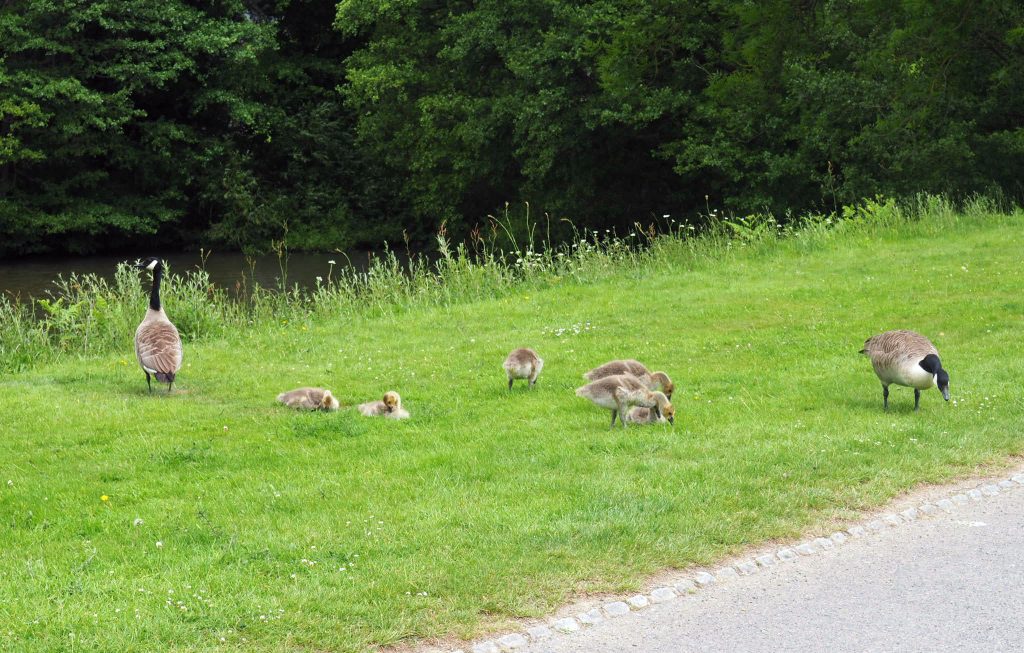 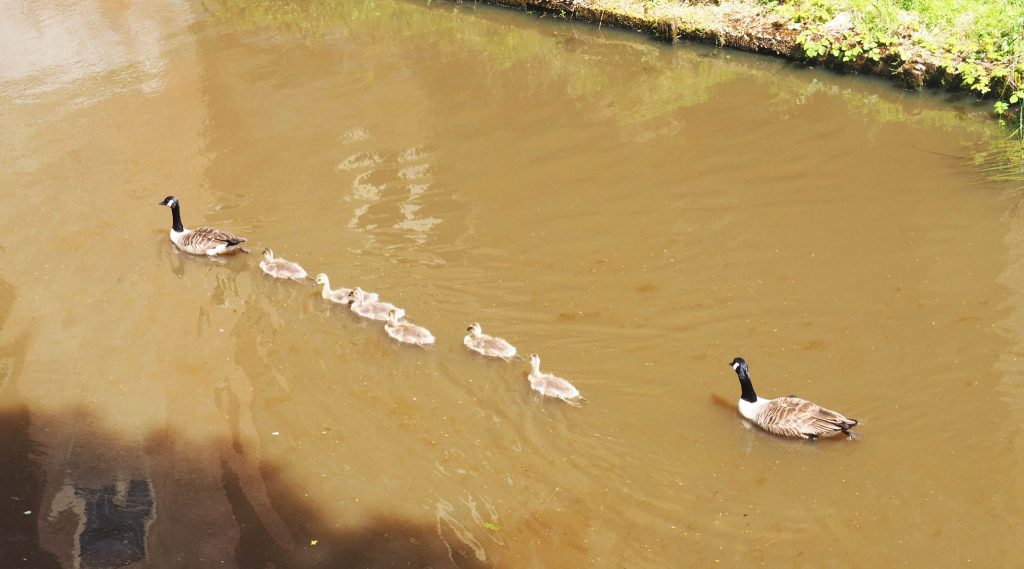 A place for learning

What we found very interesting is that the Castle is a location of study as part of the Queen’s University Canada .The Bader International Study Centre, opened in 1994 and welcomes students from different parts of the world. The castle can host a maximum of 170 students at any one time and we did see students coming and going. That’s the last thing we were expecting the castle to be used for. I always imagined studying in a castle to be the perfect setting, just like Hogwarts.

There is no doubt that Herstmonceux Castle is a place that matched our expectations and provided much-needed tranquillity time to our holiday. From the castle to the moat and the gardens Herstmonceux is a spectacular place to visit.

Have you been to Herstmonceux Castle?

What moated castles have you visited?

8 things to do in Bakewell

What you should do on a long weekend in Brighton

Solo Trip to Bristol: What to explore in two days 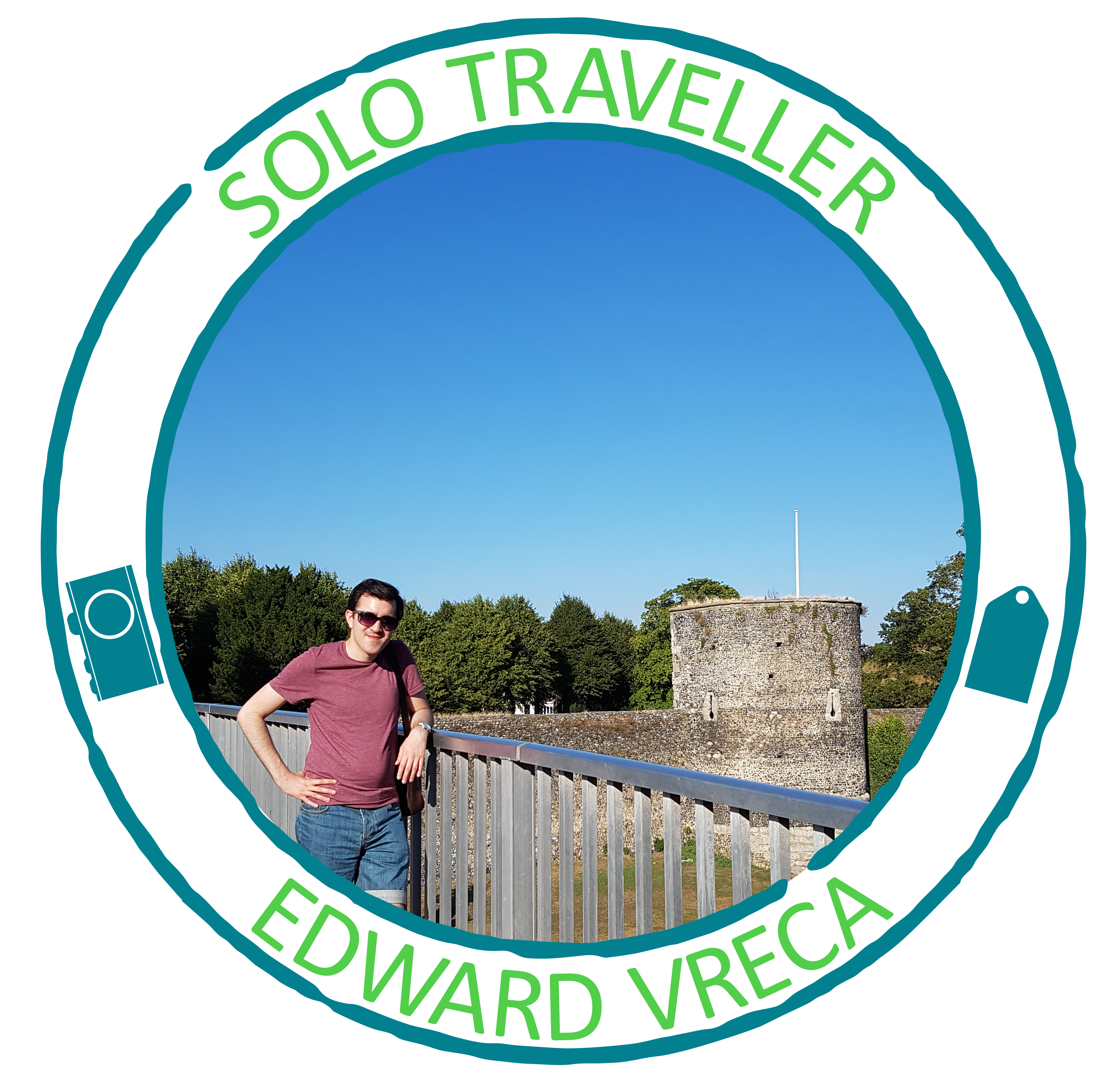 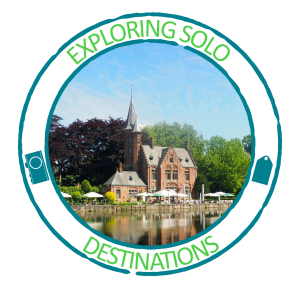 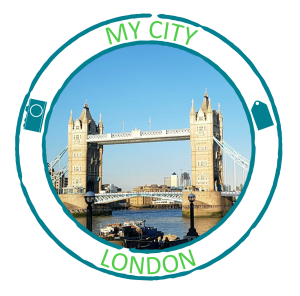 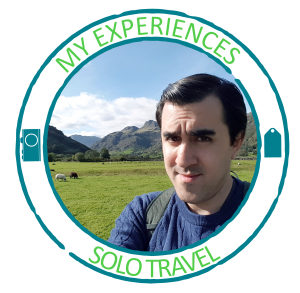