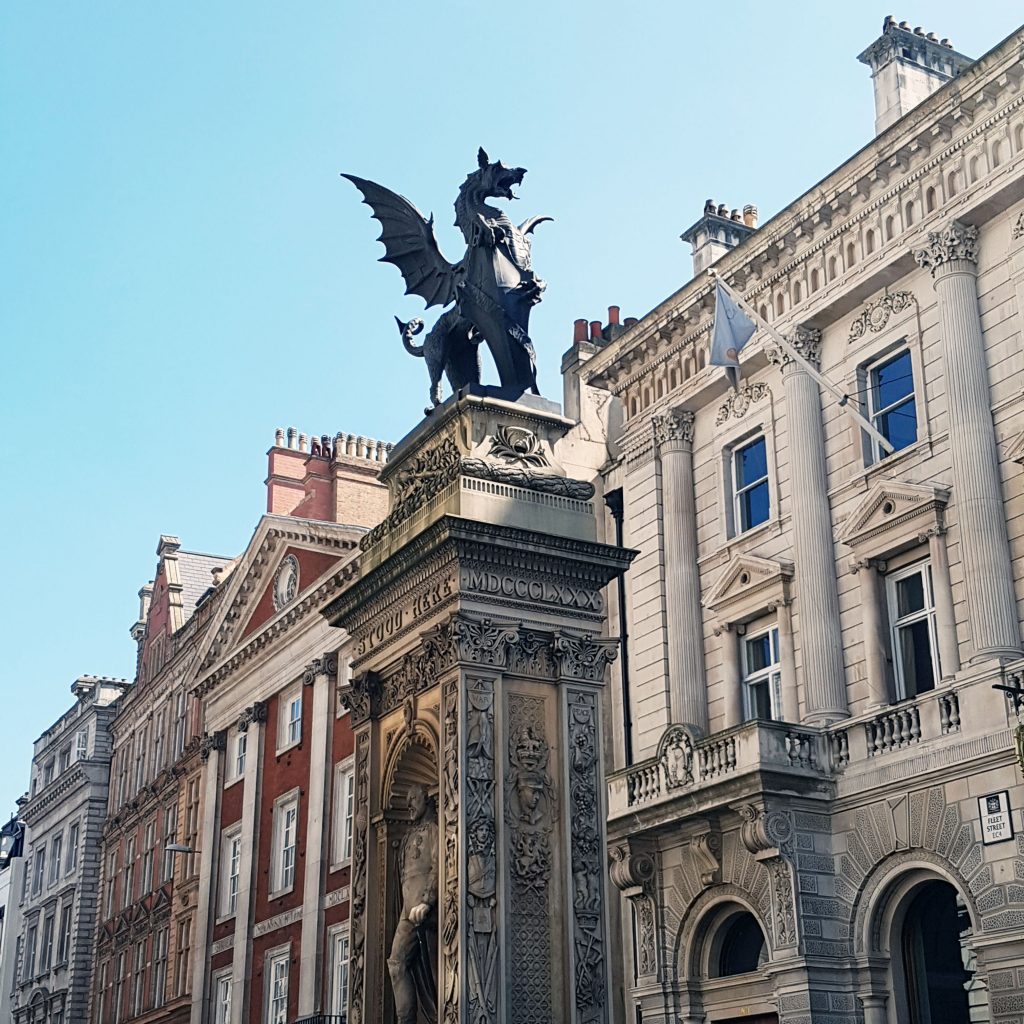 Back to London Walks

At last, I am back to write about my second London Walk, of Inns of Courts. It has been a while since my first London walk of Mayfair in November 2016. Why so long? I hear you ask, well the weather was colder back then so I have consciously waited to do more London walks until the weather was a lot kinder. To be honest waiting until April did not make that much difference because we haven’t exactly had warm weather for spring. However, I couldn’t let that stop me so I planned to do this walk in April and luckily enough it was during a very warm and sunny Saturday.

I will split this walk into two parts because there is just too much to show for one post.

What are Inns of Courts?

I found myself asking this very same question. Just what exploring is all about. The Inns of Courts are professional associations for Barristers in England and Wales. There are four in total and each provides libraries, dining facilities and accommodation for its students. All Inns are self-contained precincts where barristers traditionally train and practise. They also have either a church or chapel.

I had never heard of Inns of Courts until I did this walk.

I travelled to Blackfriars to start the walk. With it being a lovely sunny day I thought it would be a good opportunity to photograph London along the Thames. After doing this, using my camera for the first time, disaster struck. Having received my camera only a few days earlier I had failed to charge the battery so it completely died on me just as I was starting the walk. A rookie mistake but it was charged when I received it. 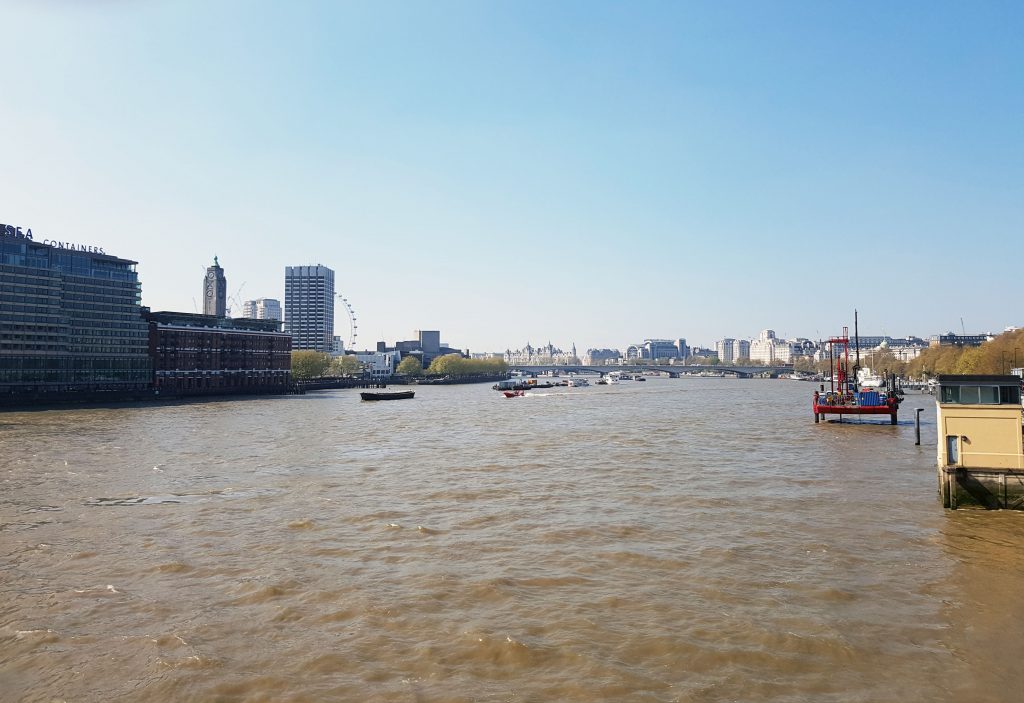 The walk starts at Inner Temple at the end of Tudor Street. As with all the Inns, their origins cannot be defined.

On the eastern side of Inner Temple square, the buildings are designed by Sir Christopher Wren and date from the 1670’s. At each building entrance, you can see the list of barristers who form a set of chambers. 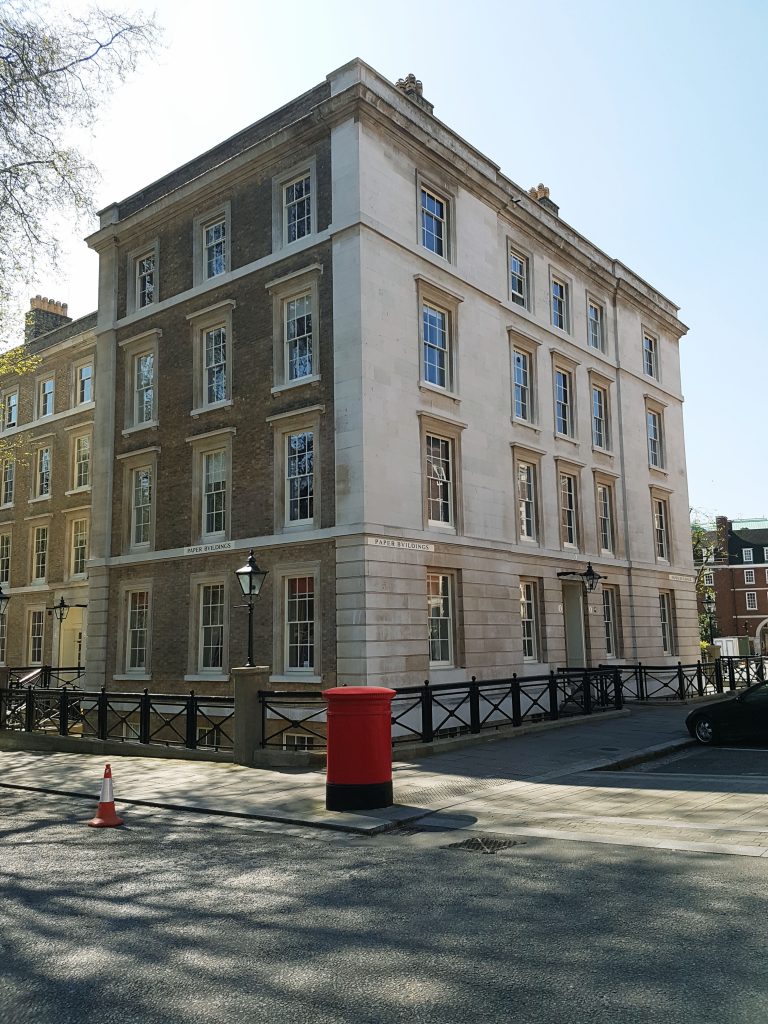 This hall is the Treasury and the library. Examinations are held here as well as ceremonies and formal dinners.

The Church is one of the few remnants of the Knights Temple occupation and was built to resemble the Church of the Holy Sepulchre in Jerusalem. The church features in the Da Vinci Code. Outside the church is a column marking where the Great Fire of 1666 stopped on the western side of the city. 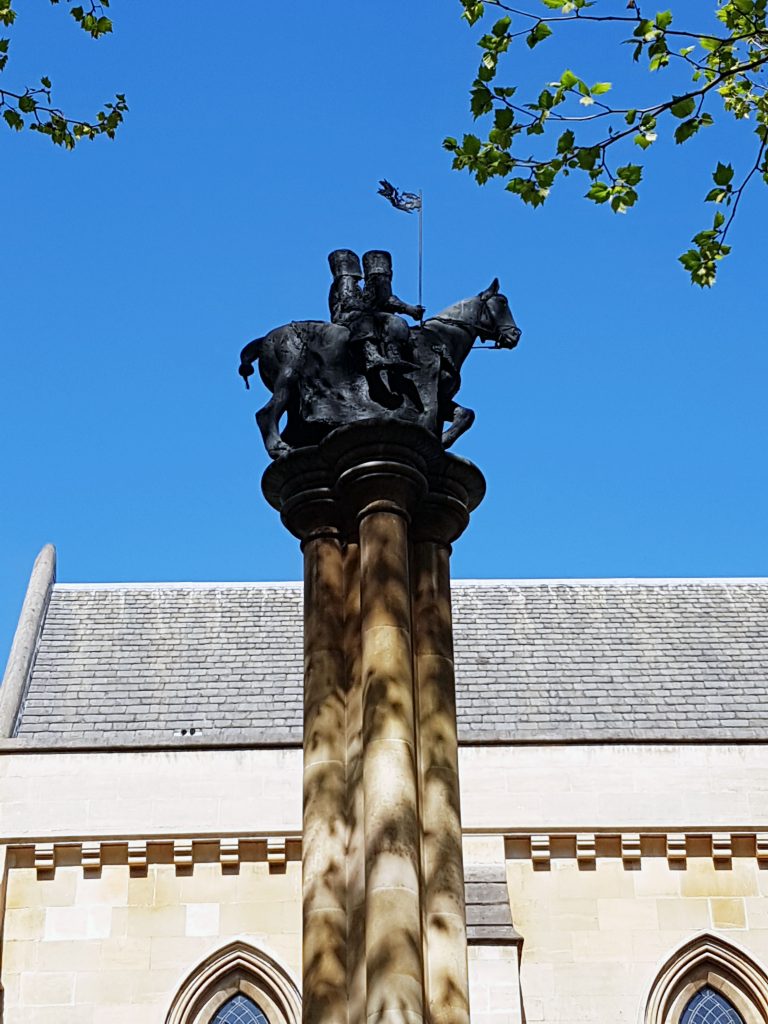 Look at how beautiful this is. 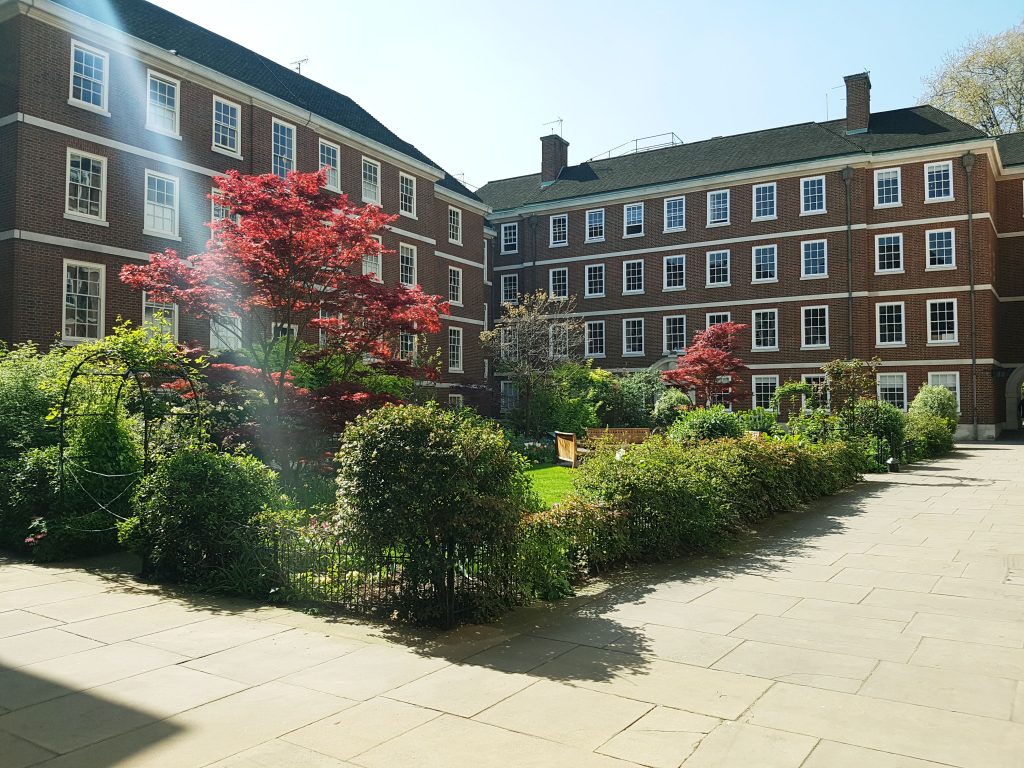 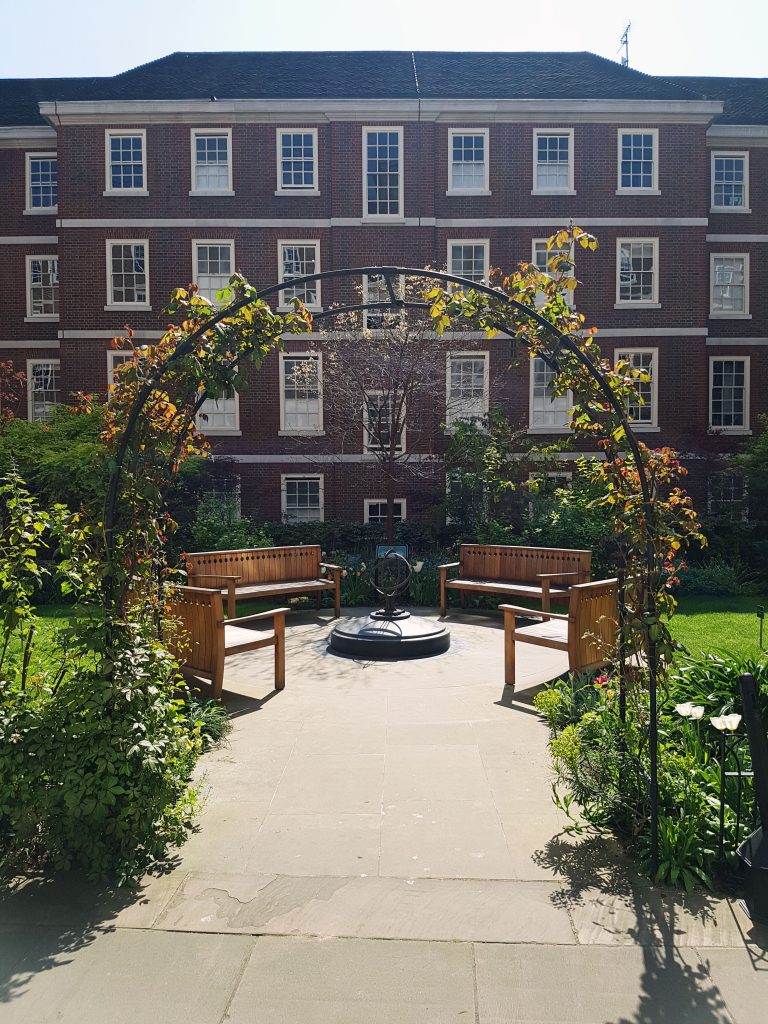 Walking through Elm court you are now at Middle Temple. Adjacent to Fountain Court is Middle Temple Hall. It has been at the heart of activities in Middle Temple for more than four hundred years. 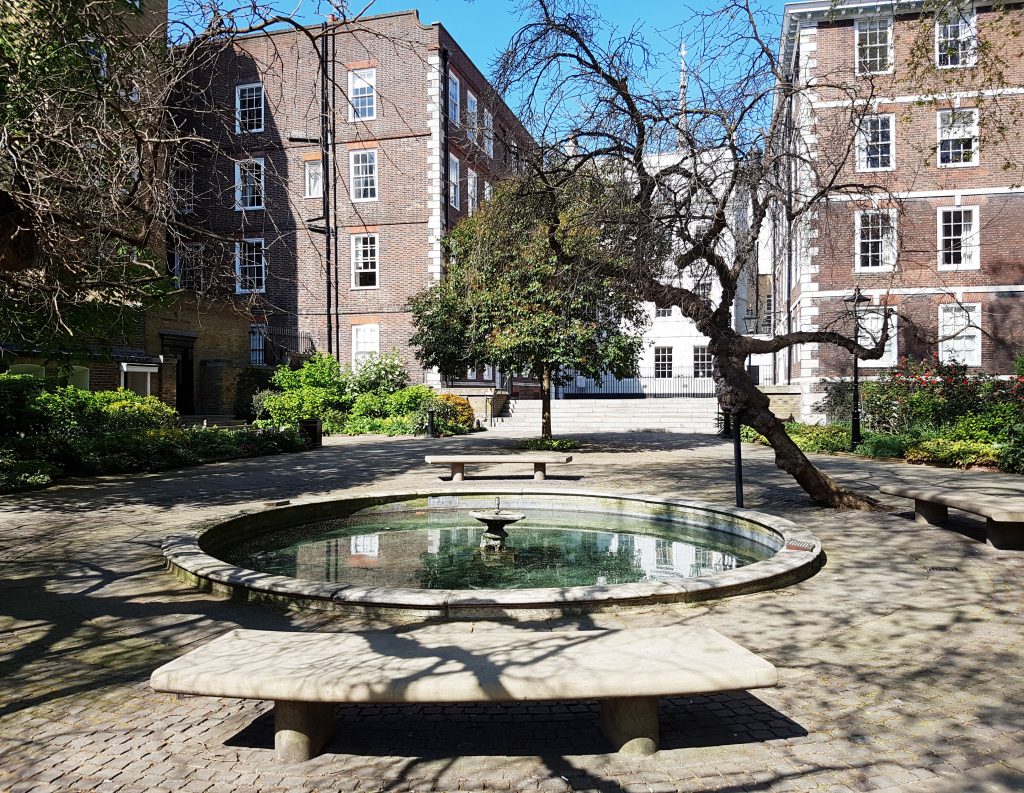 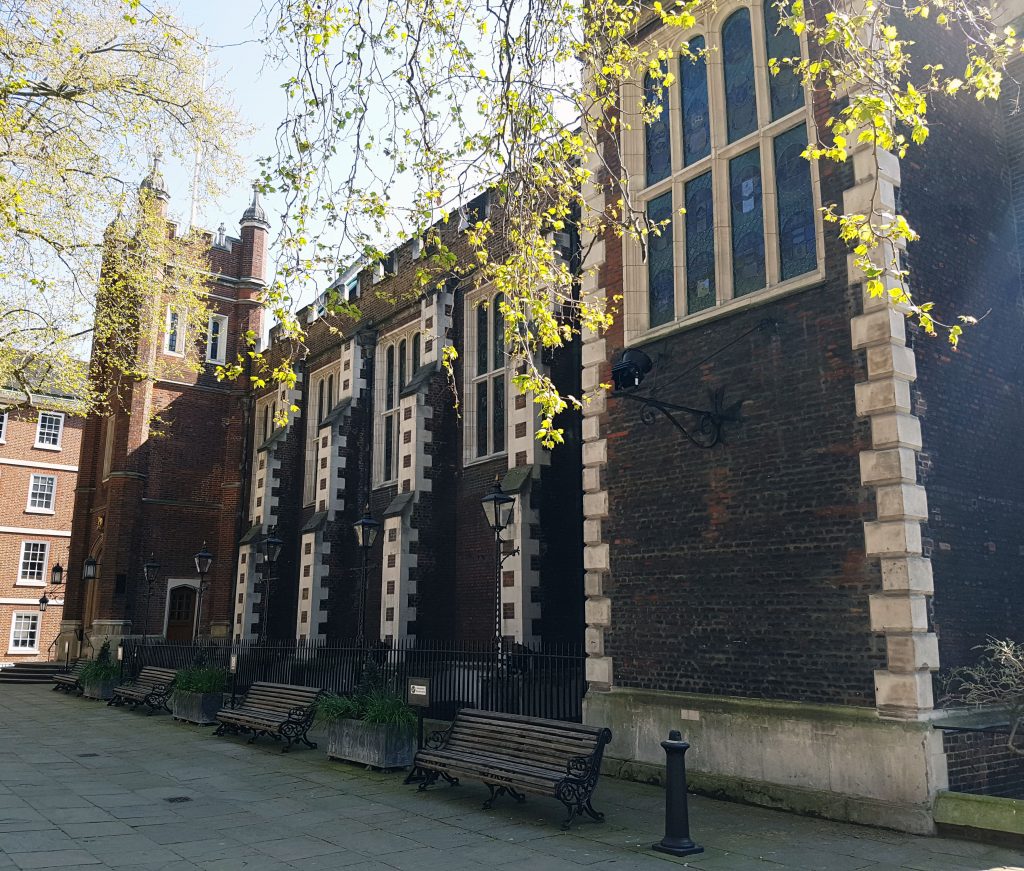 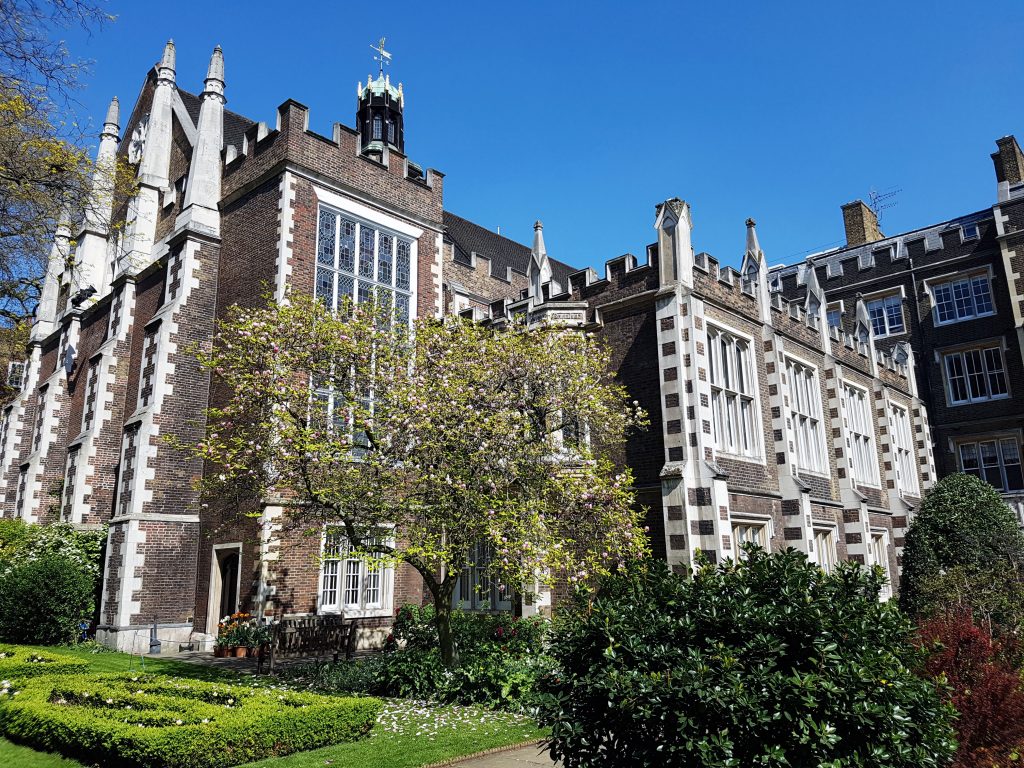 The gardens outside of the Middle Temple Hall are just beautiful. As with a few people I saw around these peaceful areas, three people were sat on a bench overlooking the gardens taking in the tranquillity. 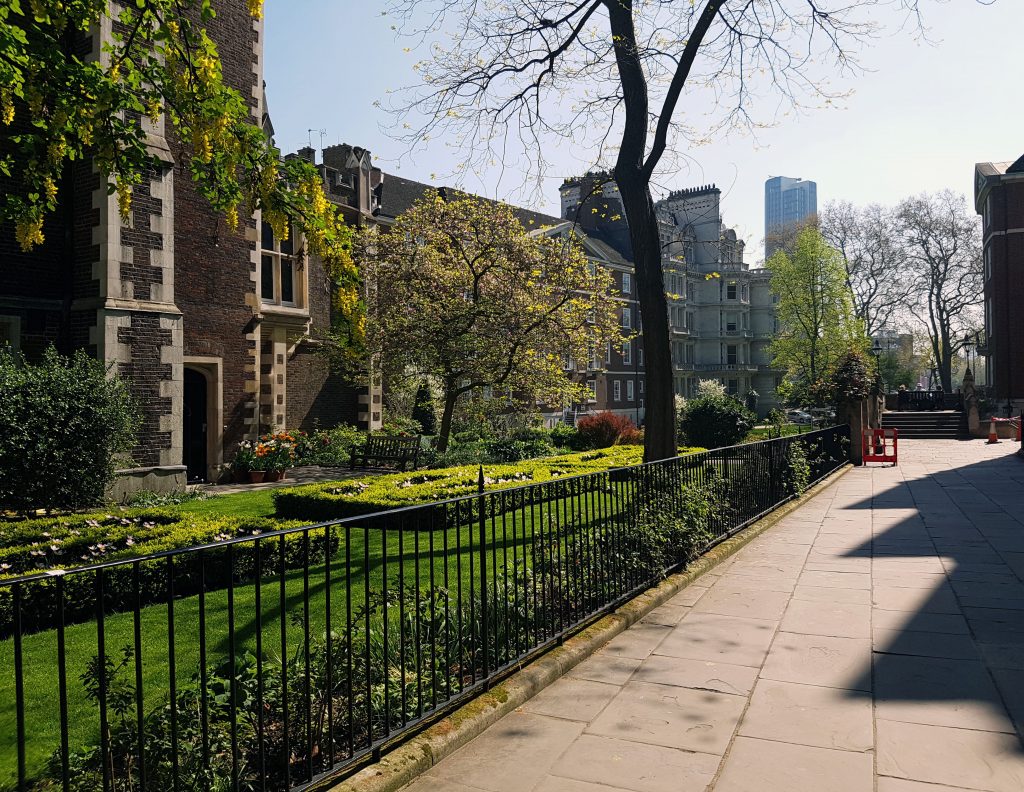 If you walk along Middle Temple Lane you will see an old underground station entrance situated in a small square. I don’t know what the station used to be but you can see an old tube map perfectly preserved in a window frame. No Victoria line back then. 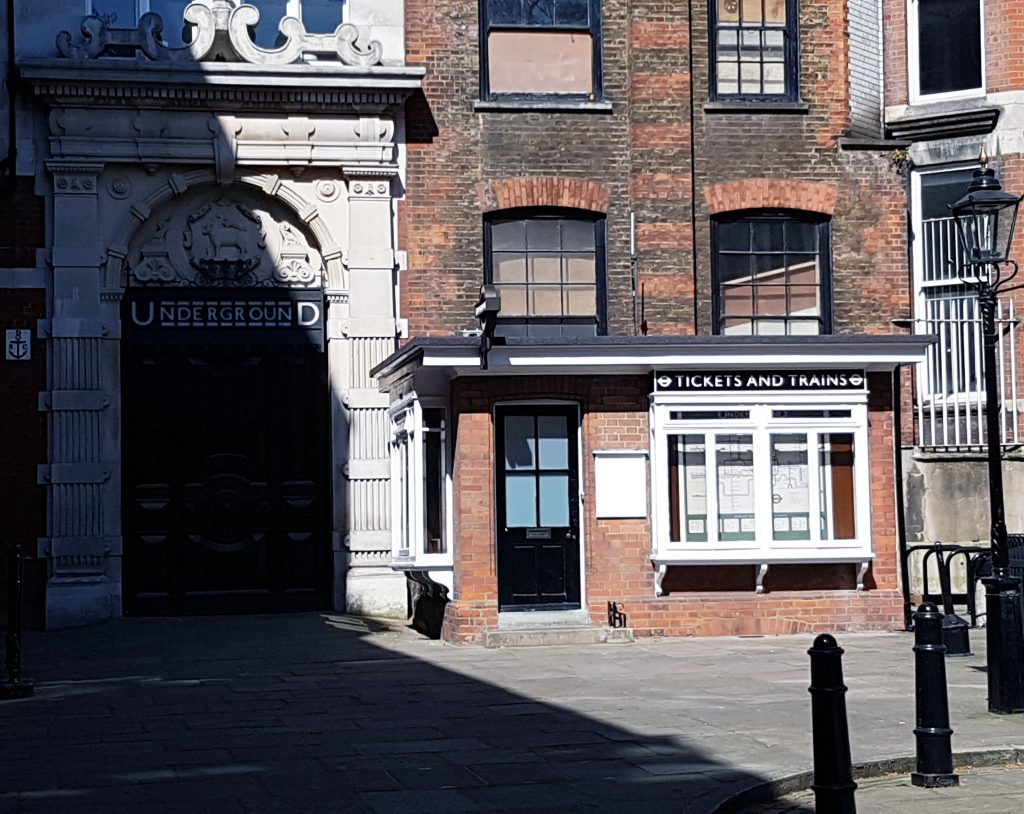 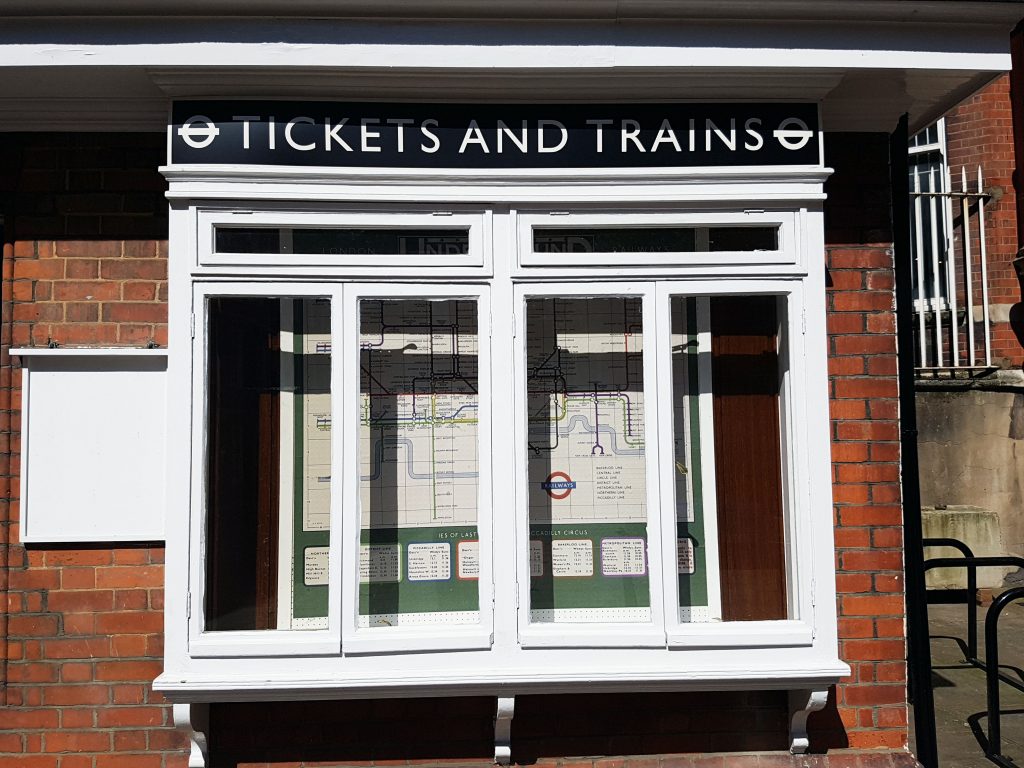 During the weekend the access to Fleet Street to closed. This meant that I had to double back on myself and exit the precinct through Tudor Street Gate.

Walk west along Fleet Street and you’ll find the Royal Courts of Justice. It was opened by Queen Victoria in 1882 and houses the Supreme Court. This consists of the High Court of Justice and the Court of Appeal. 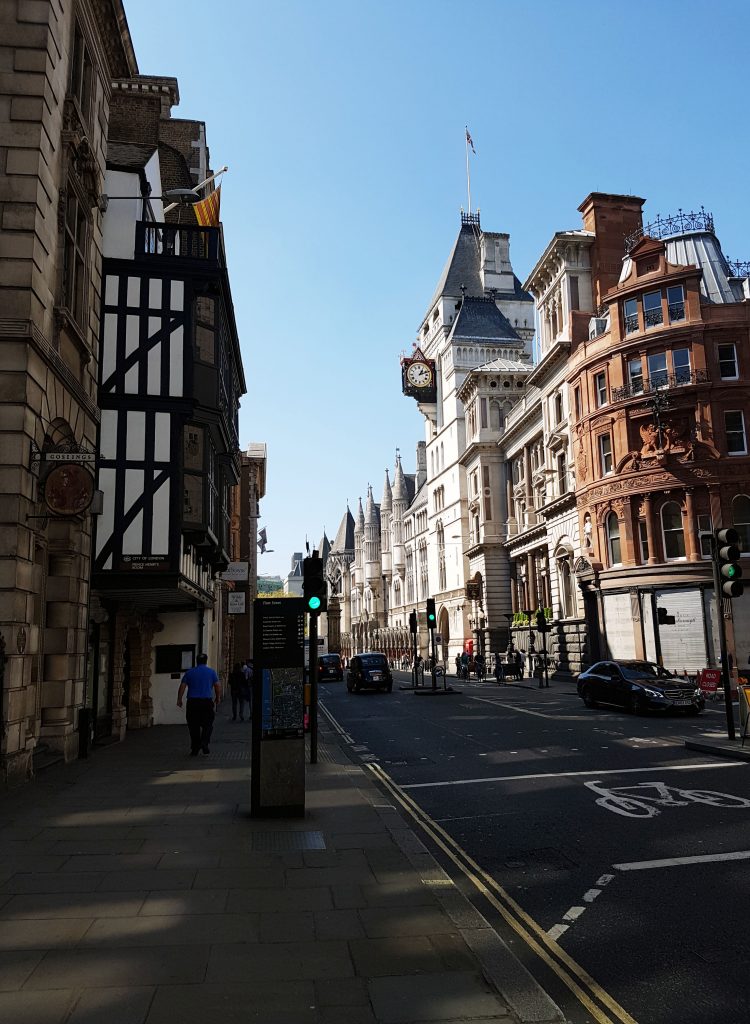 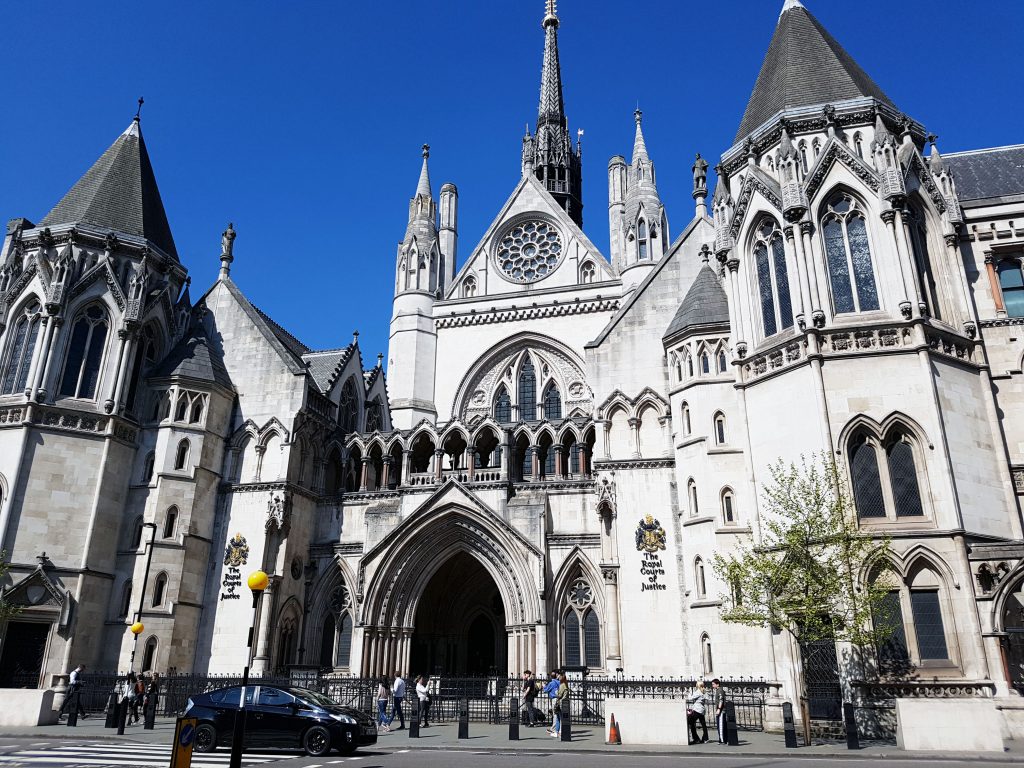 Back along Fleet Street is a statue in the middle of the street of a dragon. This marks the former site of Temple Bar. This used to be the gateway on the western side of the city. Sir Christopher Wren built it in 1672. The dragon does look impressive. 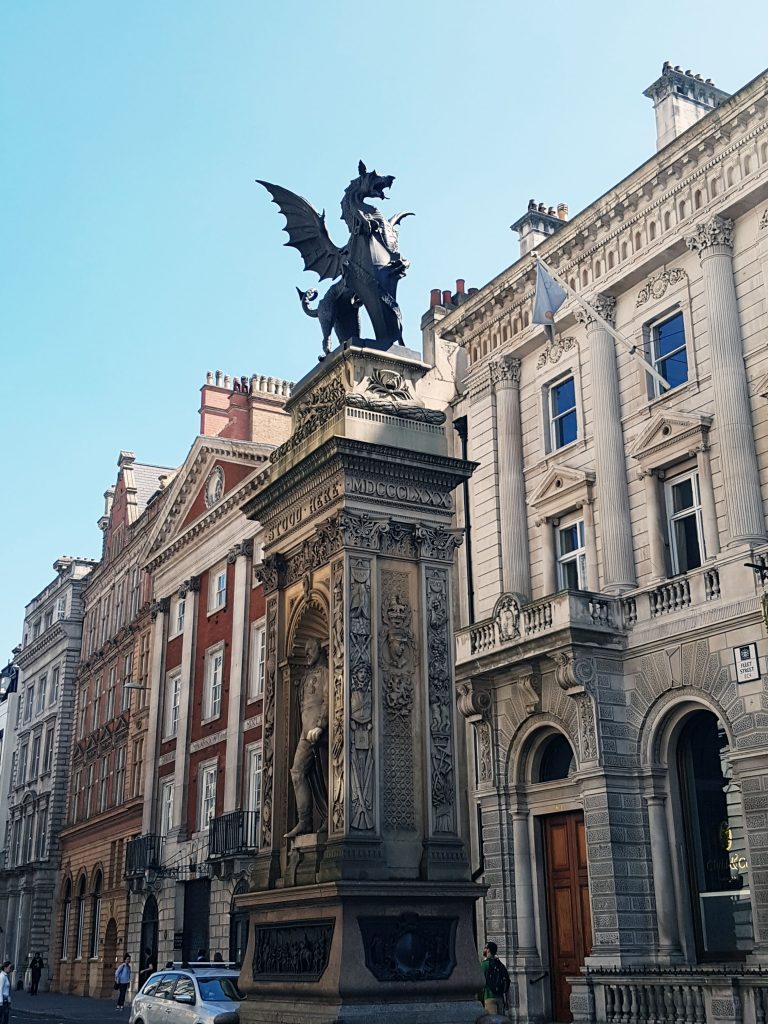 Just off Fleet Street, close to Chancery Lane is the old entrance to Clifford’s Inn. This was one of the defunct Inns of Chancery. Inns such as this were poorer imitations of the main Inns of Court.

At the end of Chancery Lane is a plaque marking the former location of the now-defunct Serjeant’s Inn. If a barrister was appointed as a Serjeant they had to leave their own Inn of Court and join Serjeant’s Inn. In 1877 the last remaining Serjeants sold the Inn and they returned to their original Inn of Court. 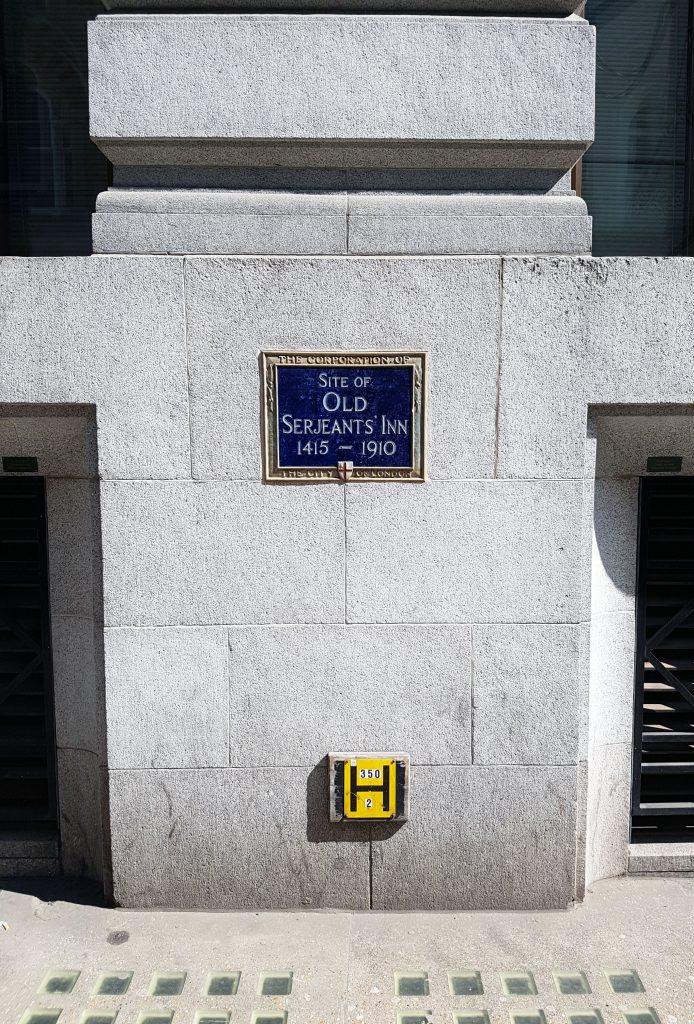 A little further along Chancery Lane is the building that served as the Public Record Office between the 1960’s until 1996. Now it is a library for King’s College. 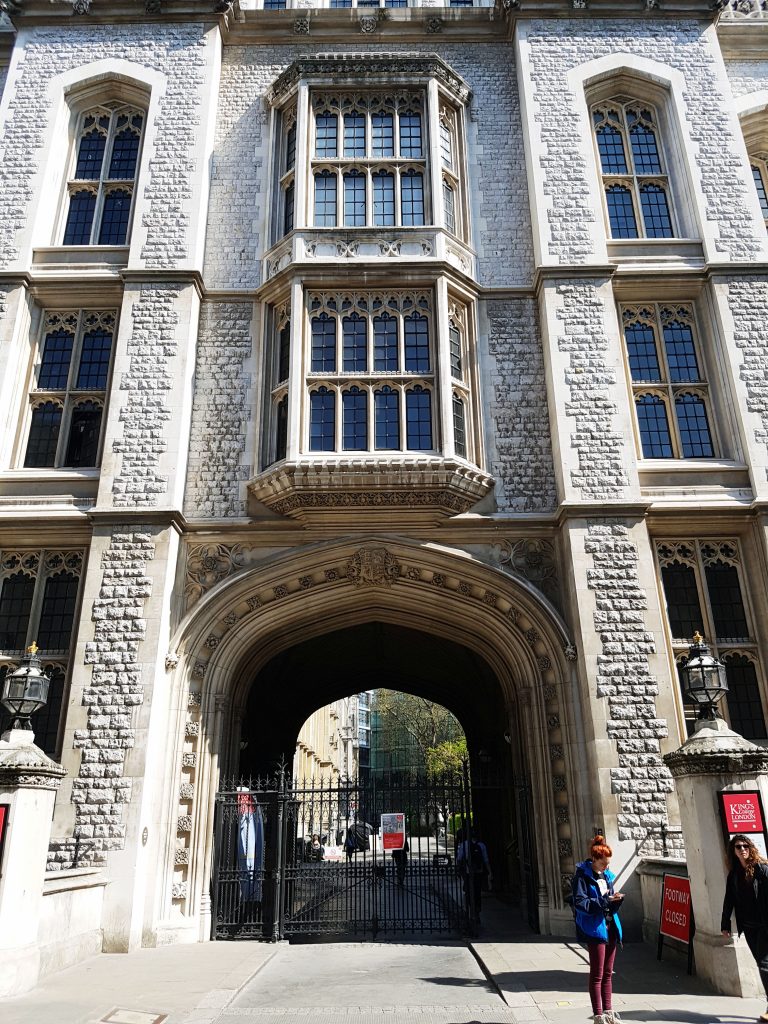 Directly opposite the King’s College library is the Law Society. These headquarters govern the solicitors’ profession. 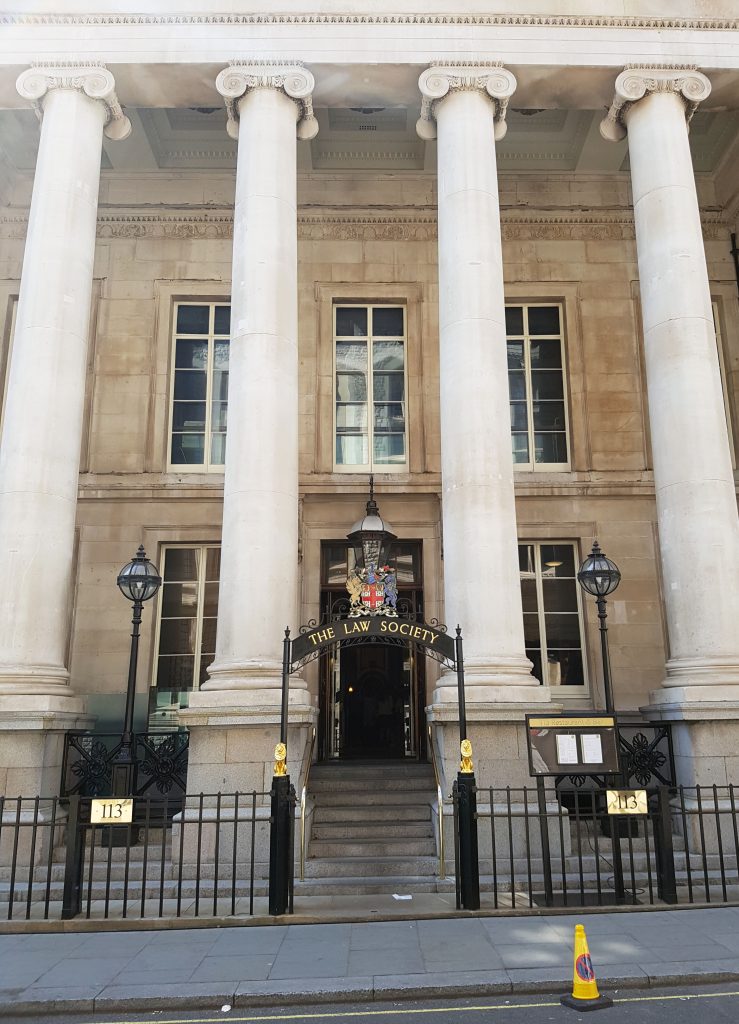 What I found fascinating was that the Inns of Courts were a place for peace and quiet. I had been to Temple Church before but did not explore its surrounding areas at all. The gardens amongst Inner and Middle Temple are incredibly beautiful. I remember thinking to myself this is in the centre of London and yet it feels like you’re in the countryside and not a city.

You see the rest of this walk in Inns of Courts part 2.

Have you been to Inner or Middle Temple?

Did you know what the Inns of Courts were?

Have you ever discovered peaceful hidden gardens?