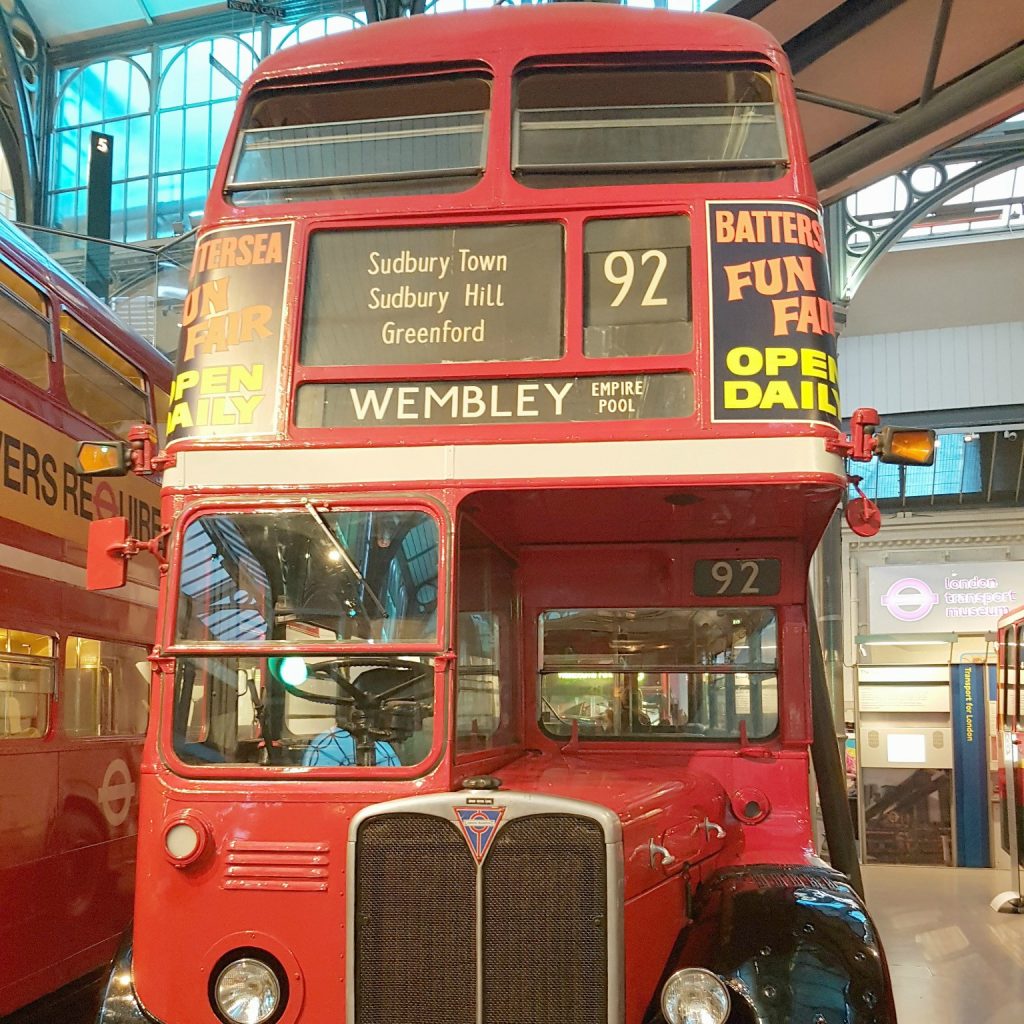 Imagine what London would be like without its transport network.

What would you do without that bus you usually take? How about no overhead train, even a delayed one? No tube to quickly get you from west to east or north to south?

Perhaps you drive so no problem. Well if there was no transport and everyone used a car imagine the traffic. It’s pretty bad at the best of times so with more cars on the road, ummm maybe walking would be better.

Unless the walk was 10-15 minutes away to work I wouldn’t like to be doing that five days a week. Where am I going with this? Well, the point I am trying to make is that without London’s transport network our lives would be completely different, maybe even impossible.

During my first visit to the London Transport Museum, I discovered how London changed during the 19th century from a city of unstructured development into the system that keeps London moving today.

For a while now I have been interested in learning more about London. The London Transport Museum, I had never been to before. I’d always known about it having been to Covent Garden many times but never took the time to visit. If you book online it is £17 for adults with those under 18 being able to go for free. What is great is that your ticket will become your annual pass. You can come back to the museum on multiple occasions from the date of your first visit. Not something I come across with London attractions. 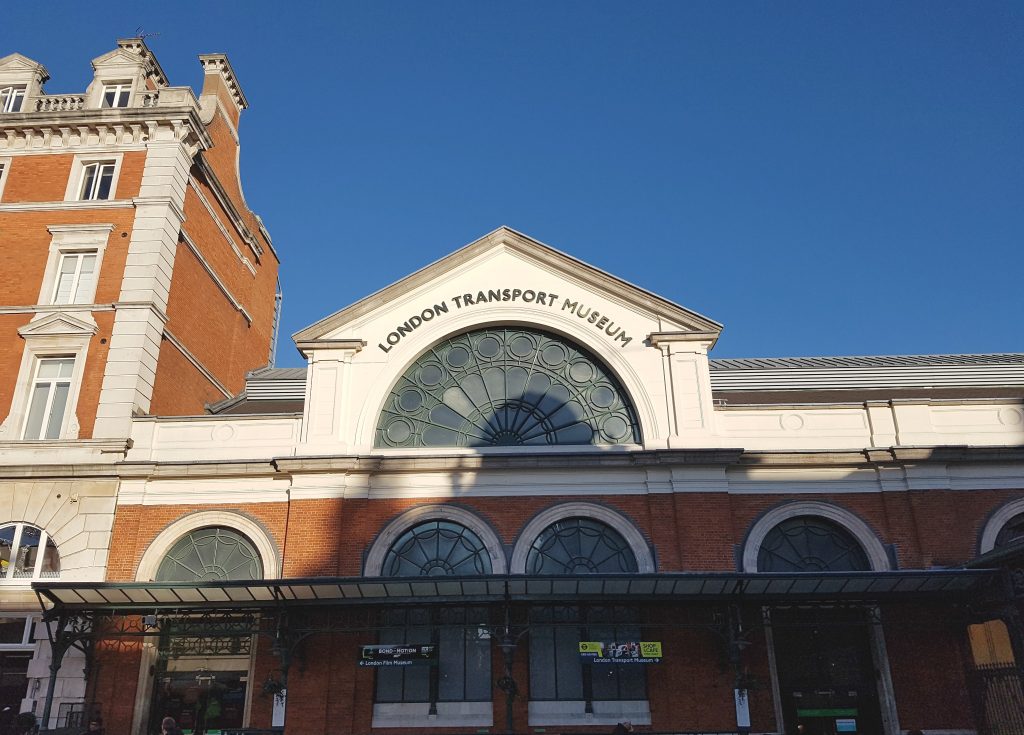 The museum is made up of four sections with plenty of information about London’s developing transport network from the 1800’s through to the present day. You learn about buses, trams, the railway and underground.

When you enter after showing or purchasing your ticket you need to follow a long ramp to the lifts that take you to the first floor. The first section of the museum begins with London in 1800. The omnibus became a common form of transport for all Londoners. They were horse drawn carriages that met a demand for affordable travel for working class people travelling from London outer areas into the centre. 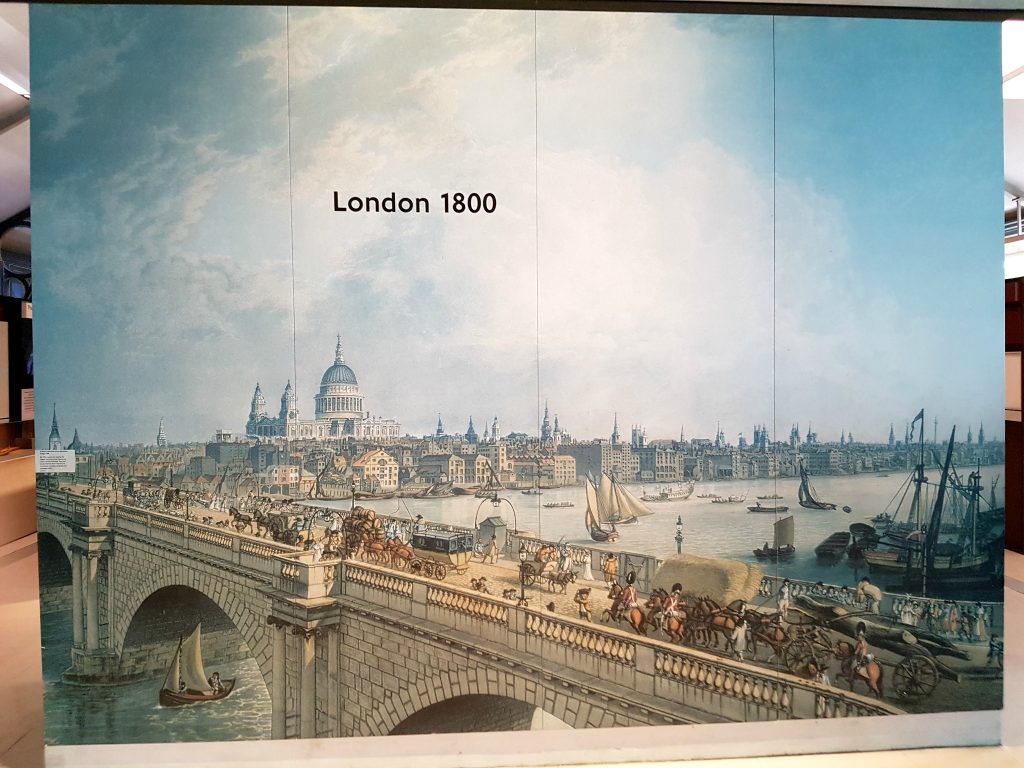 The life-sized models of the omnibus were surrounded with lots of information about London’s town planning structure, or lack of, and the development of the omnibus as a growing means of public transport. To get a real sense of what it was like at the time I advise reading as much information as possible. I spent a lot of time just in the first area because it was very informative. 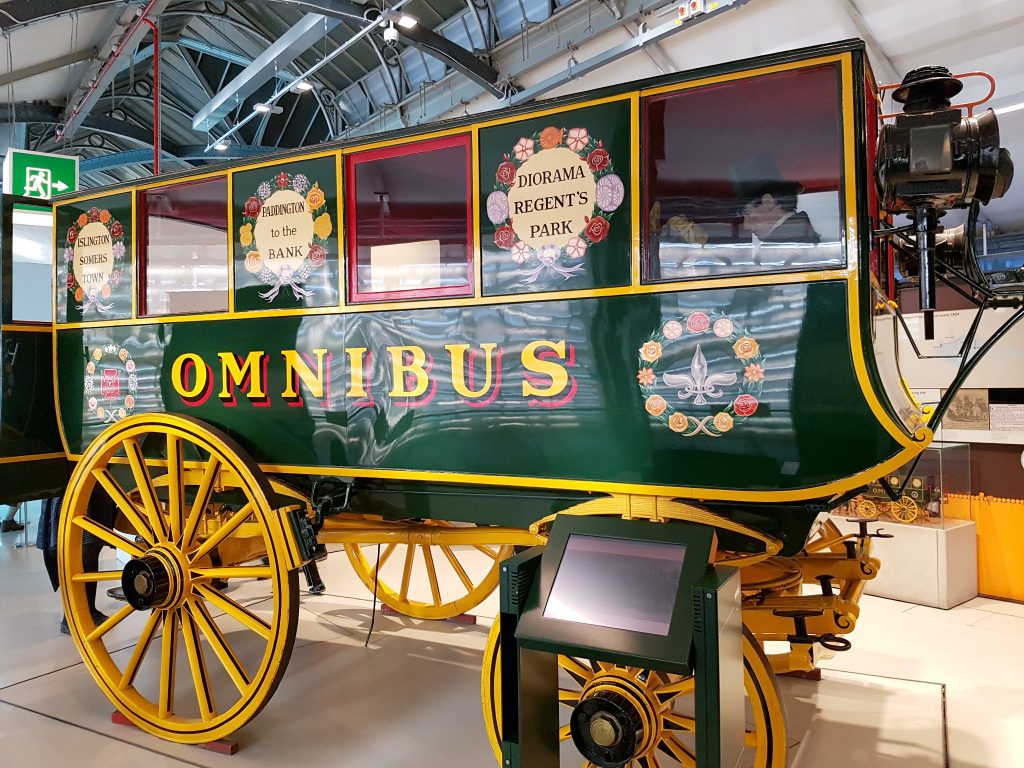 Developing on from the omnibus was the Horse Tram. This looked just like a double-decker omnibus. The bus was on a set of tracks and was pulled along by horses. It’s compact structure looked like an uncomfortable environment for commuters. There were also stairs to the top at the front and back of the tram. 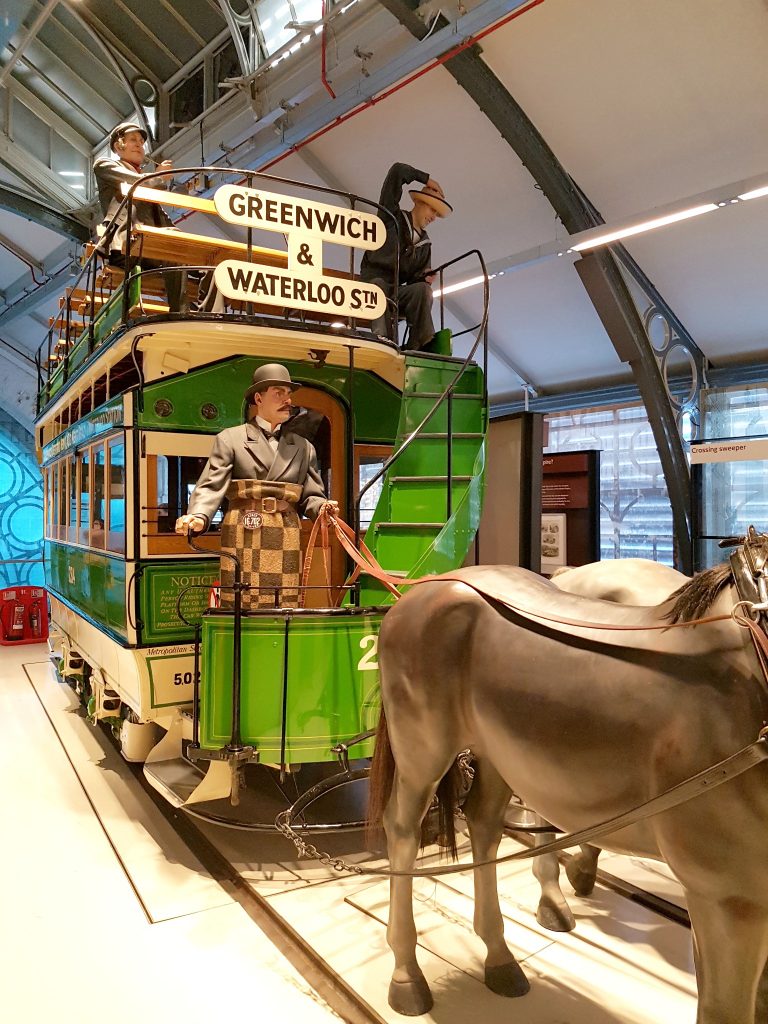 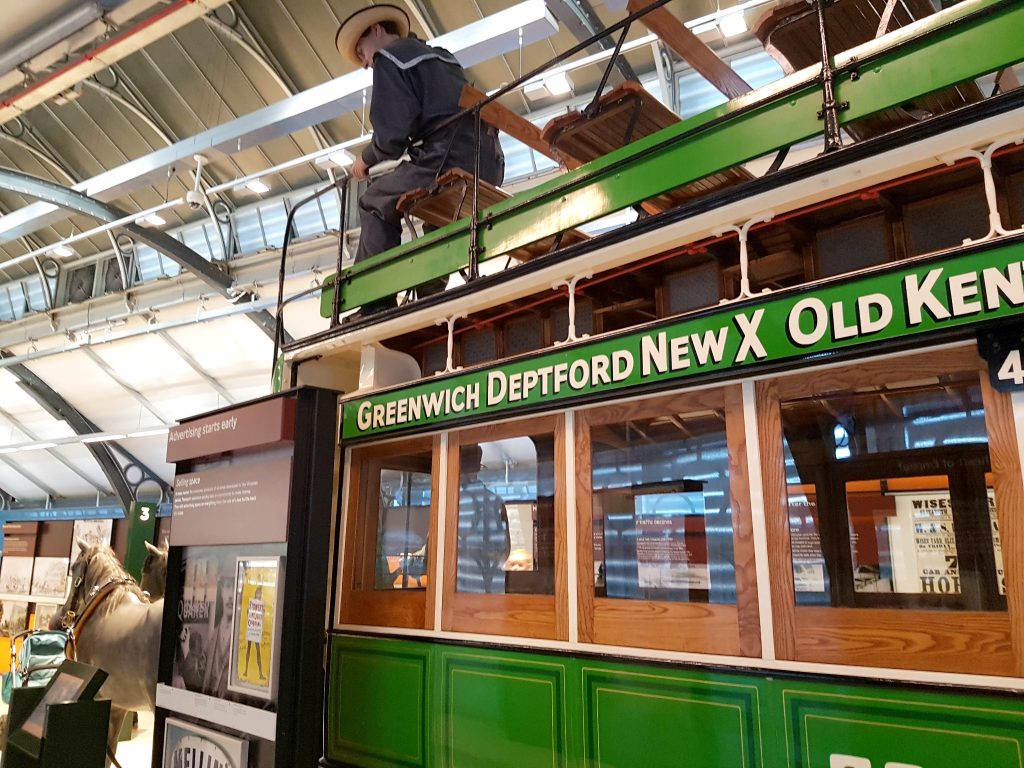 The River Thames and first railway

Alongside the development of the omnibus and horse tram, there was information about the old transport systems in place before the bus and first railways.

“The River Thames was a vital to London’s growth well into the 19th century. International sea trade made London the busiest port in the world by 1800.”

The Thames was also a barrier. For centuries there was just one crossing point, London Bridge. By 1800 only two more bridges, Westminster (1750) and Blackfriars (1769), had been added.”

Can you imagine that? With how busy the Thames was and with only three bridges in the centre of London things must have been pretty chaotic.

1833 was when the first London passenger railway began construction to run from London Bridge to Greenwich. It was completed in 1838 and was mostly above ground. London’s first major railway stations were London Bridge (built 1836) and Euston (1837). Fast forward to 1900 and we can see how much London railways had expanded. 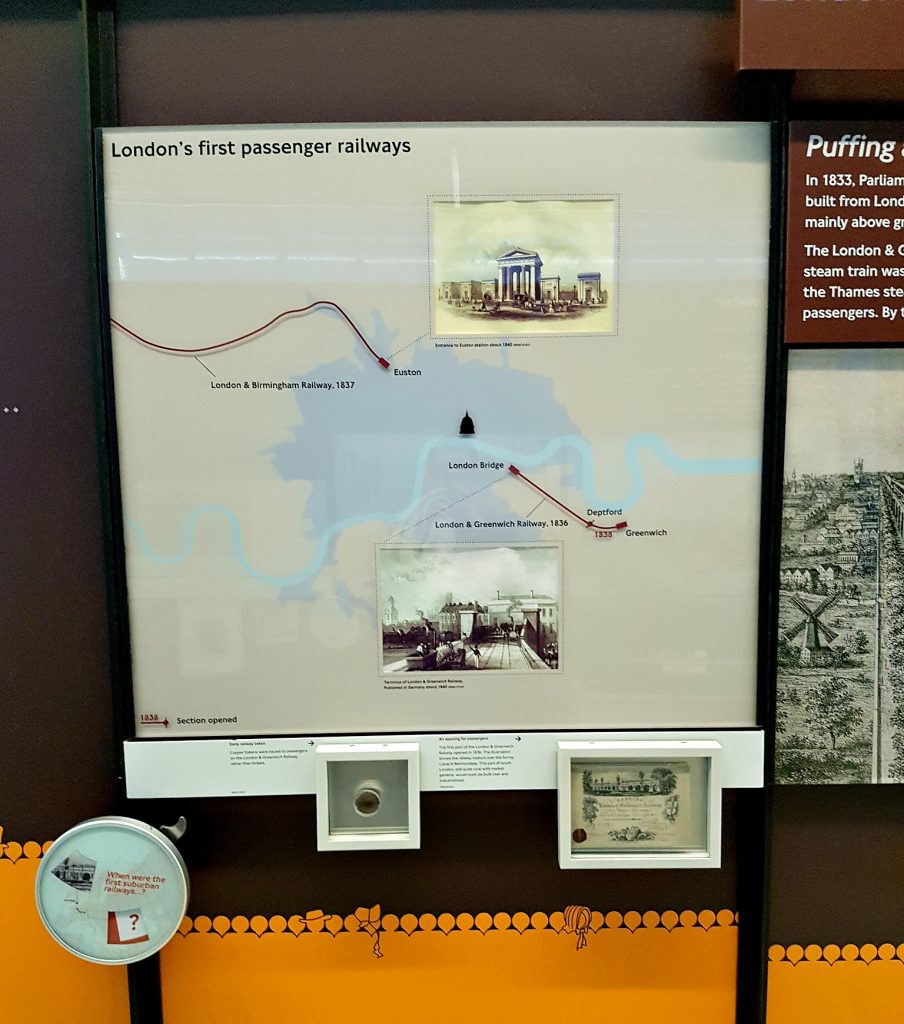 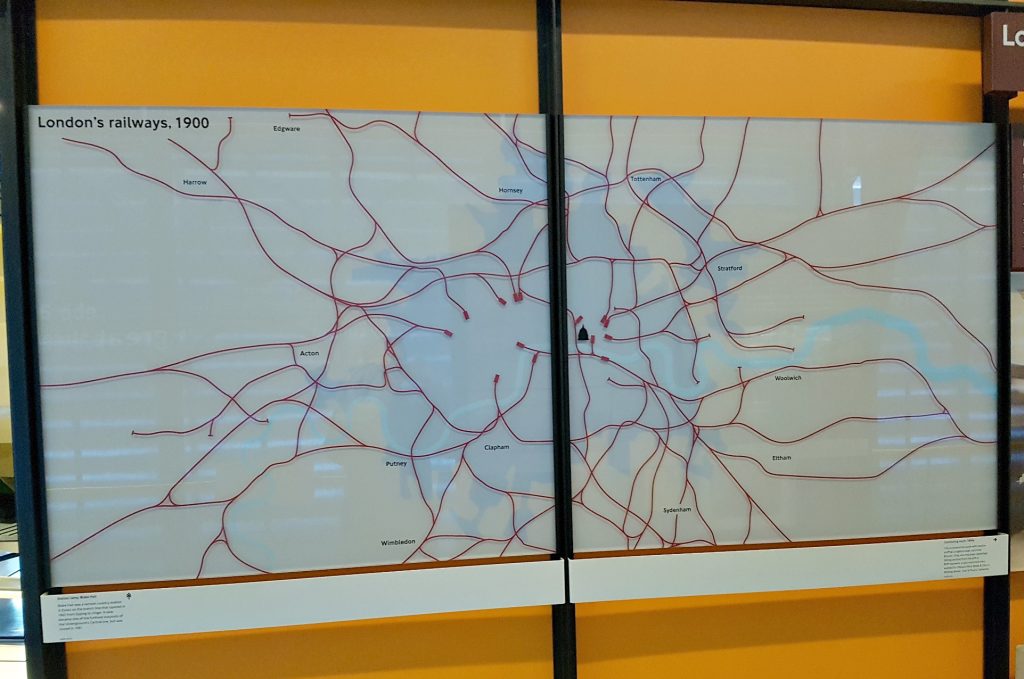 After finally reading almost everything in section one I moved downstairs to learn about the early underground trains. The late 1800’s saw the development of the first underground lines. In 1863 The Metropolitan Railway became the world’s first underground railway between Bishop’s Road (now known as Paddington) and Farringdon Street. The line was extended from Baker Street to Swiss Cottage in 1868. On Christmas Eve of the same year, the District line opened between South Kensington and Westminster. In 1884 what we now know as the Circle Line was completed linking up the Metropolitan and District lines.

On show was an example of one of the first underground trains, a Rickmansworth carriage. The seats were the width of the carriage with doors on either side. The seats were facing each other and divided into compartments. There were women only areas too.

Displaying this on showed how different the trains were to what we have today. You are even allowed to go into the carriage and get a true feeling of the space. Imagine using this train during rush hour! 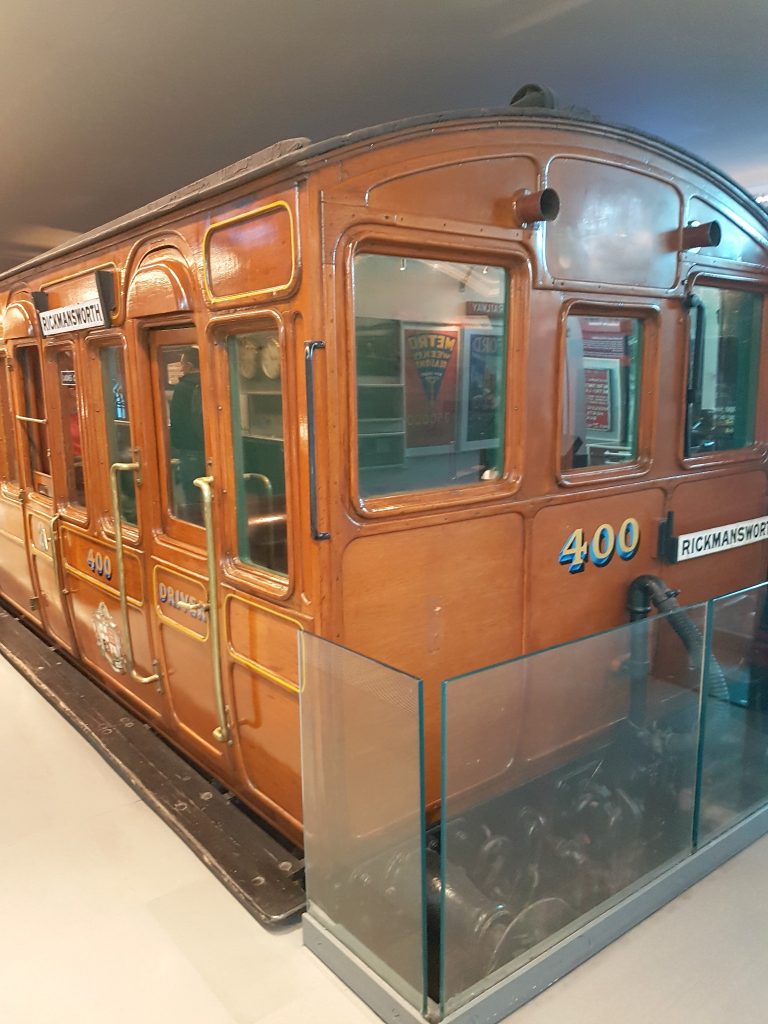 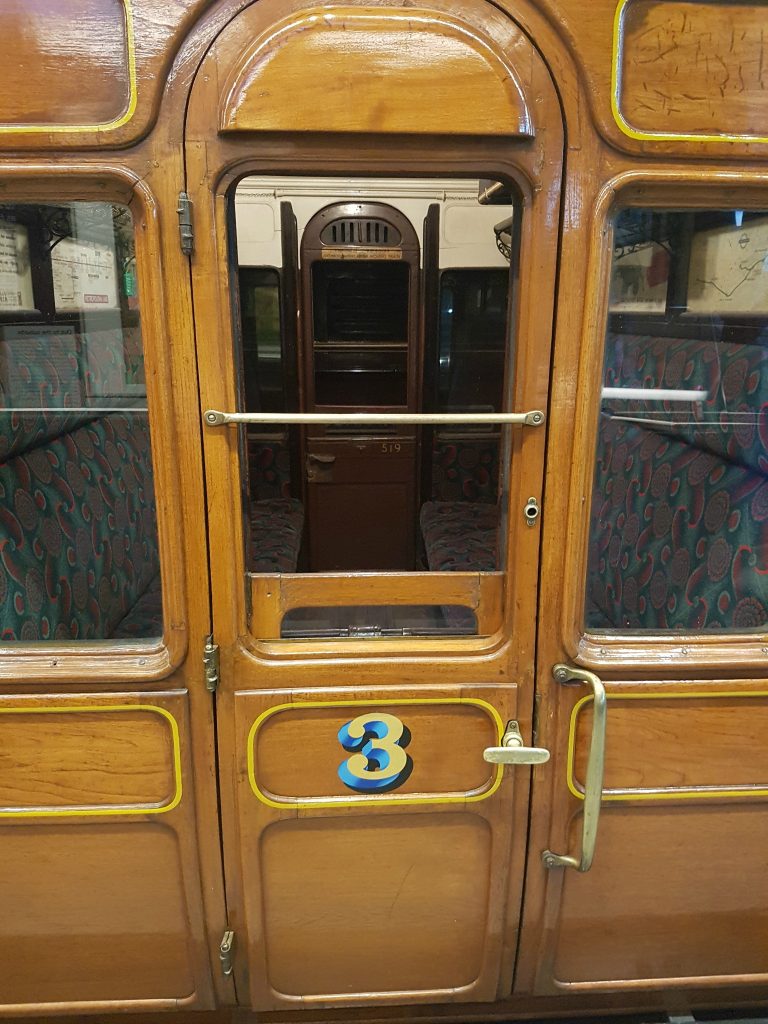 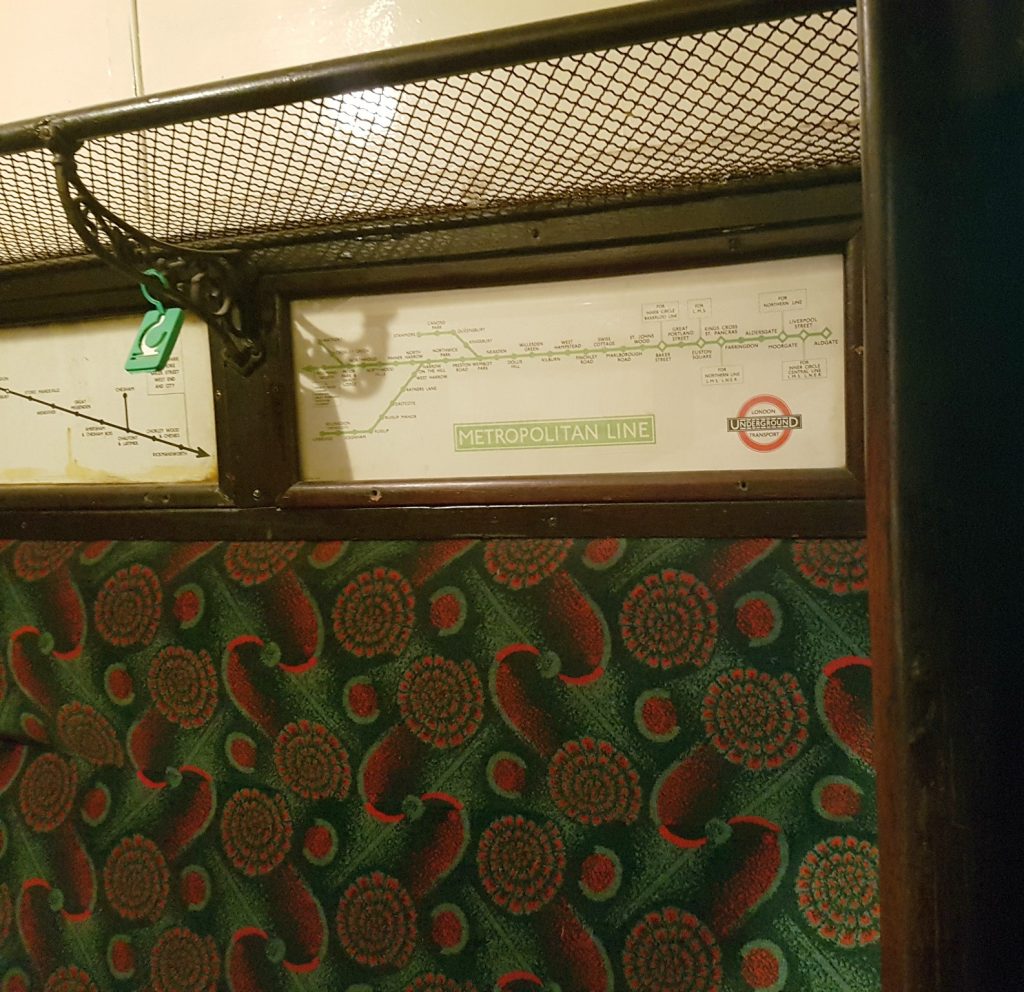 Before continuing I have a quick quiz for you based on the current Underground network. Give it a go. Answers will be revealed at the end of the post. 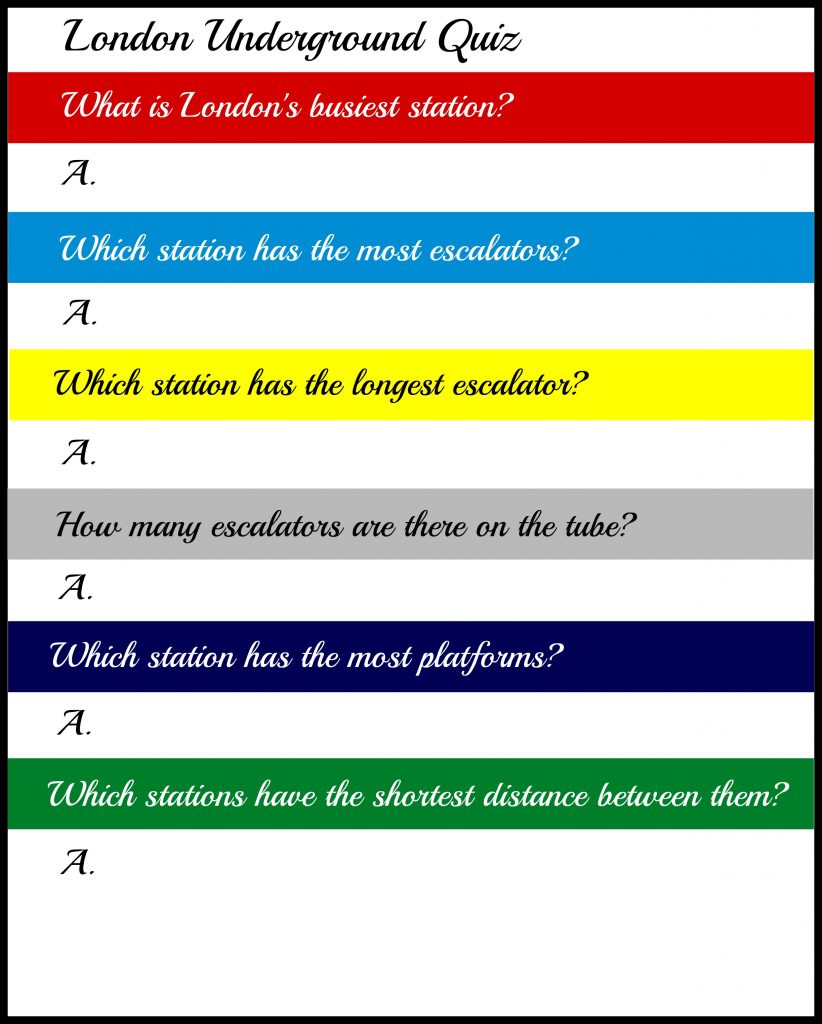 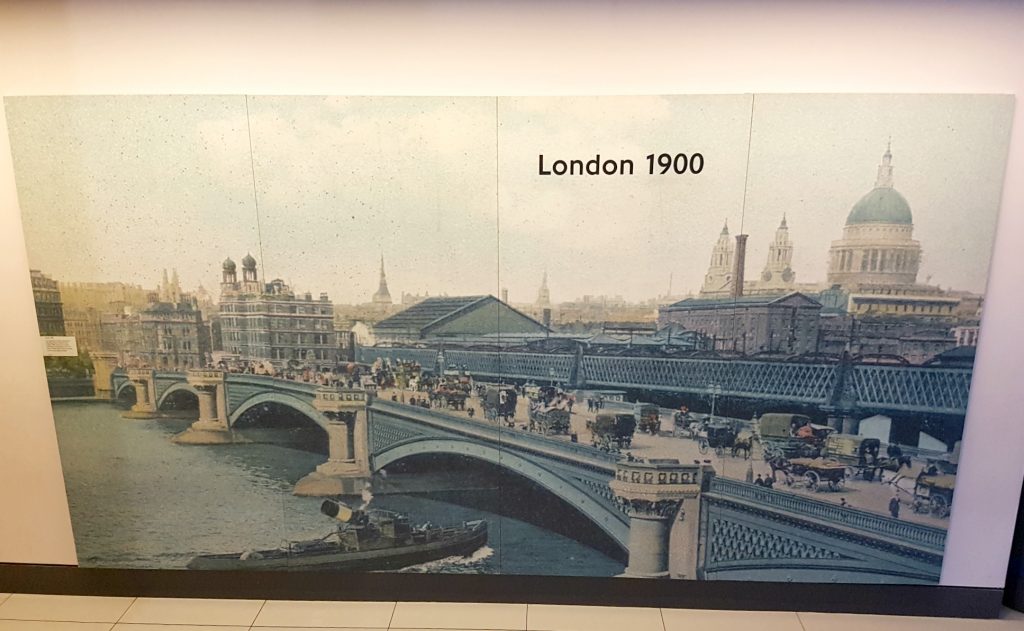 Moving down to the ground floor is the third section of the museum, London 1900. The fact on the giant graphic is very interesting to consider. 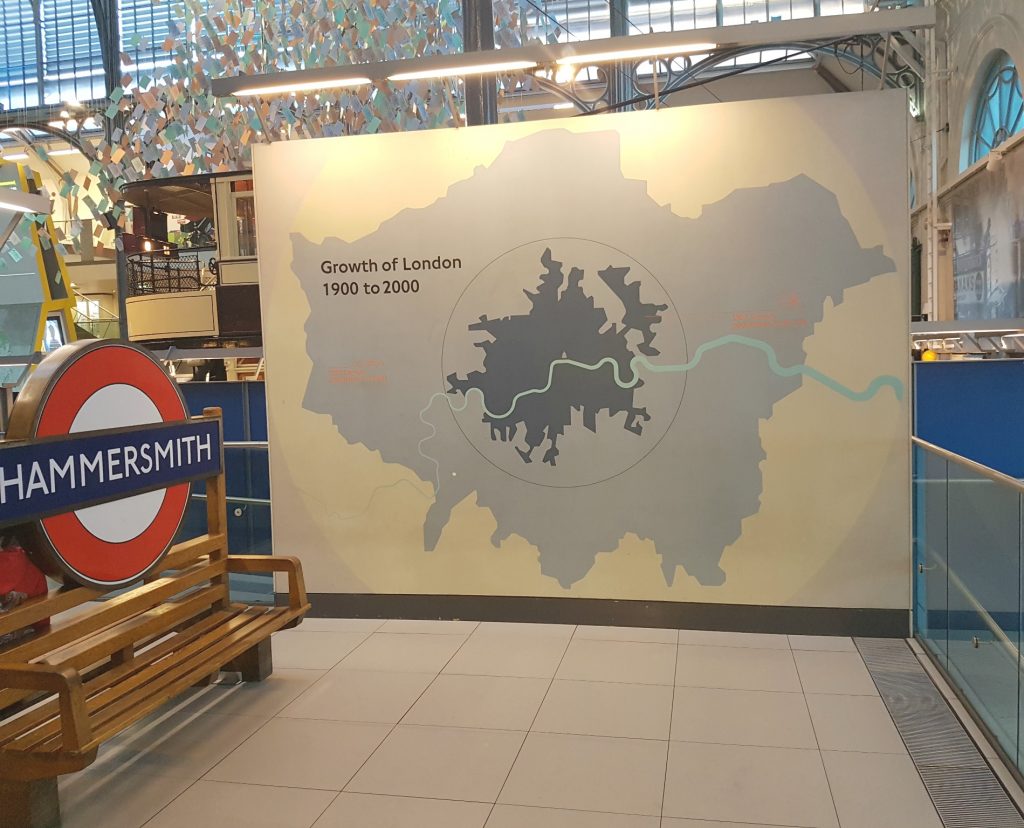 This section of the museum gives us information about the London Underground development through the 20th century. This covers:

There is a cool video showing the evolution of the tube map through the 20th century as the network grew and adapted to the cities demands.

The end of this section focused on the undergrounds influence on design. As the underground grew in the 1900’s it became a platform for advertising and inspiration. On display are examples of campaigns, signage and art. Amongst all the pieces the one I remember most in the poster “The Tate Gallery by Tube” from 1987. A clever piece of work. 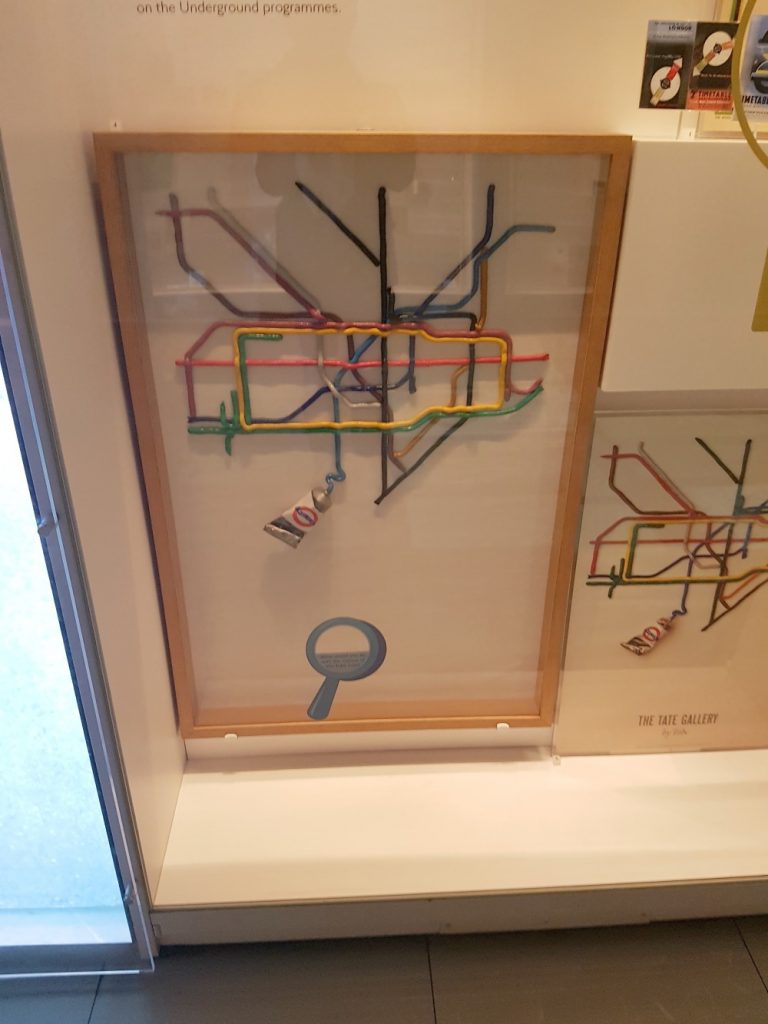 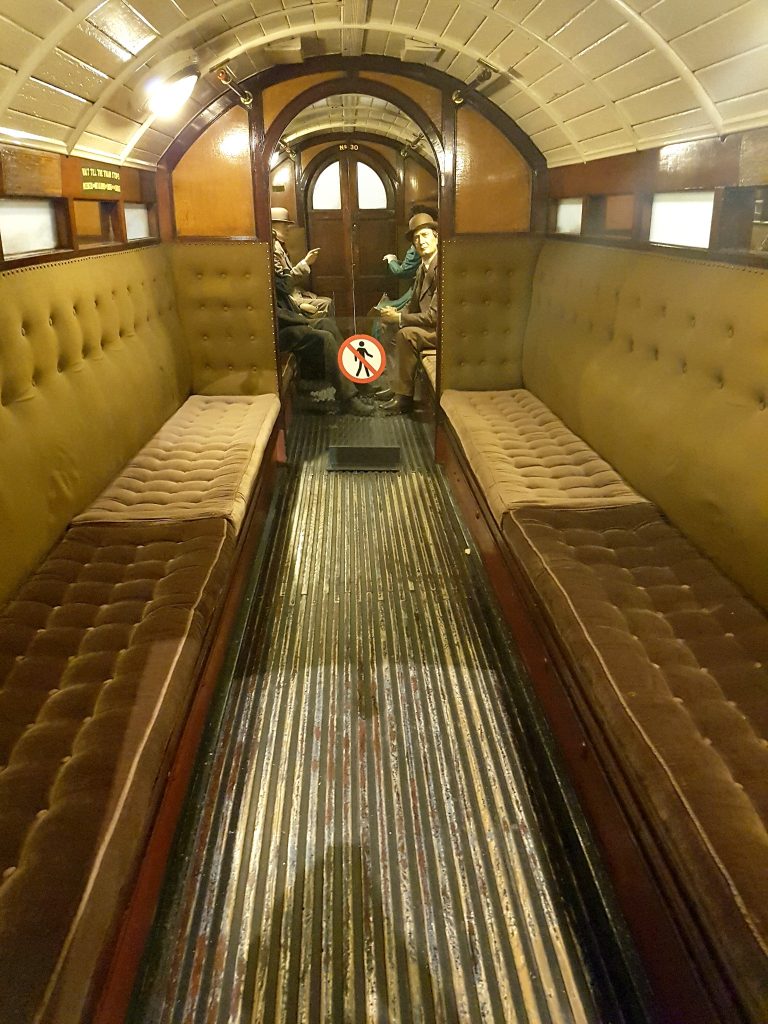 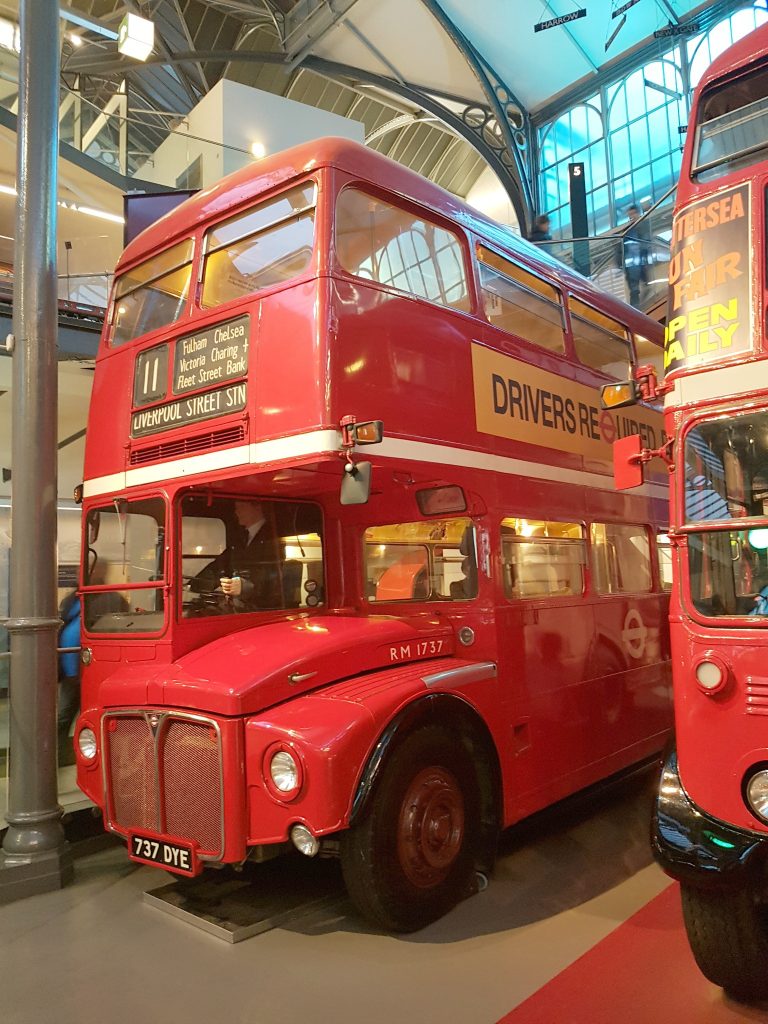 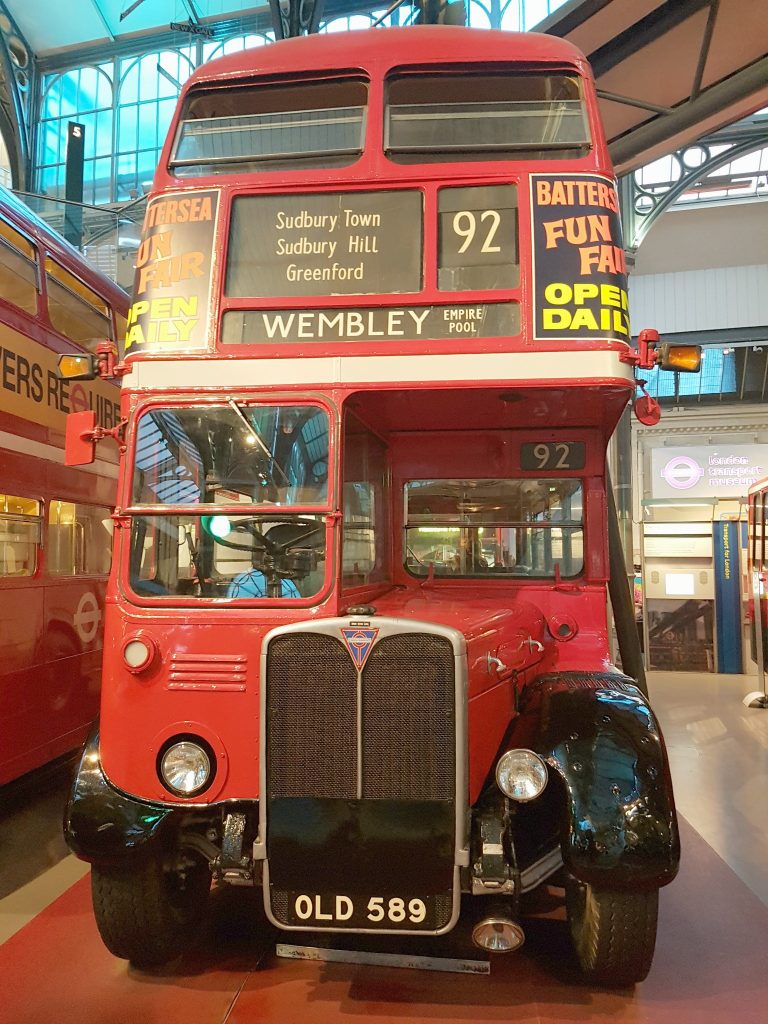 The overall experience of the museum is about learning. There is no attraction as such, in terms of interaction or queues to see something. Reading the information on display is what will make a visit to the museum worthwhile. Only by doing this can you really understand the history of London’s transport. We all experience transport in one form or another and to understand how that has changed to be the thing that we almost take for granted now is important.

On the way out of the museum is an area that showcases the new stations being built for Crossrail. The designs of the stations look incredible and each is unique in its own specific way. That’s the next step in London transport. I wonder what it will be like at the end of the 21st century??

By the way the museum shop is free to enter and has some really cool items. The first floor has an extensive book area centred about transport plus there is a cafe too. I brought a Victoria Line mug! 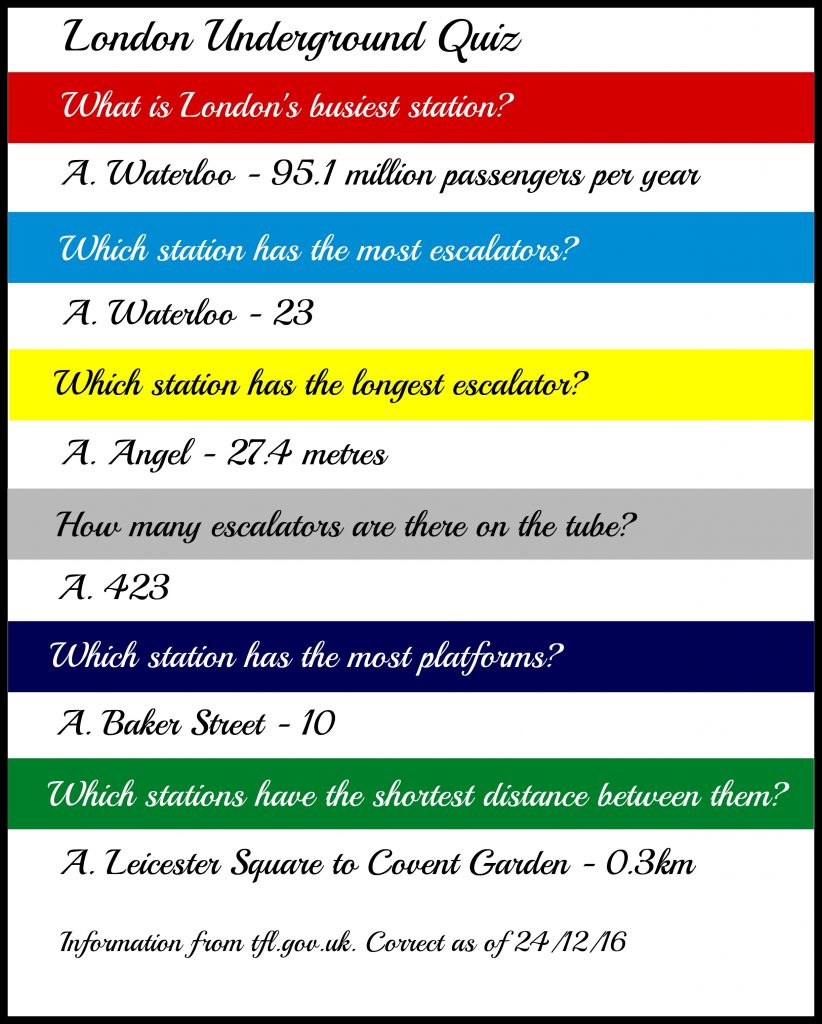 Have you been to the London transport museum?

Does London’s transport history fascinate you?

How did you get on in the quiz?