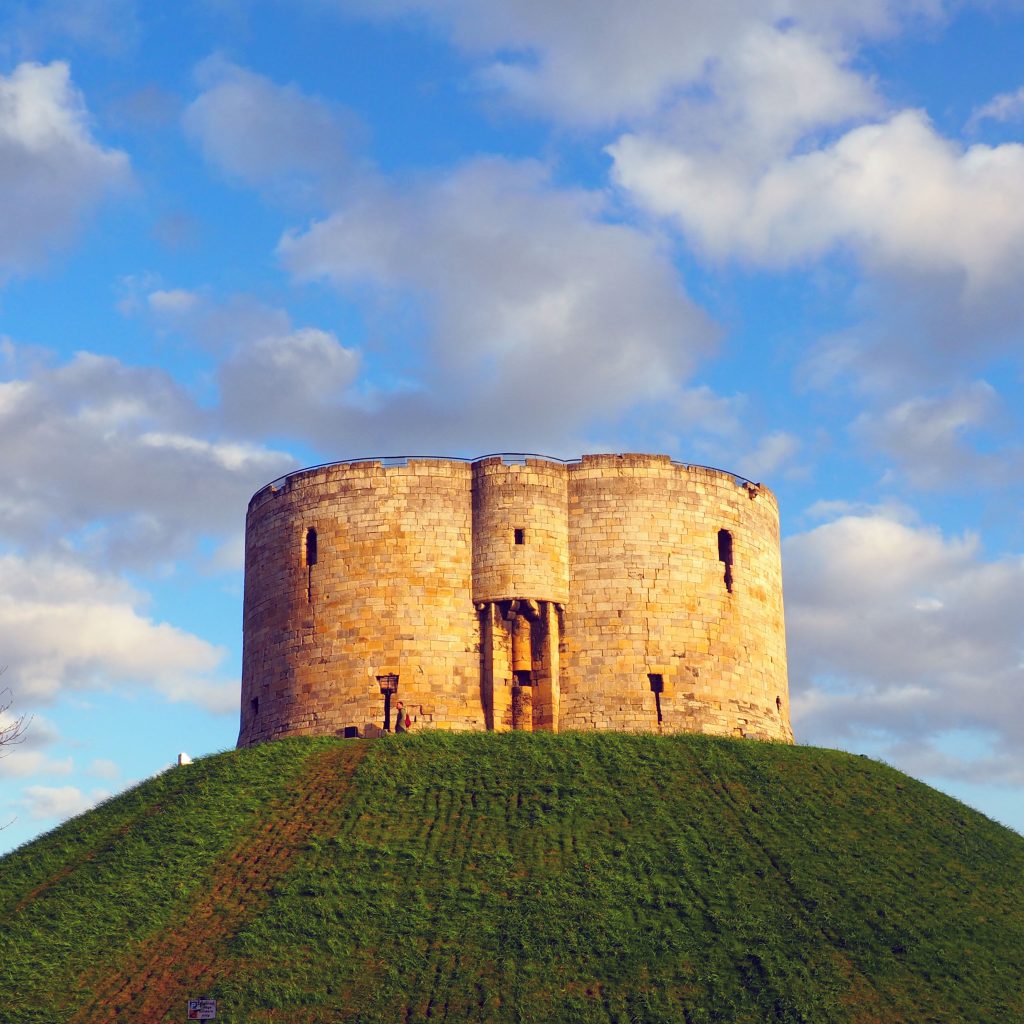 What do you do on an Easter bank holiday weekend? My tendencies are to rest and completely chill out. Not the worse plan in the world considering the hectic lives we all lead. However, in 2017 I was going to do something different. I wanted to travel somewhere new and start ticking off the places on my travel wish list.

So where to go? Well, I do love cities with medieval ruins and where historic architecture is woven into modern culture. Now that could be so many places in the UK, but one I have been meaning to go to next is York. Over the past few years many people have said, “Oh you should go to York” or “York is beautiful you’ll love it”. Enough hearing about it, time had come to experience it myself.

To really make the most of the bank holiday weekend I decided to travel to York on a Thursday afternoon. I stayed for three nights meaning that I had two full days to explore York.

I have split this post into two parts with plenty of photos and less of my wise words. Hope you enjoy.

After setting my stuff in the apartment I went for an evening walk. Across the road was part of the city wall, something I loved. Clifford’s Tower was just a few minutes away so I walked up the steps to stand just outside the tower. The tower overlooked the York Castle Museum, which I was planning to visit the next day.

I walked through a part of the city centre and across a bridge over the River Ouse. The views were fitting for my first night in York. I was ready for exploring the city proper the next day. 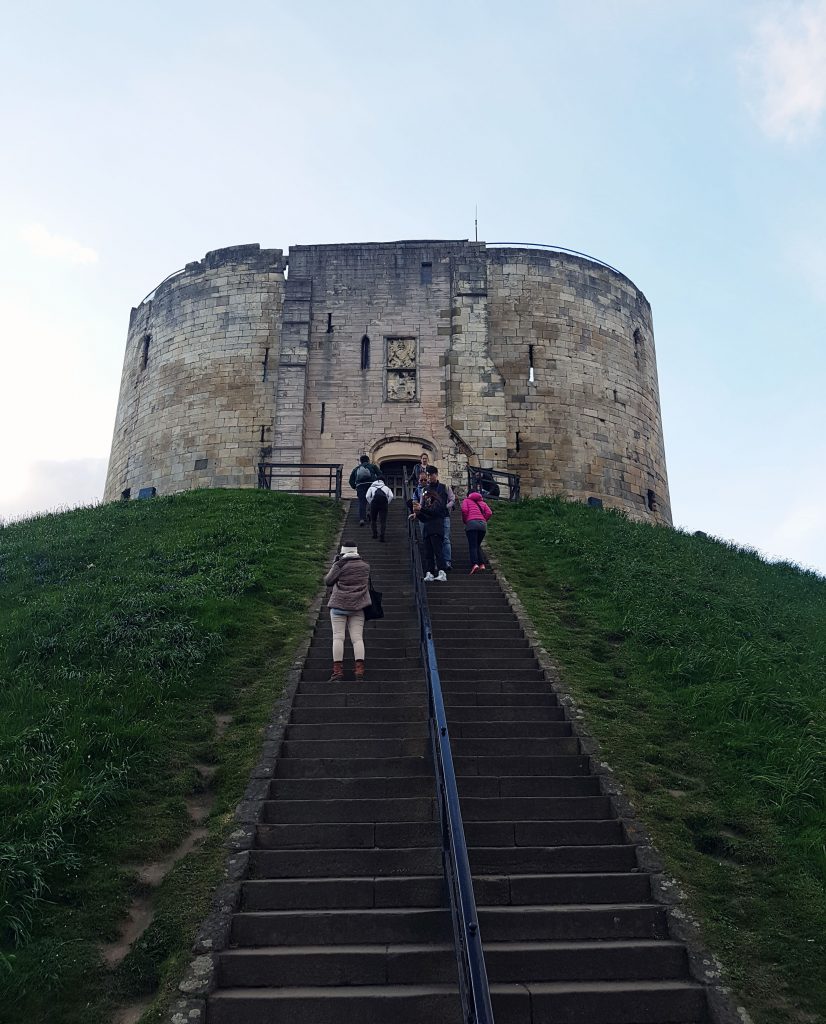 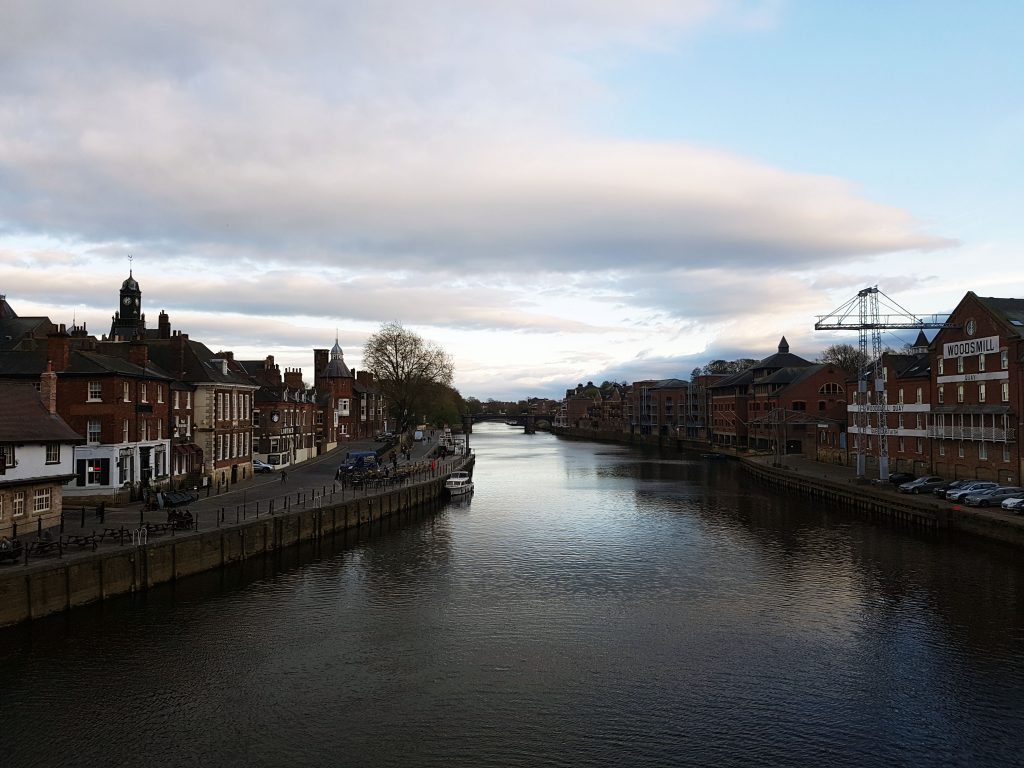 Rain was in the air on Friday morning but it didn’t hang around. What did though throughout the weekend was a cold wind. Blue skies were visible but it was cold as hell. I picked up a cold on the first evening so the weather was not helping. However, that wasn’t going to stop me exploring.

The Castle Museum was split into several areas with its two main sections being: Victorian Life and the Prison. After looking through several displays of Victorian life and how fashion changed over the last few centuries, you were lead onto a Victorian street. As soon as I was there what I noticed was the smell. The street was brought to life with not only how it looked, but also by its smell, sound and touch. For me, the experience was done so well that the smell in some areas was making me feel sick. 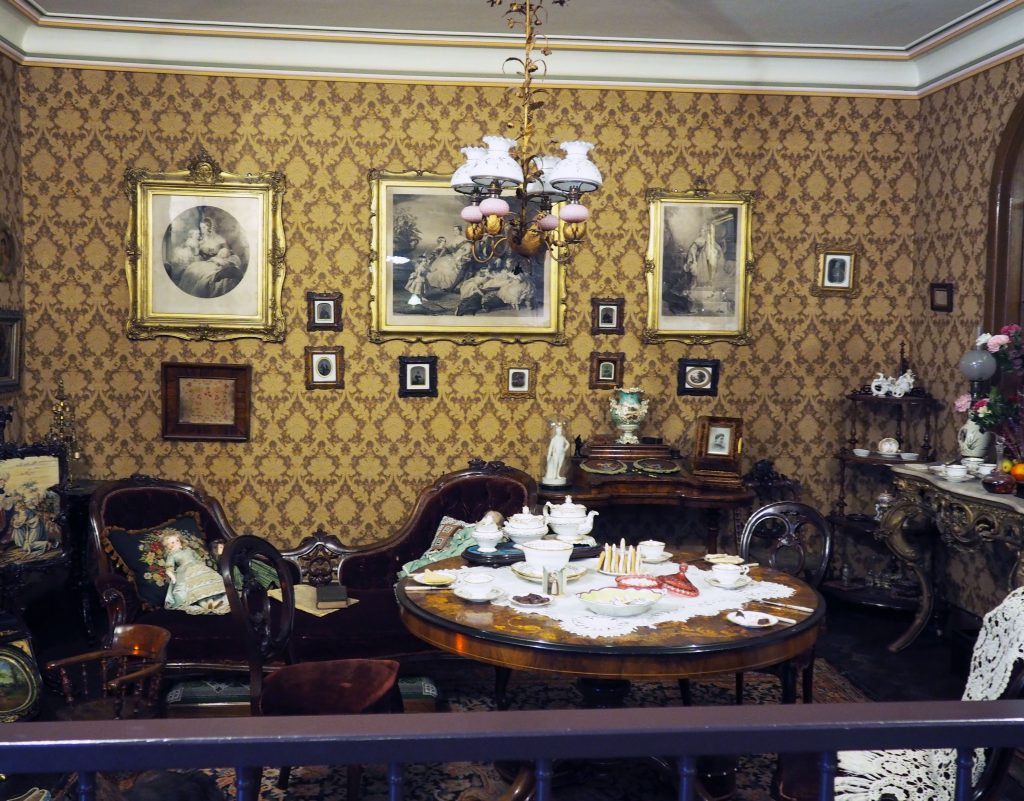 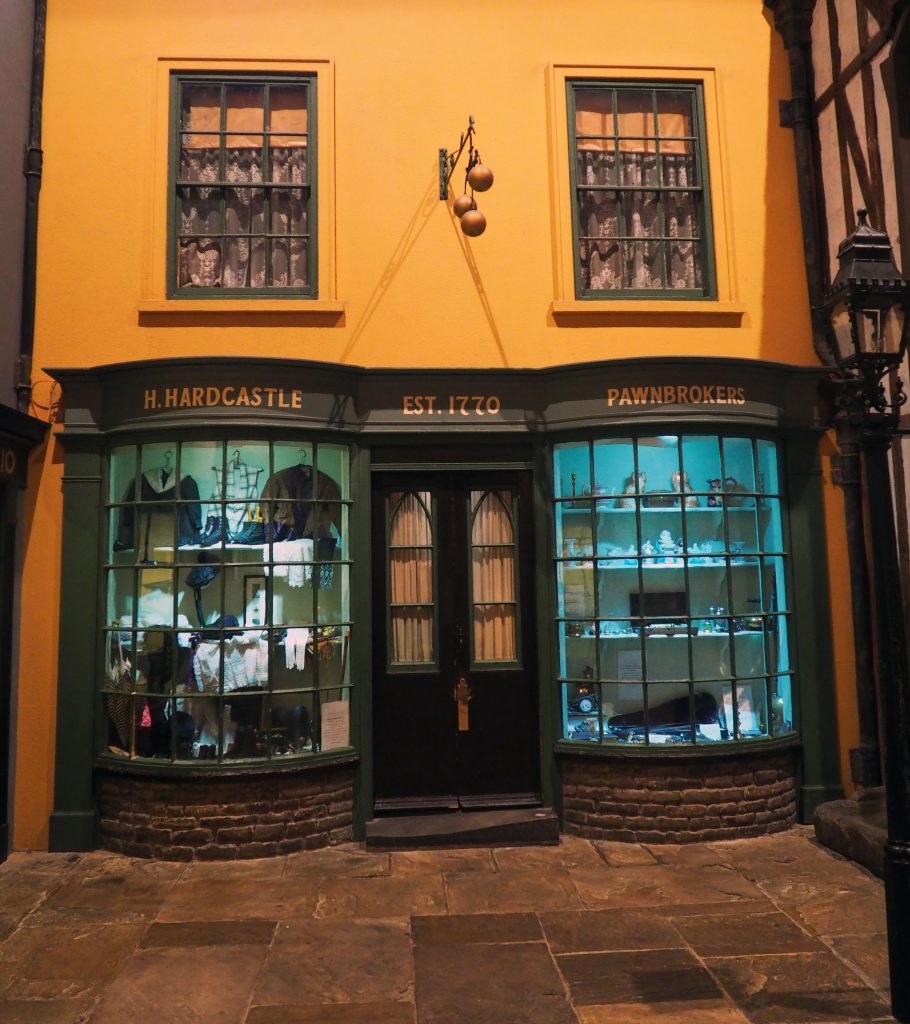 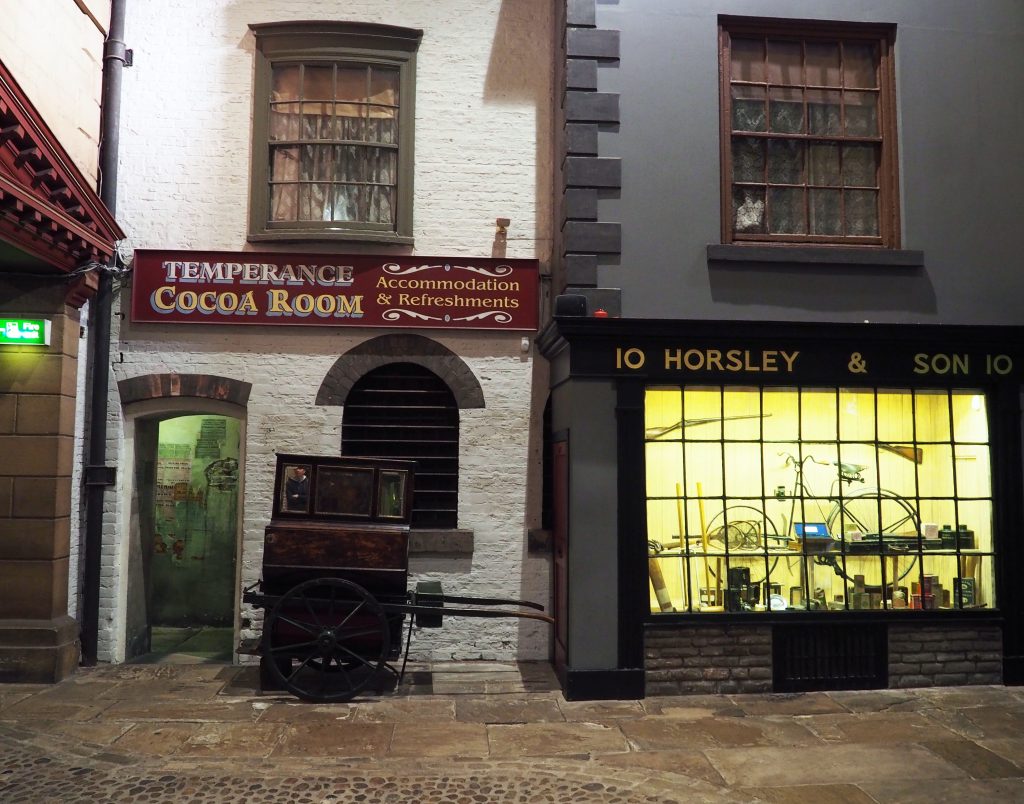 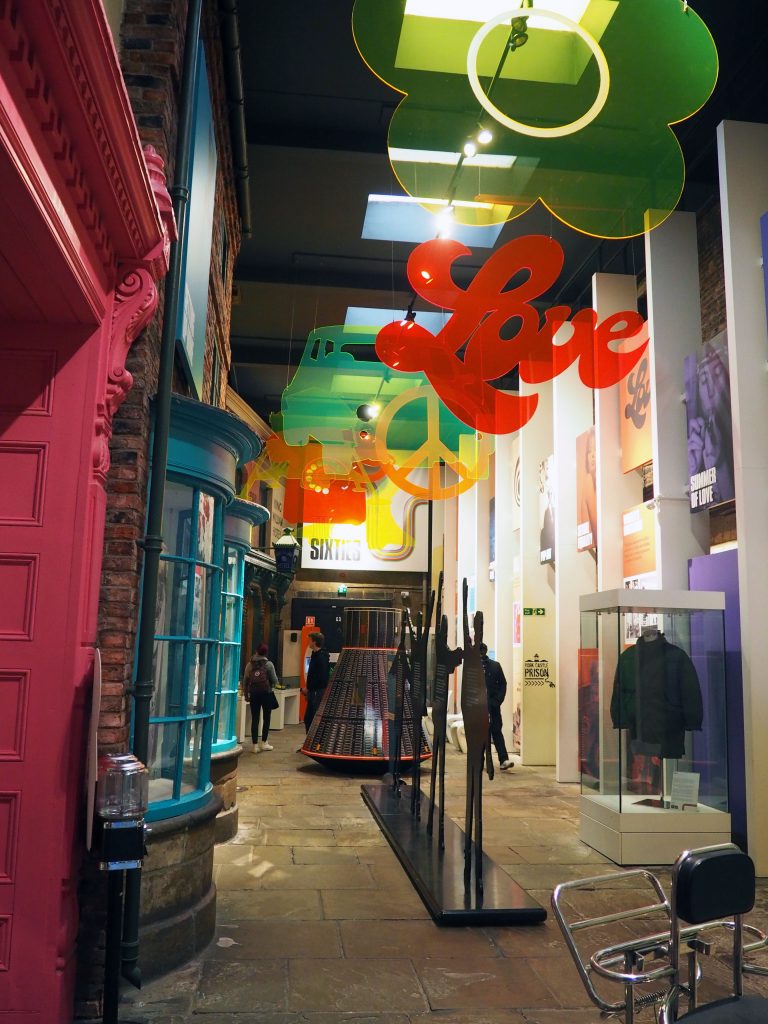 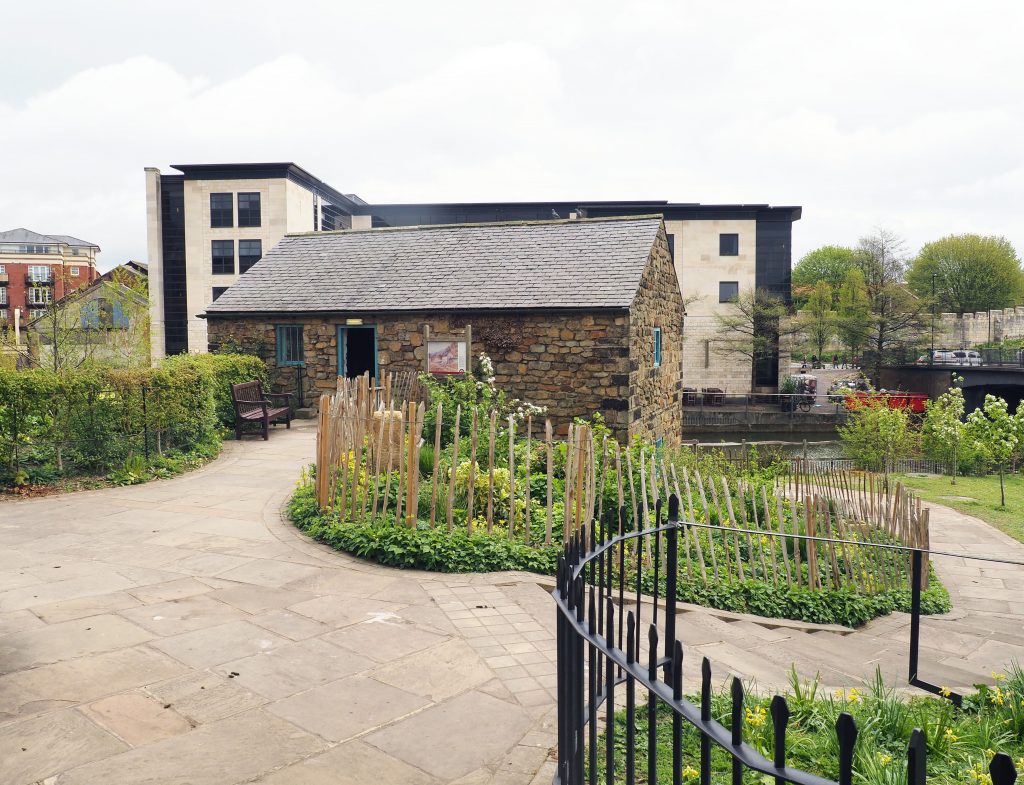 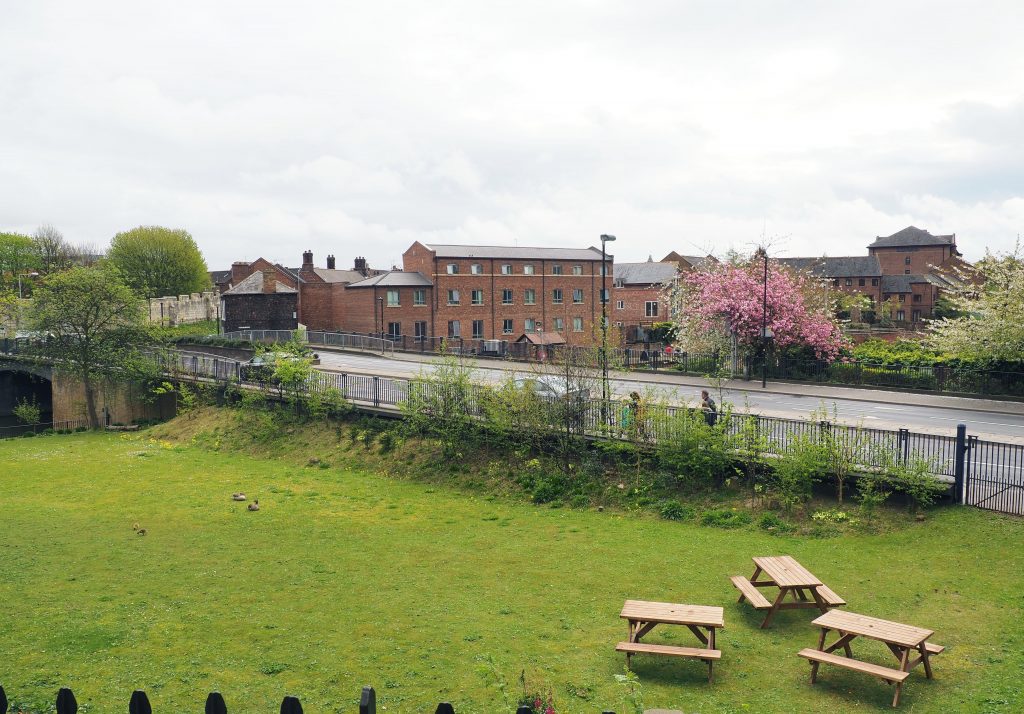 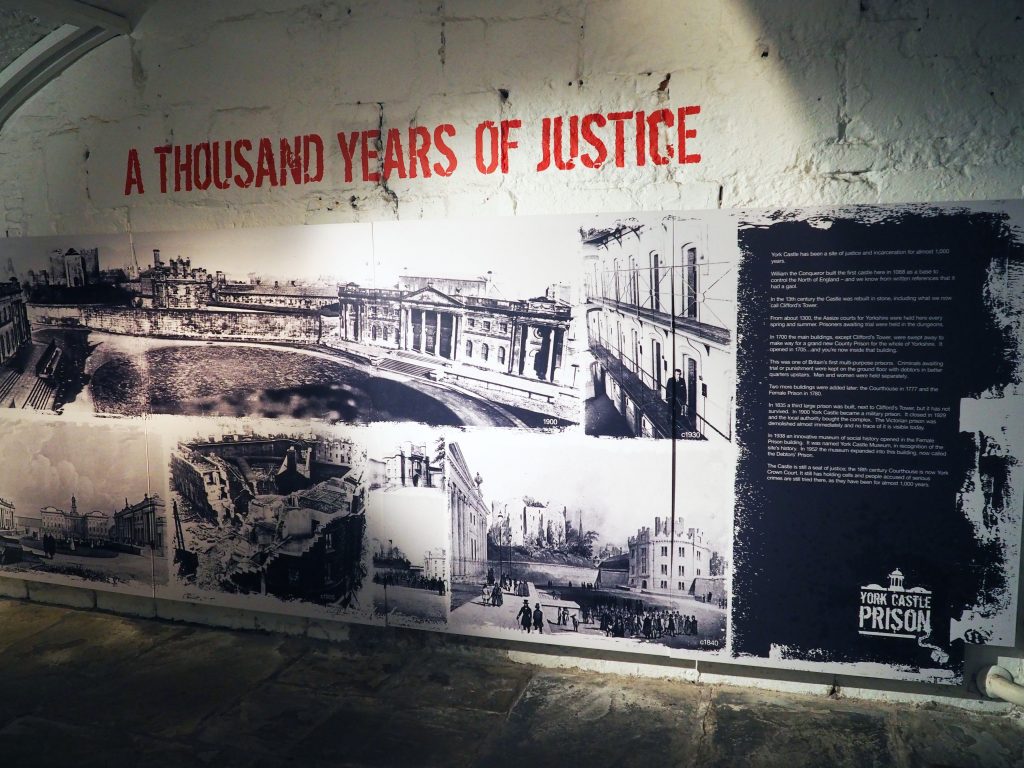 There was a little queue to get into Clifford’s Tower. I wondered why it was taking so long for people to buy their tickets and get through. It was because the man selling tickets, in the tiniest ticket office ever, was so friendly and he was just having a quick chat with every single person who came through. The Tower was a real ruin and I loved being able to touch and feel its history. The views of York were great and you can get a very good site of York Minster. 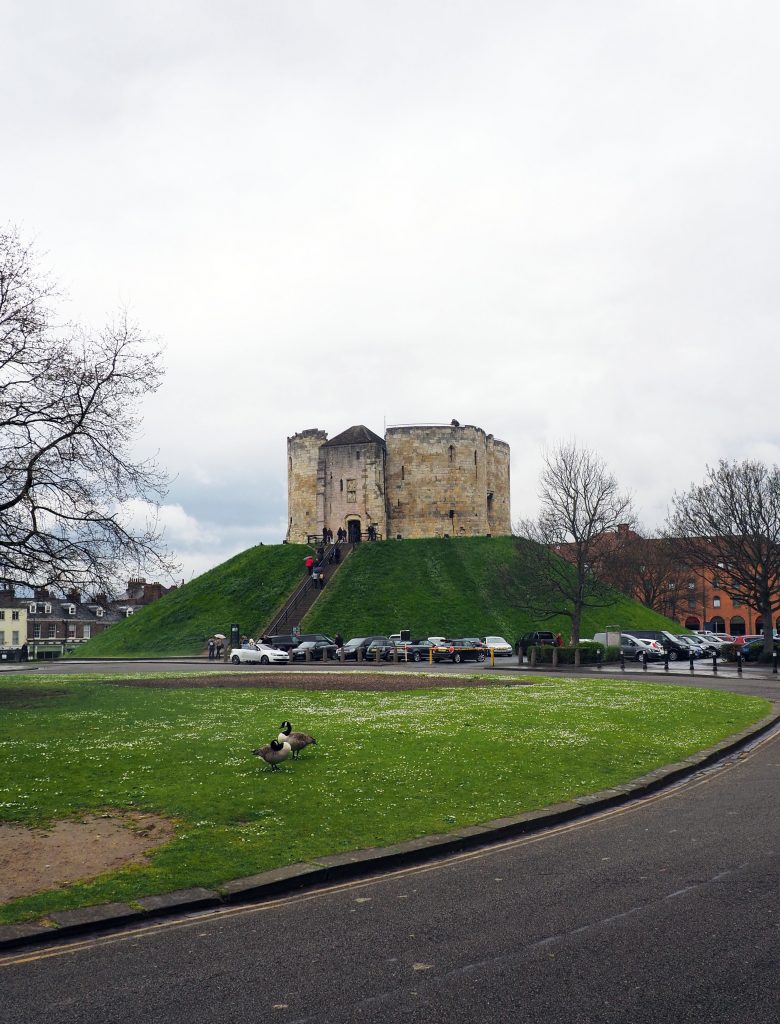 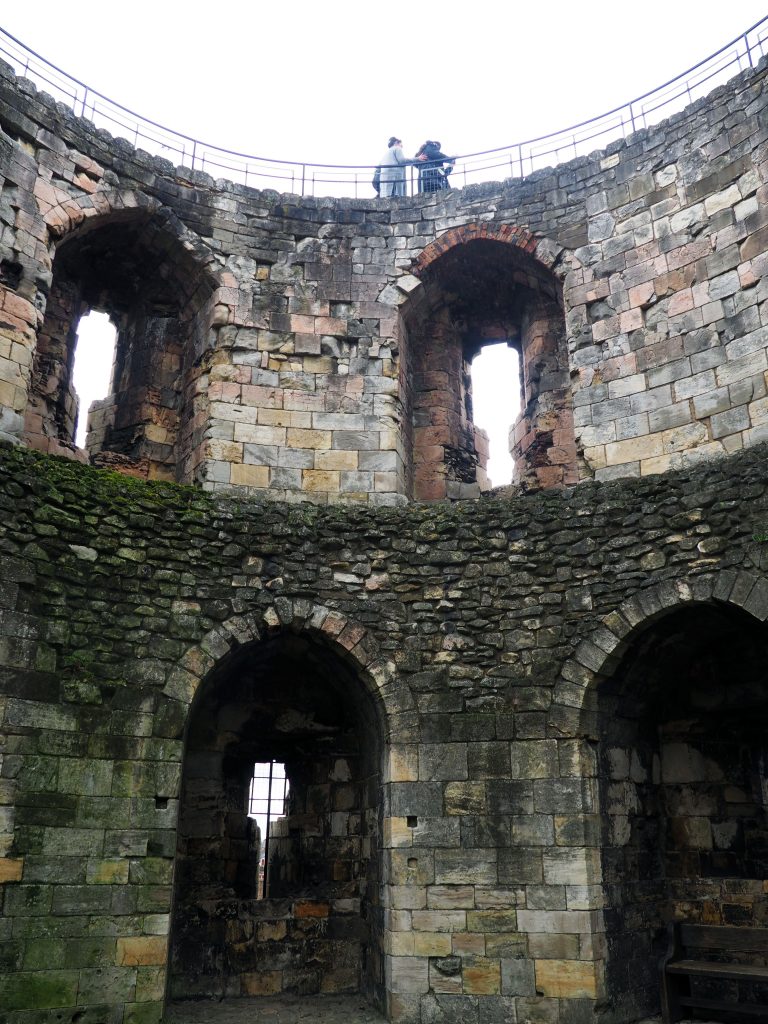 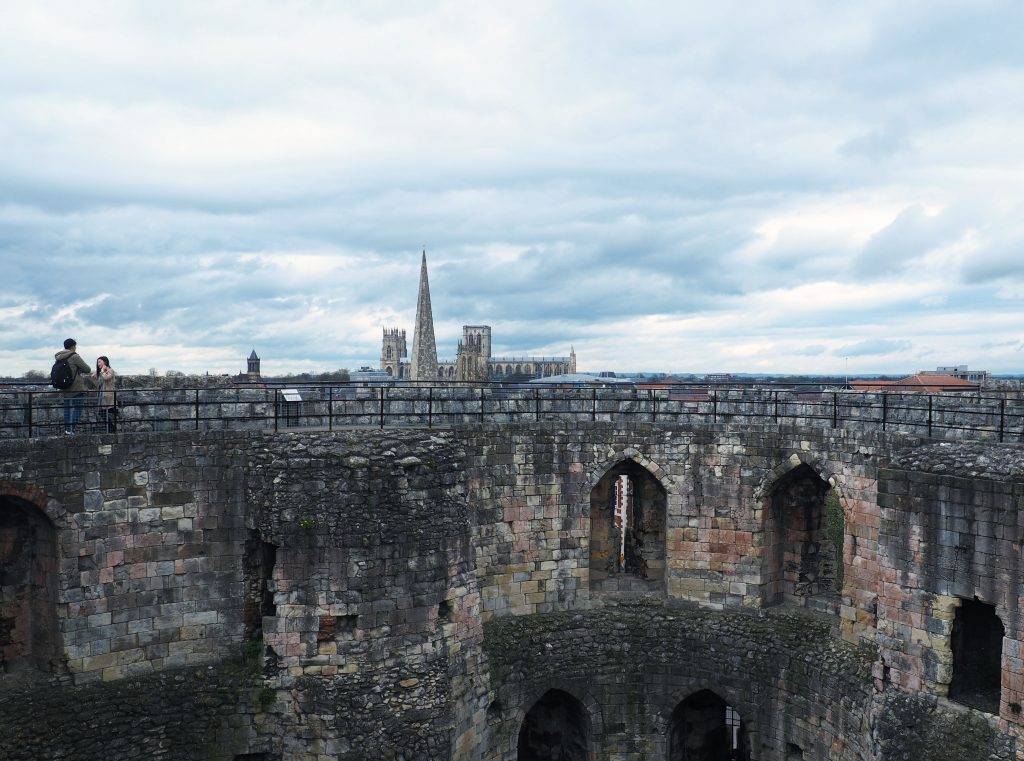 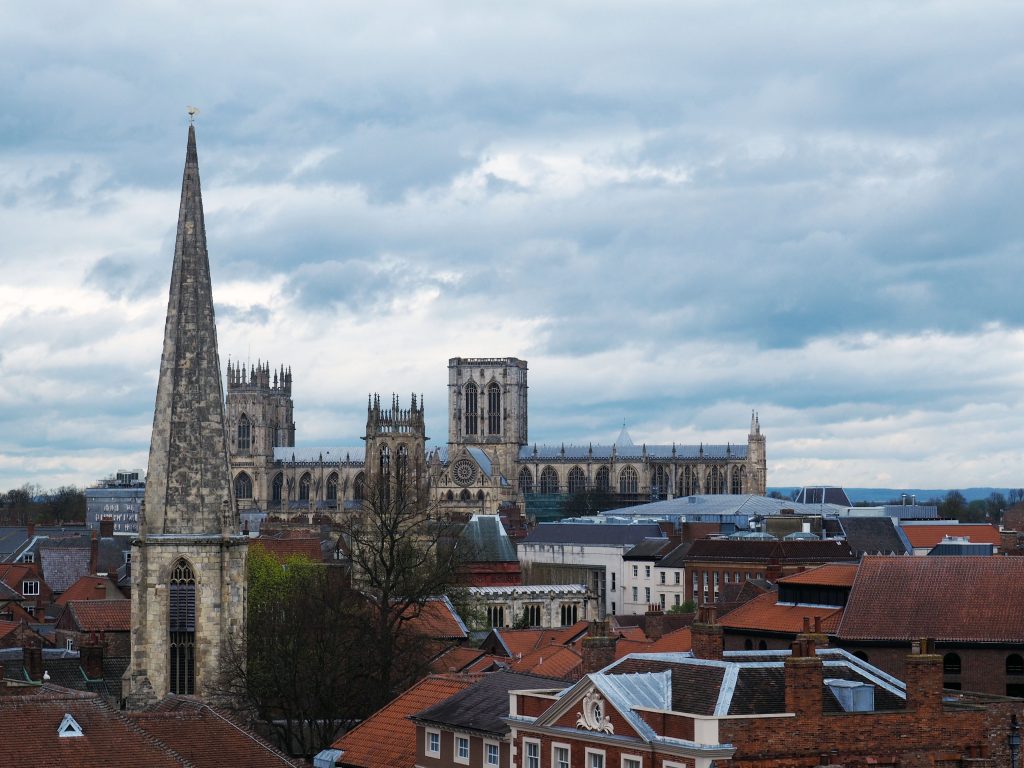 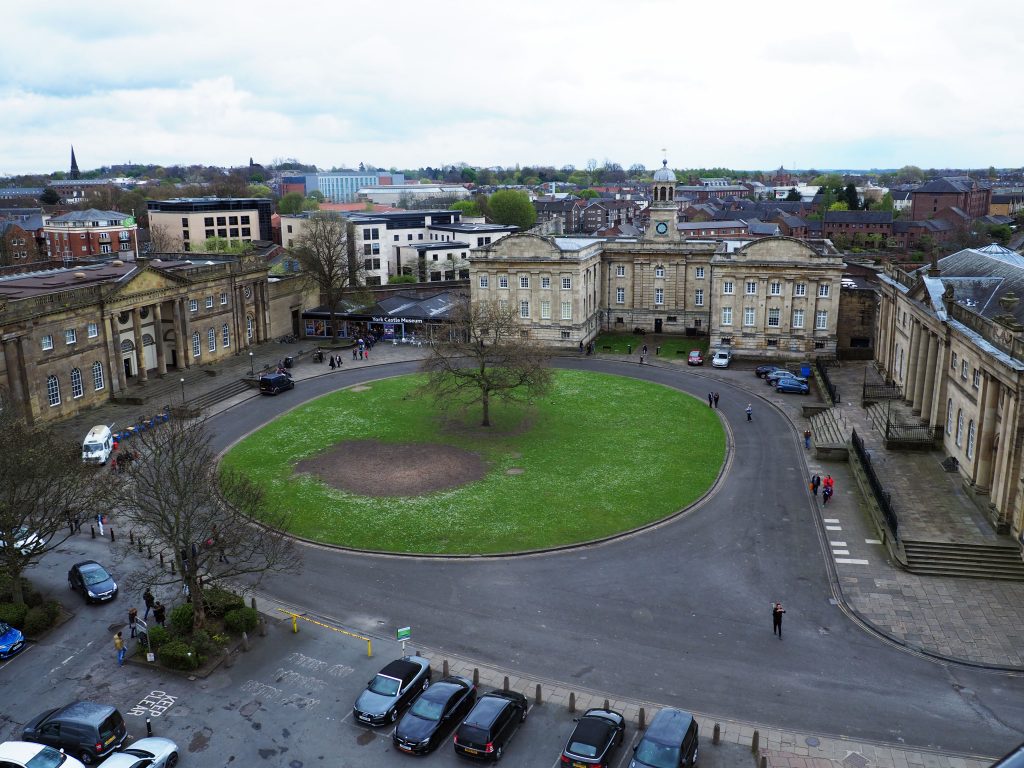 Very close to the York Minster is Treasurer’s House. Although looking around the former home of Yorkshireman, Frank Green, won’t take up much of your time it is worth a look. Staff give talks about the house and tales of ghosts. The rooms are beautiful and the garden outside is definitely something to take in. 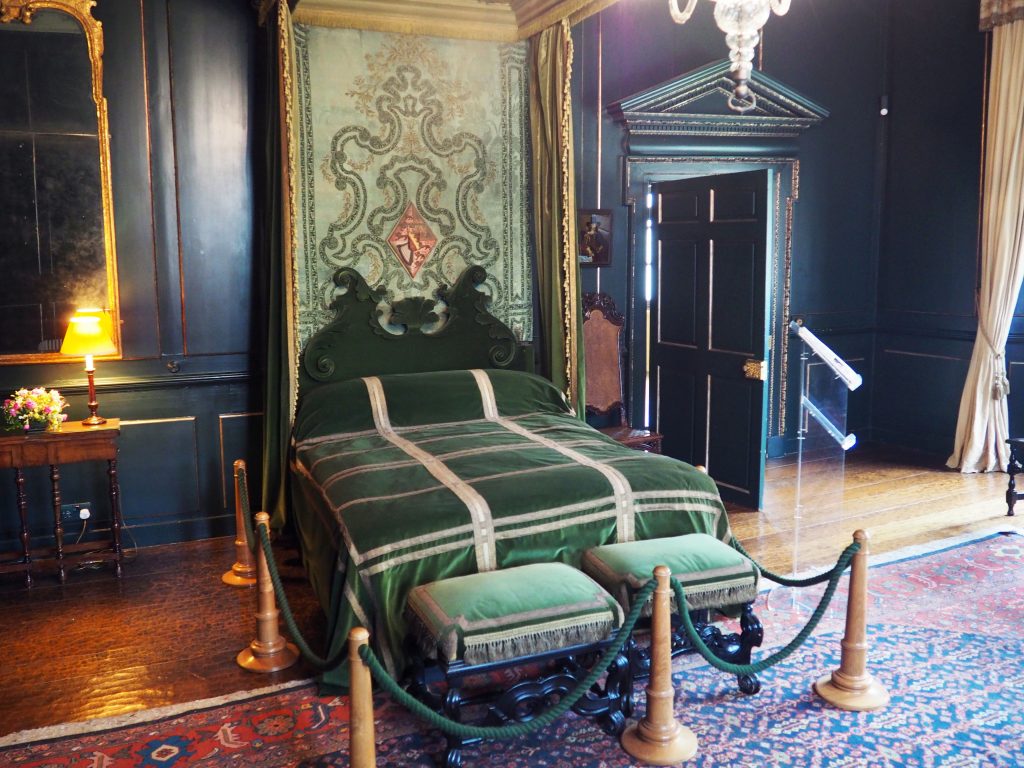 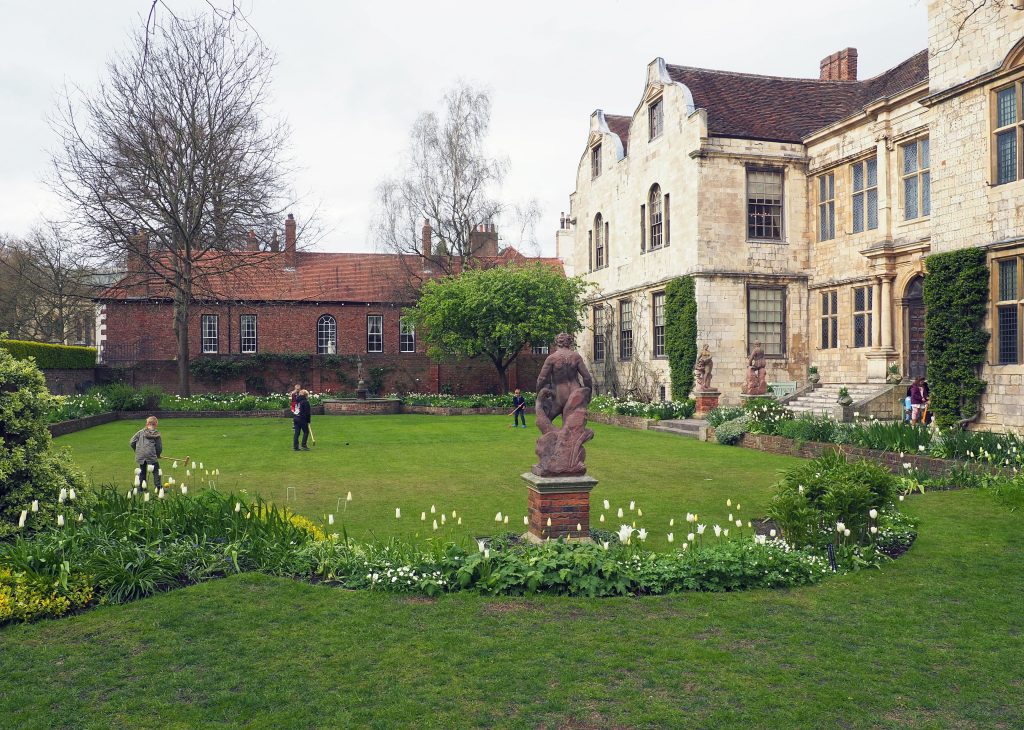 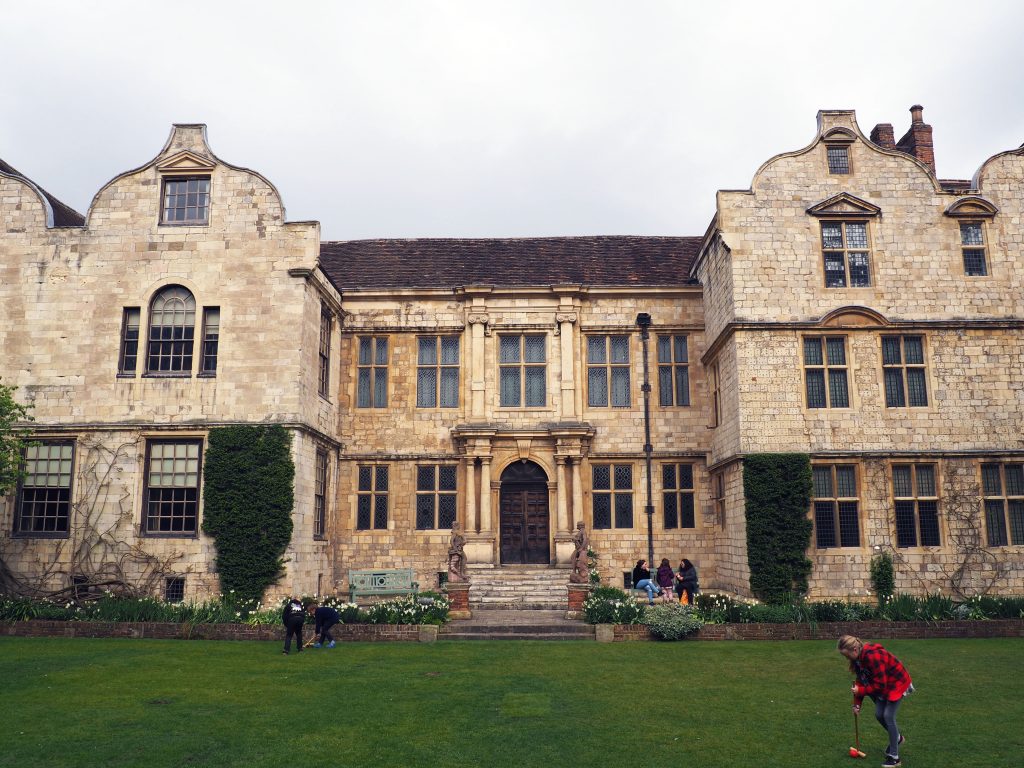 I love Clifford’s Tower. It wasn’t a giant structure but its remains are a genuine insight to a bye gone age. Being isolated on a hill, it attracts attention and offers lovely views of York.

On Saturday evening the sun was setting at the time I was walking around the city walls. As I walked back to my apartment I went past Clifford’s Tower and captured what has to be my favourite photo from York. 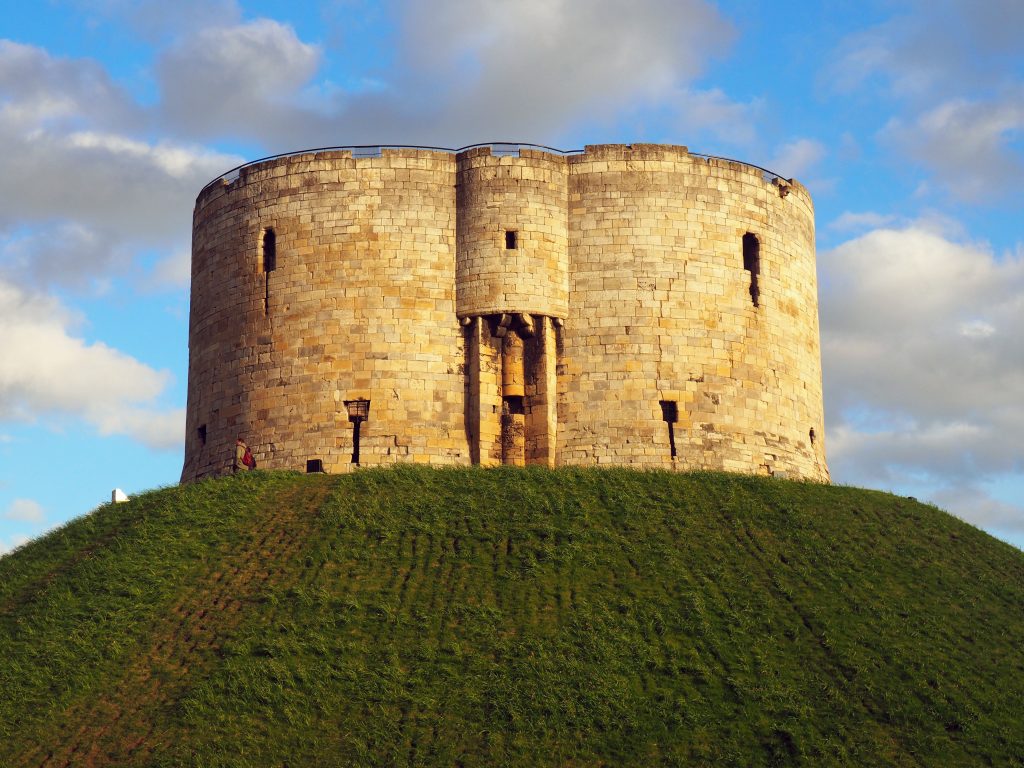 Have you been to Clifford’s Tower?

Have you visited York?