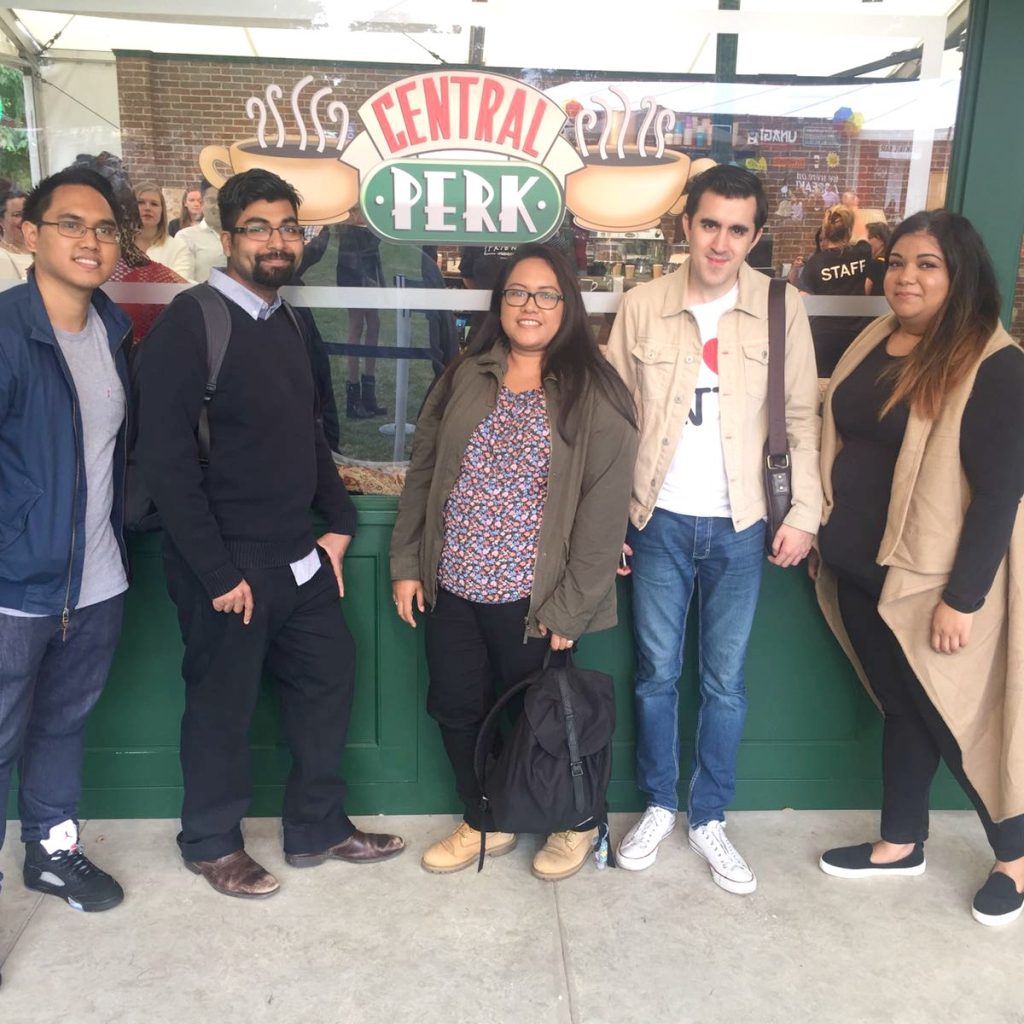 Everyone must a favourite television show? Every time you think about it or see it again, it makes you laugh or cry and gets you hooked.

As a teenager during the mid 90’s and early 2000’s there was one show that became my favourite above all others, Friends. I know I won’t be alone in feeling the same, with millions of fans around the world and a new generation discovering a love for it even today. When the show ended in 2004 it was the end of an era. For my generation we grew up with Friends and witnessed the show develop and were invested in seeing how the characters lives changed.

Now everyone has an opportunity to share his or her love of Friends together at Friends Fest. Friends Fest is a celebration of all things Friends. It has recreated some of the sets from the show, a stage to entertain the crowds and a shop for fans to take home a slice of Friends.

How long has Friends Fest been going for?

Way back in June 2016 I saw an advert for Friends Fest randomly online. Pre-sale tickets were available on that day with general sale the next day. I immediately messaged my friend Kam asking if she was interested in going. She replied soon after all keen to go and said that some of our other friends had suggested it to her too. One of them had registered for priority tickets so they brought a couple more for us and we were going in Friends Fest in September. It would be a bit of a wait but something to look forward to. This is the story of my Friends Fest 2016 experience.

Friends Fest was taking place at different locations around the UK and we had tickets to the one in beautiful Chiswick Park in West London.

On the day we were lost as to where Friends Fest was within the park. There were no signs directing anyone to the correct area of the park. We tried to follow people going into the park believing they were going to Friends Fest too but unfortunately this was not the case. We ended up at Chiswick House and soon realised that Friends Fest was not here. We looked at the event information and the map to get us back on track. We needed to walk to a corner of the park and as we got closer we saw more and more people going the same way and soon enough we had arrived at Friends Fest. 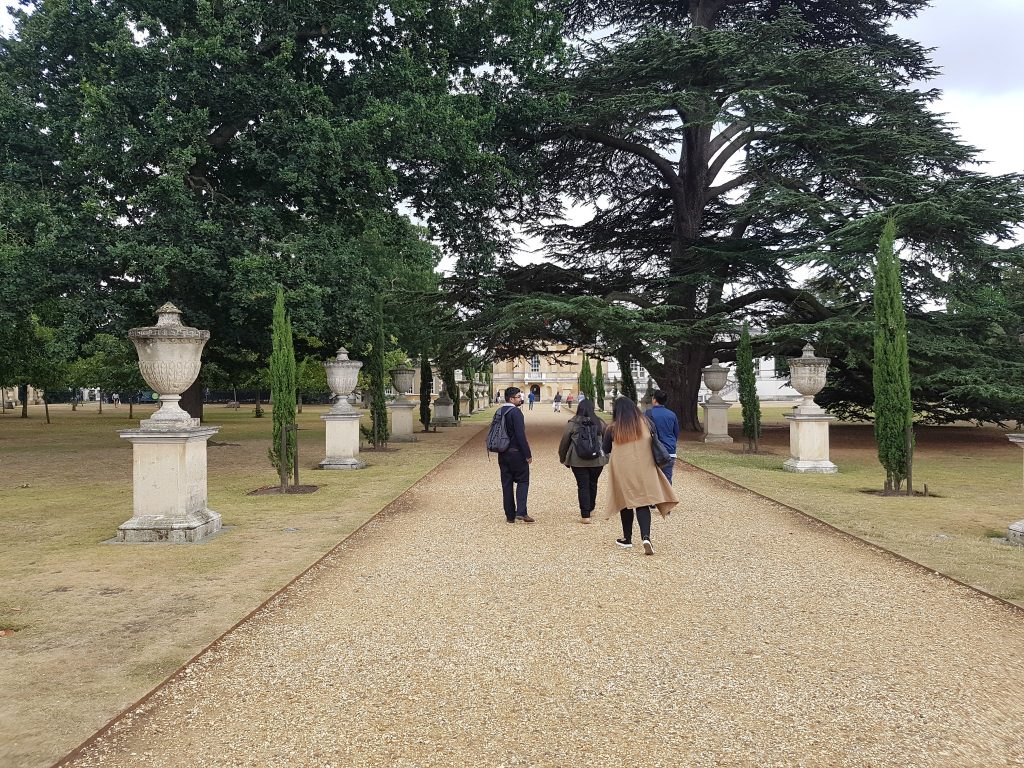 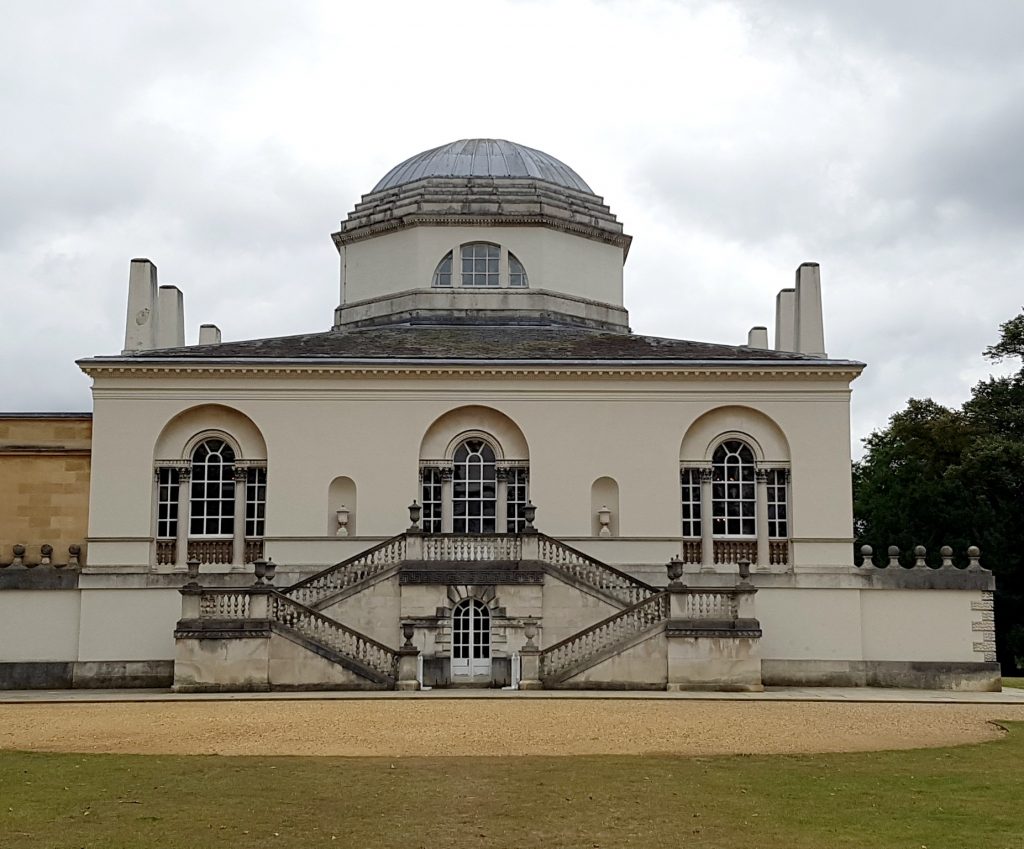 We took photos in front of the Friends Fest wall, whilst the Friends theme song played loudly in the distance. 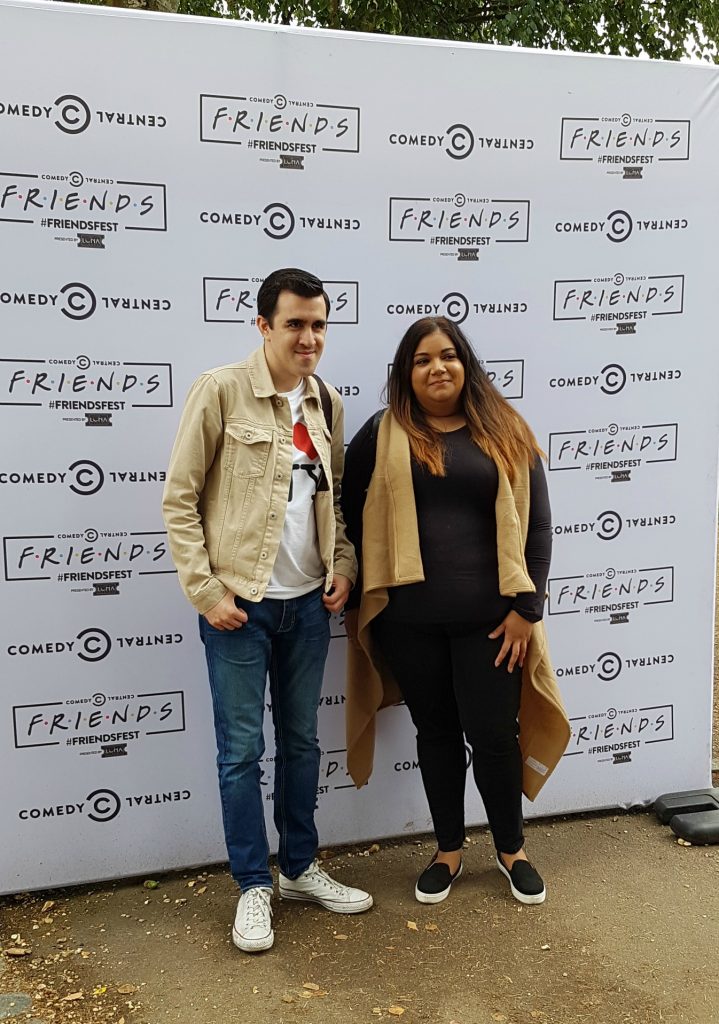 The sets from Friends recreated were:

*I’ll refer to this set as Monica and Rachel’s apartment for the rest of the post.

A ticket brought you a reserved slot to see Monica and Rachel’s apartment. The queue for that was long, very long. We had time to view the other sets first so we headed to Central Perk, to chill out and pass the time.

One thing that became apparent straight away was the friendliness of the staff. They were so welcoming to take photo’s with people’s phones and cameras so you didn’t feel embarrassed asking.

Inside Central Perk was a lady playing guitar and singing all of Pheobe’s songs. It had all the elements that you remembered from the show, including the big couch. 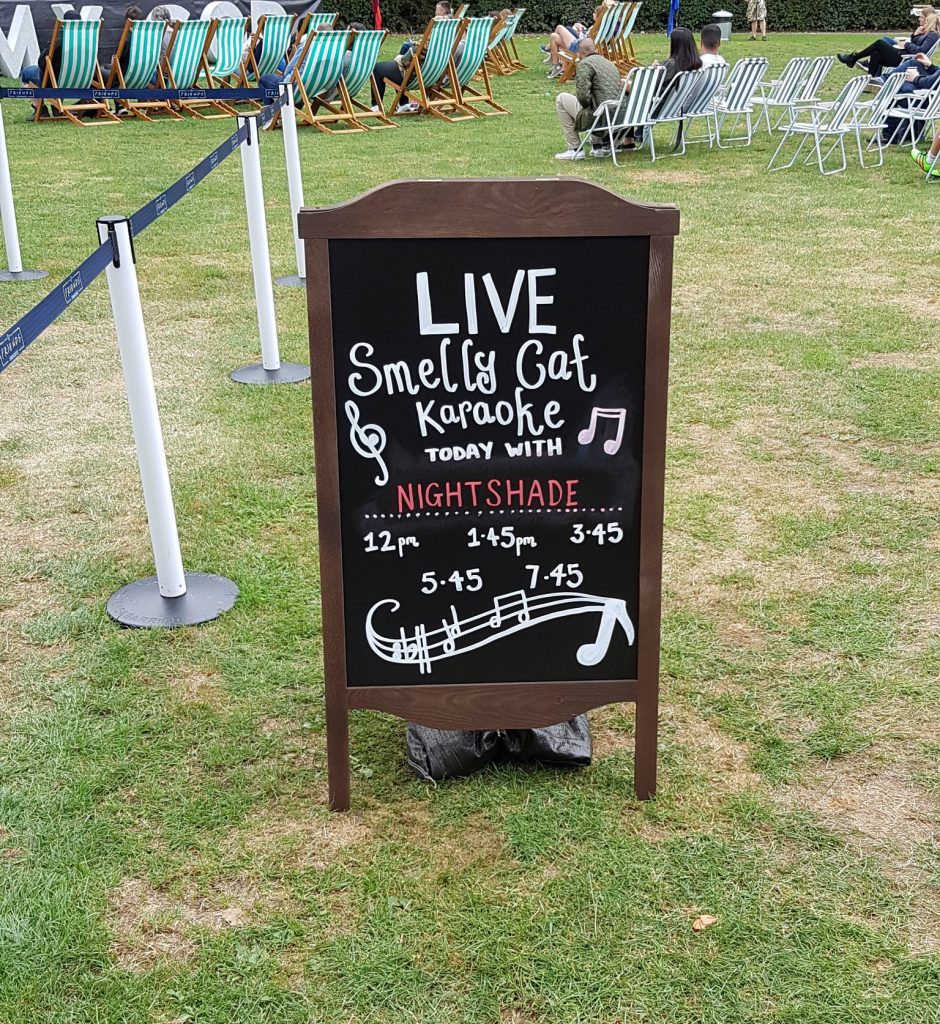 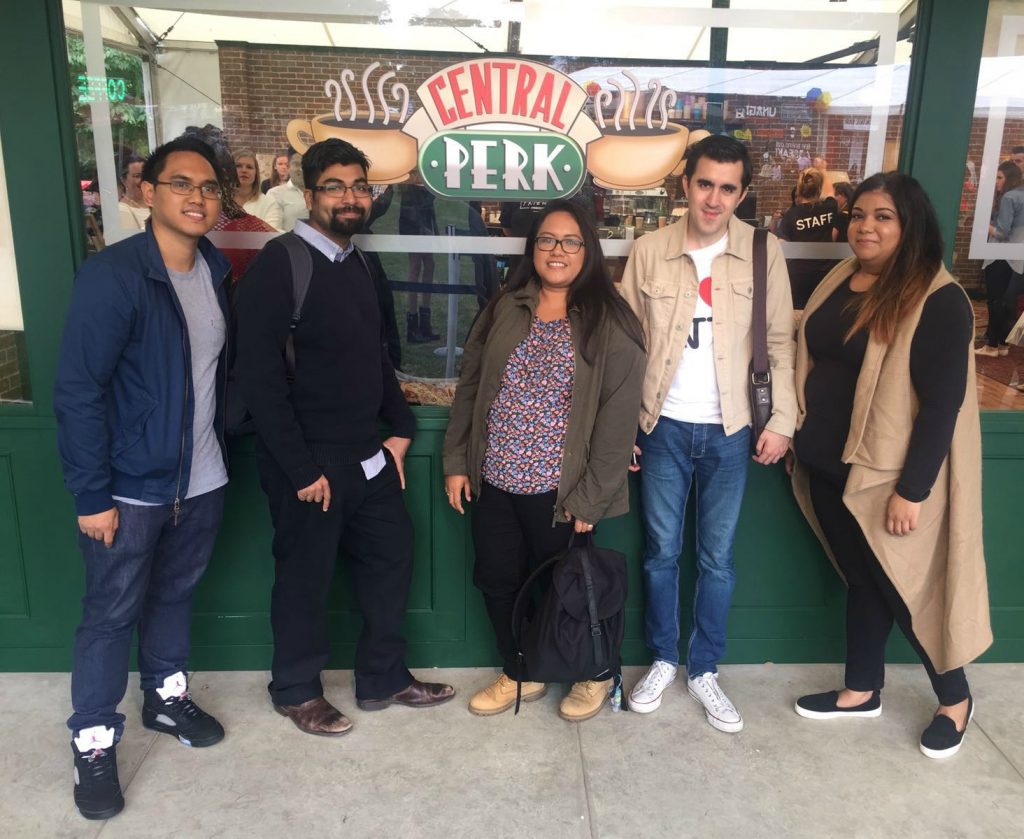 This is my favourite photo from Friends Fest 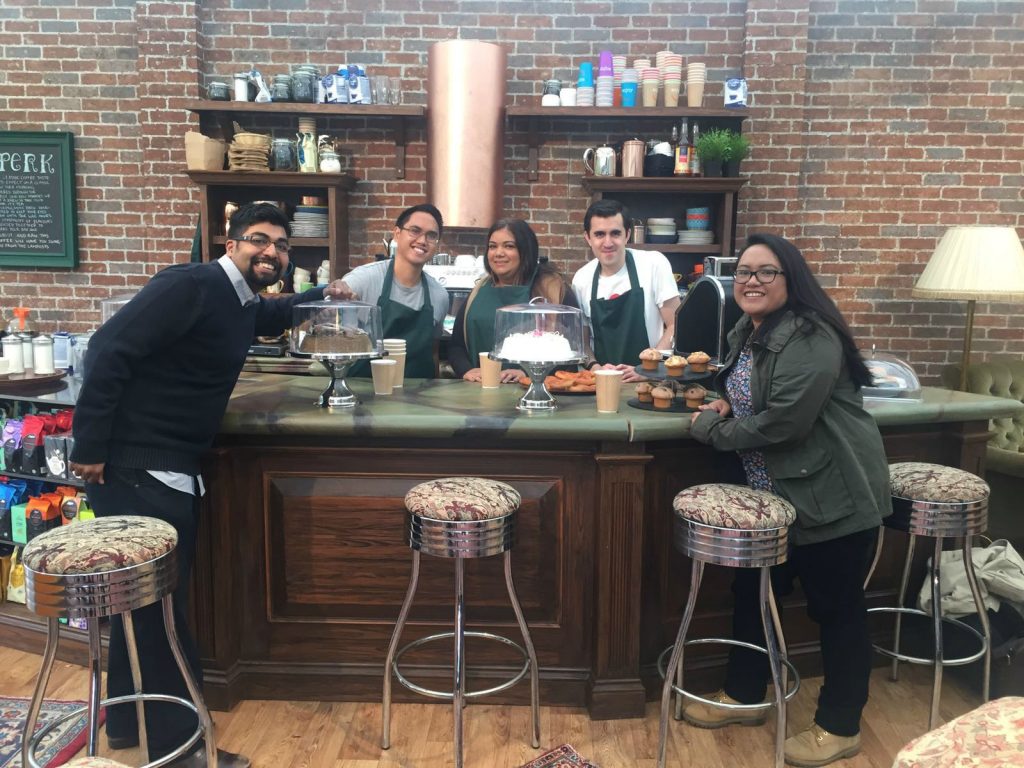 All of us on the couch 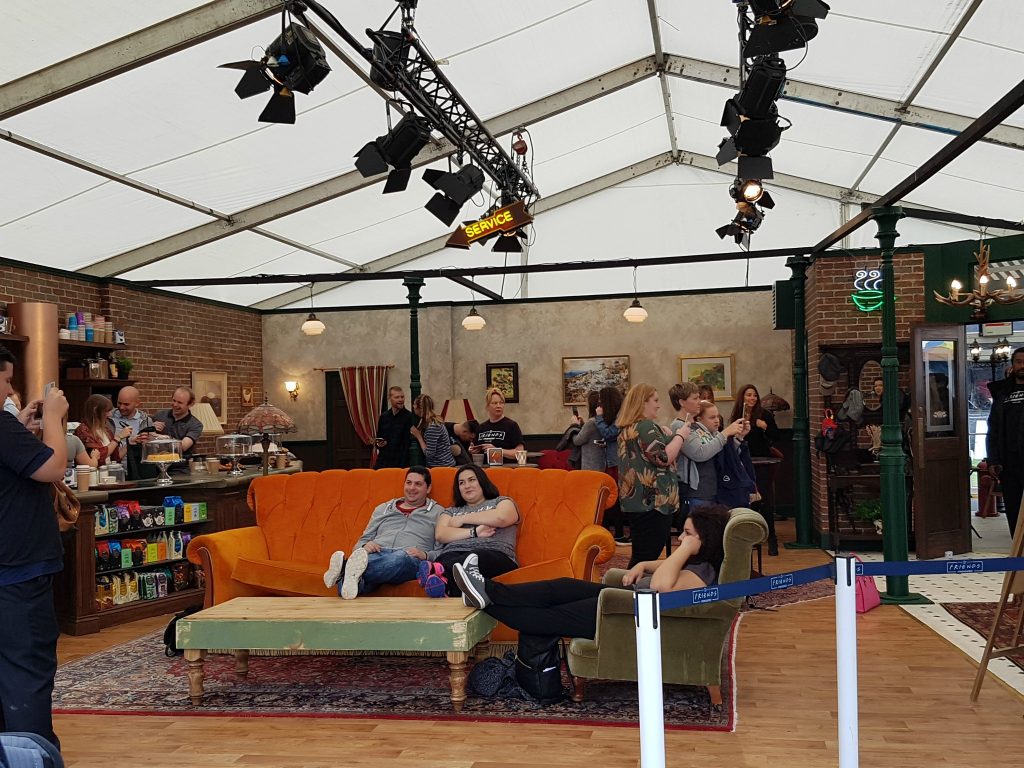 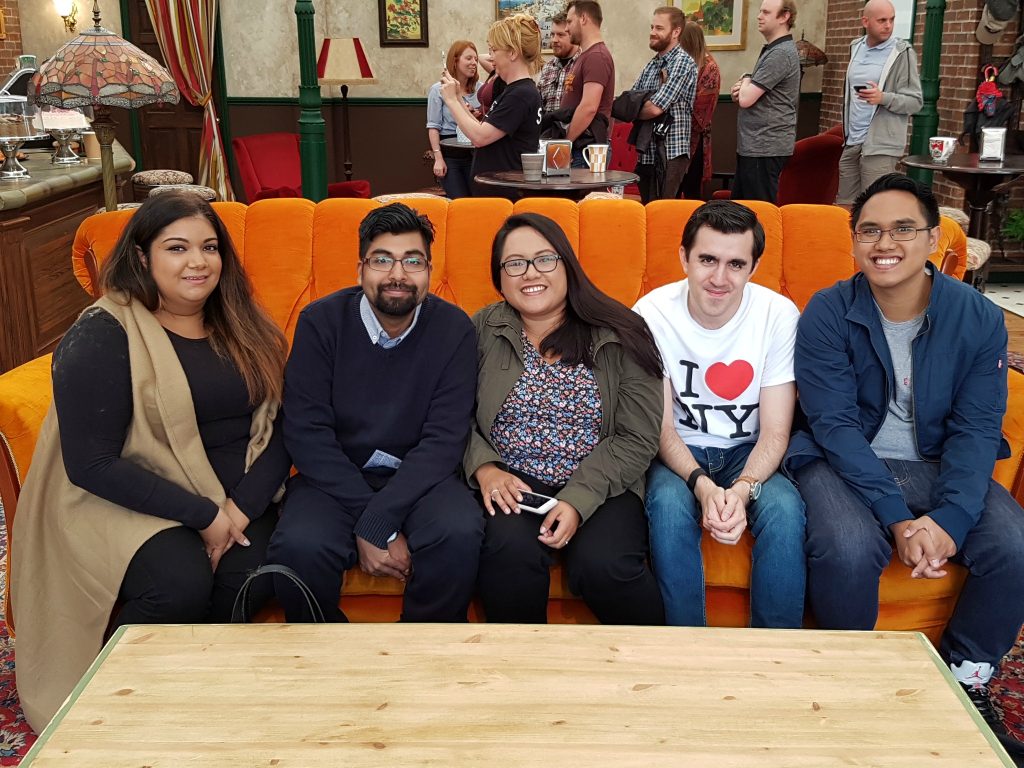 The lady with the guitar 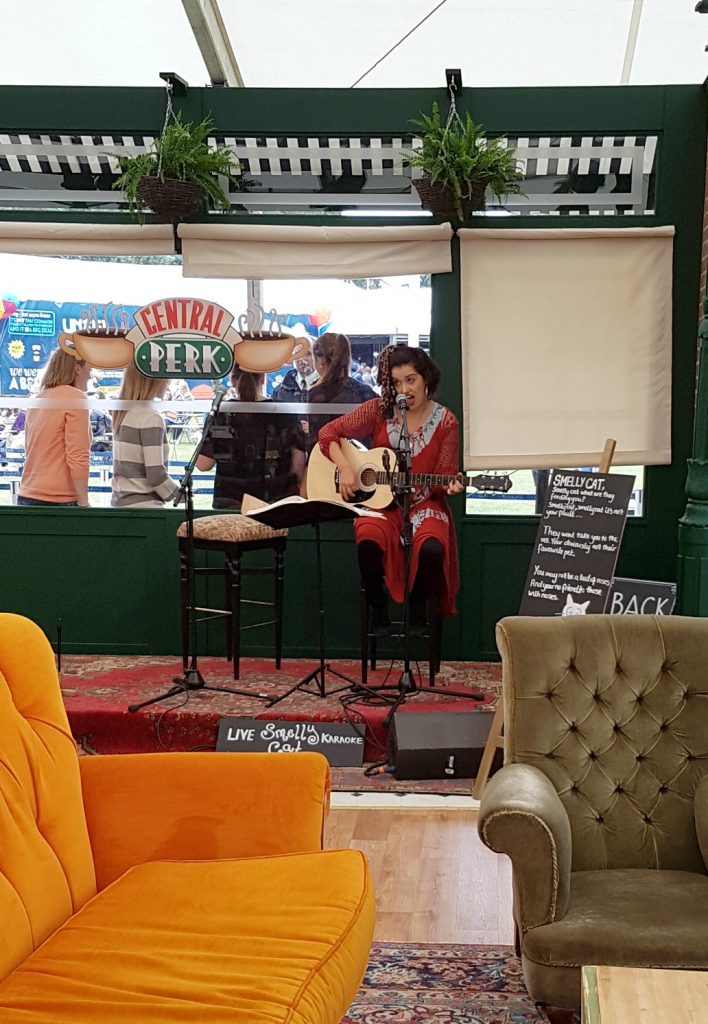 Next up we headed to Joey and Chandler’s apartment. There was a small queue to use all of the props. The set had the canoe, the recliner chairs, Joey’s oversized entertainment unit and the fuss ball table. 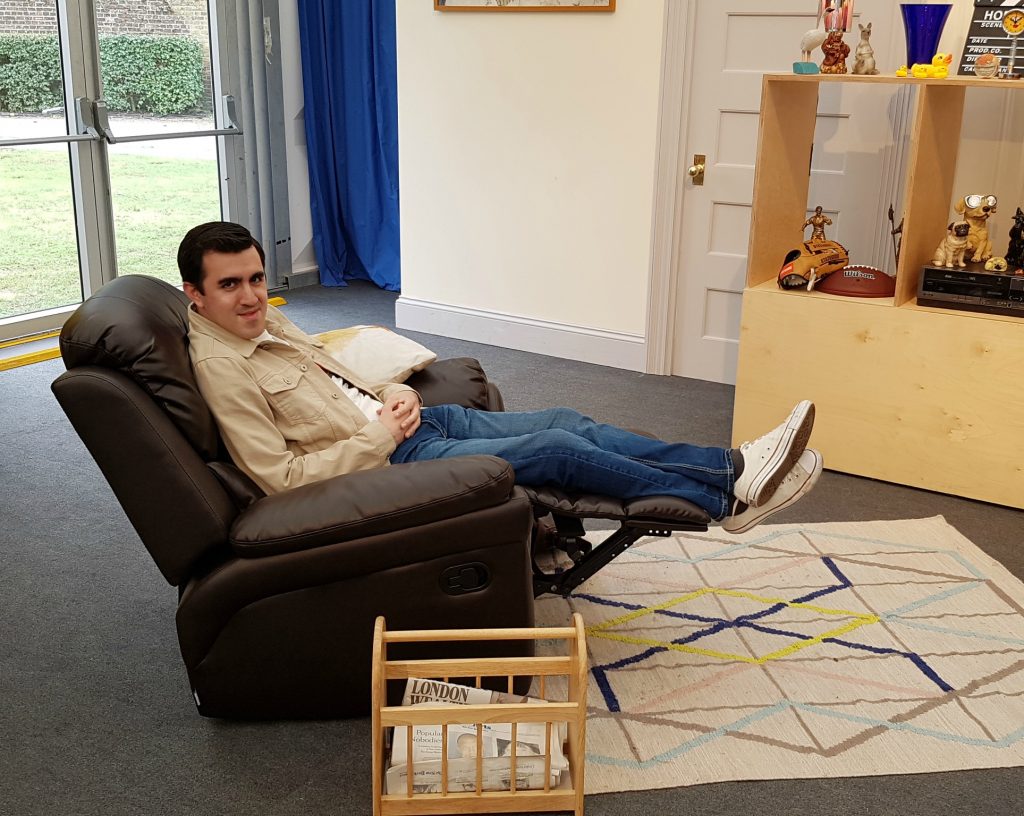 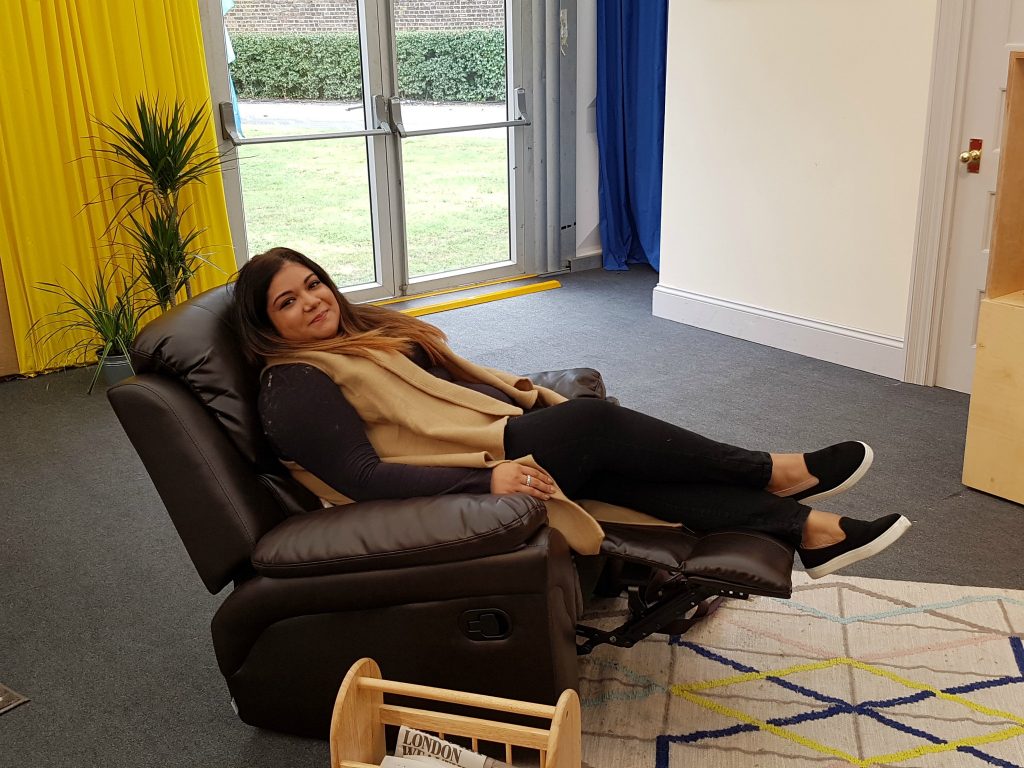 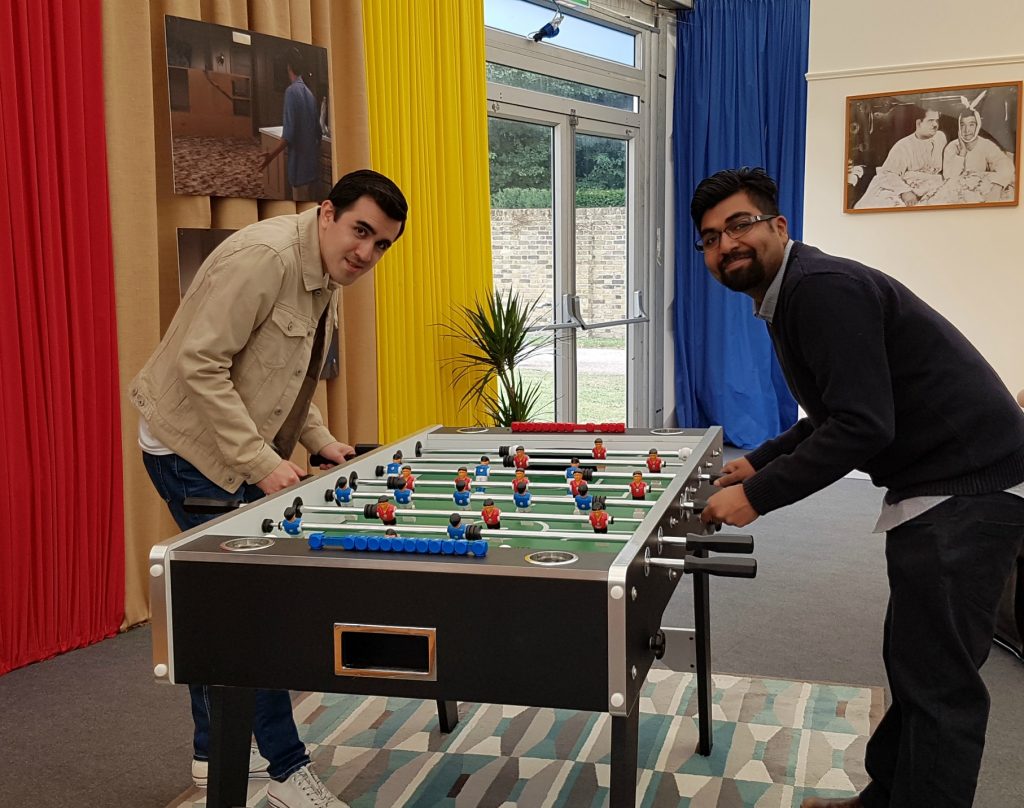 Personally, I always preferred Joey and Chandler’s apartment, perhaps that was just because it was a guys place.

We still had time before our time slot so we went to the shop. It was like Friends heaven. Each of us brought something. I opted for a set of 4 coasters and a white t-shirt. I wanted to buy a frame of the Central Perk sign but knew I didn’t have any room at home to hang it so I resisted. My friends brought many of the other items such as a mug, notebook and photo frame. Being the final day of the event in Chiswick some of the items had sold out, in particular, the t-shirts and hoodies of certain colours. You should find something you like, to take away as your souvenir.

We then became queuing for our time to see Monica and Rachel’s apartment. They were running late with the times unfortunately but it was understandable. It was worth the wait. Before going into the apartment you had the opportunity to have a photo with umbrellas on the orange sofa used in the opening credits of the show. I’ll be there for youuu 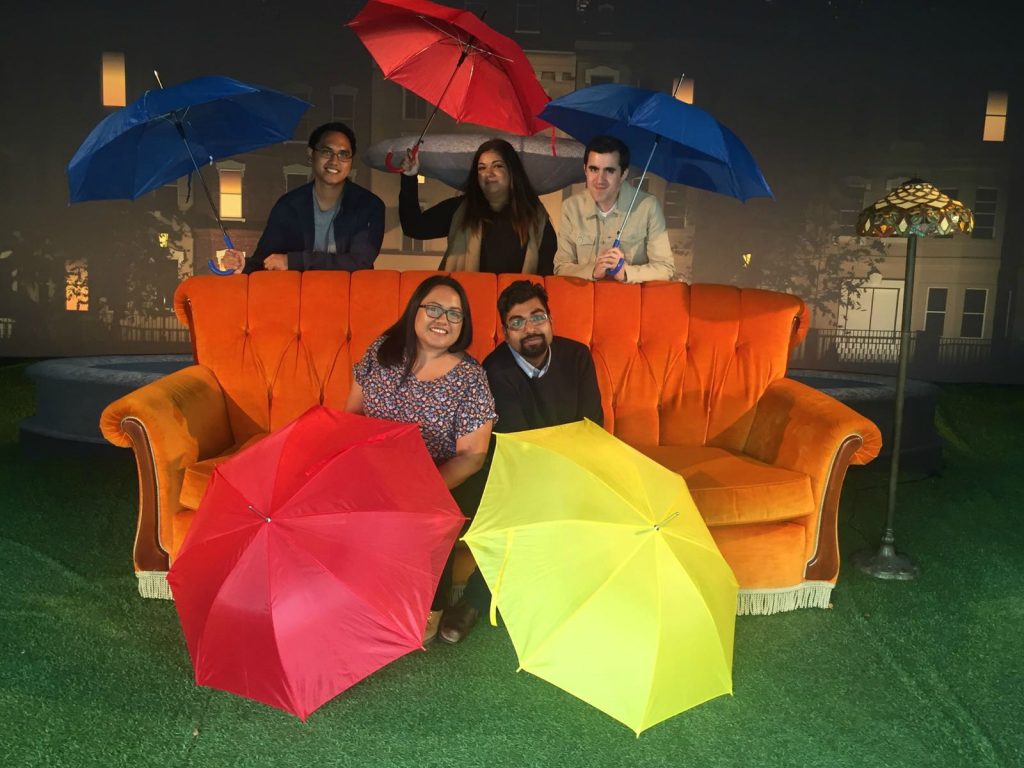 There was still a snake queue just to the side of the set, which built the anticipation even more. I said to one of my friends, watching the show all of those years ago this apartment was what you imagined you’d be living in when you were older. Seeing the set in the fresh made that dream real for a short period. The set had all the elements that made it such a memorable scene. 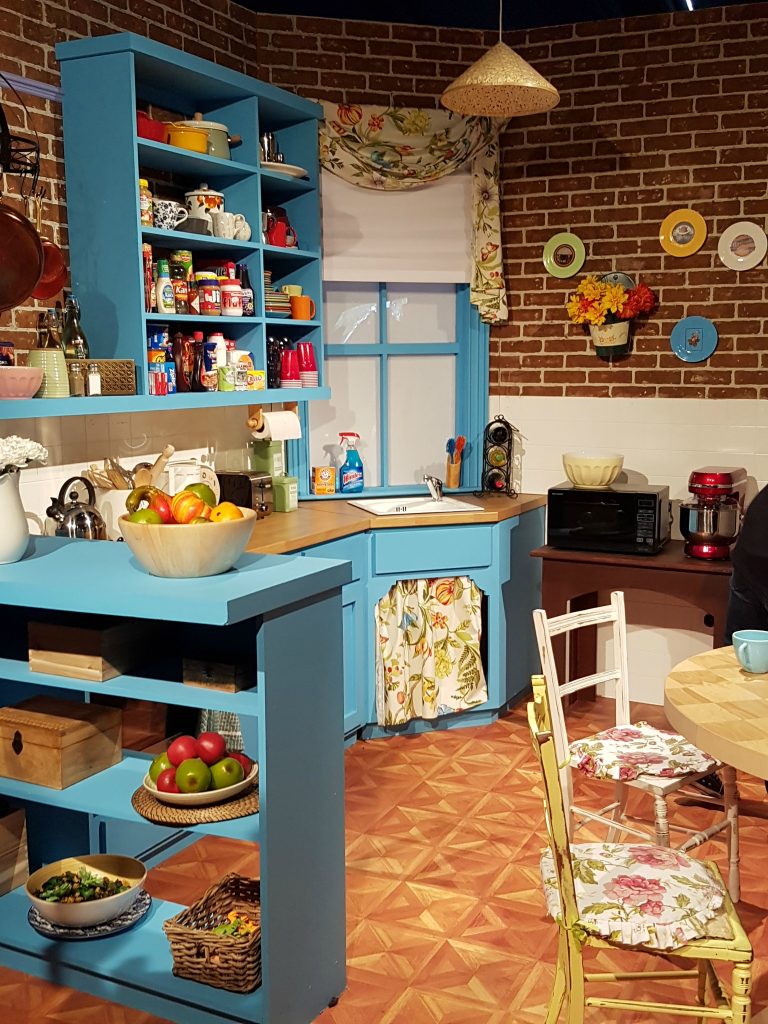 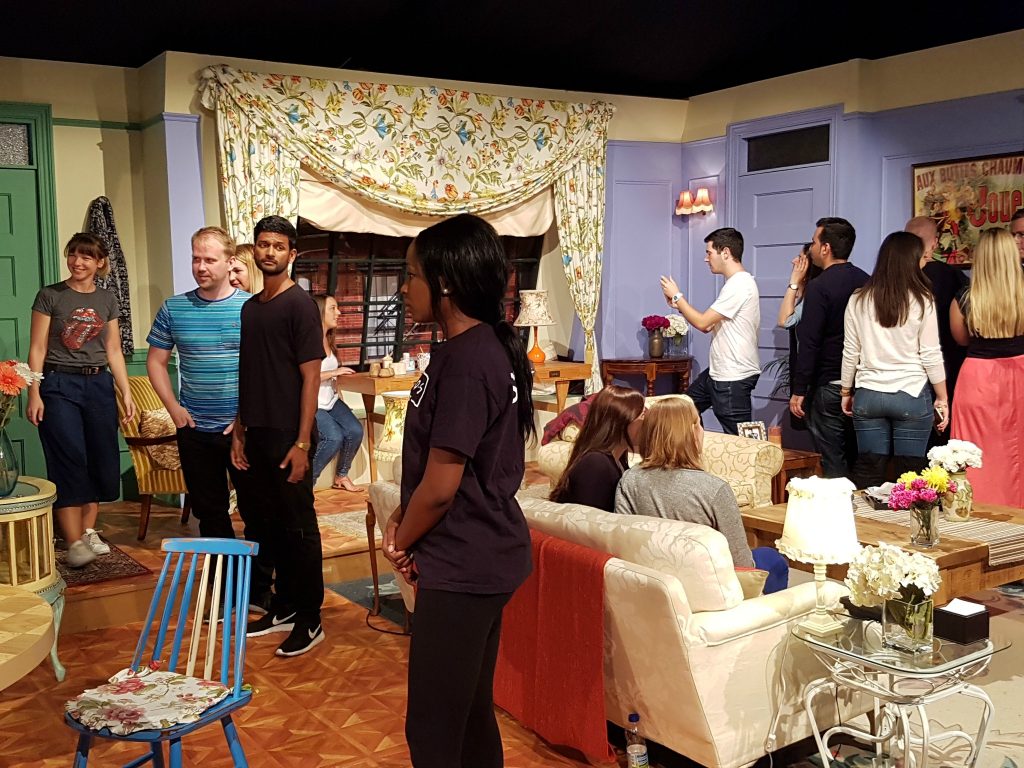 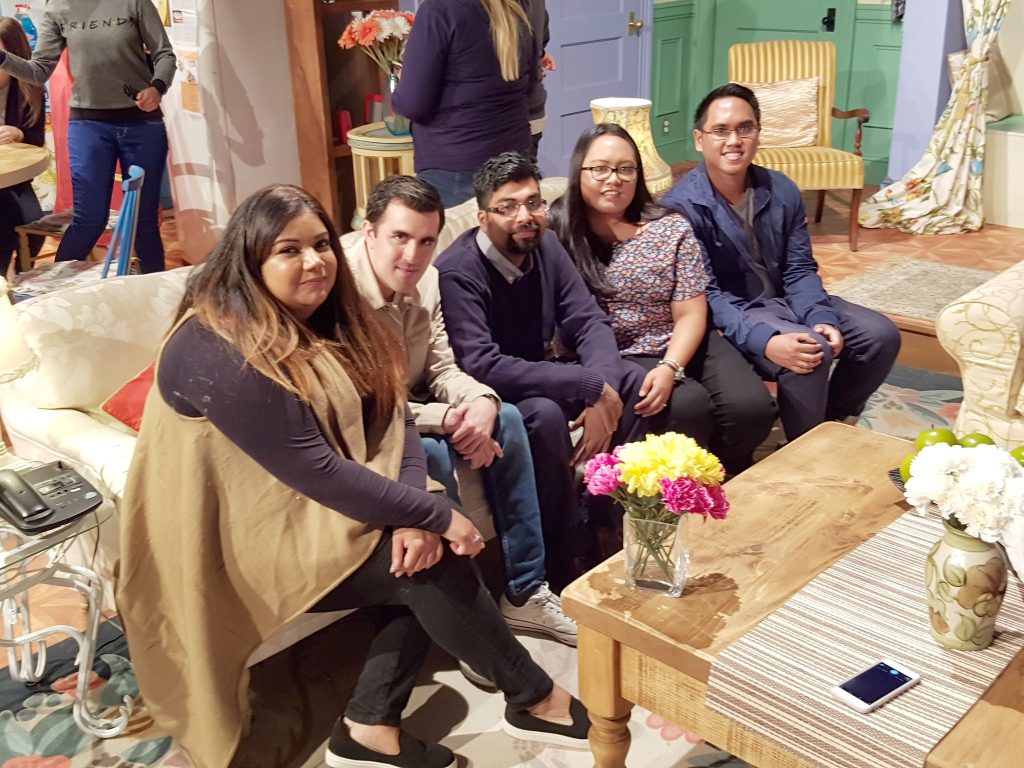 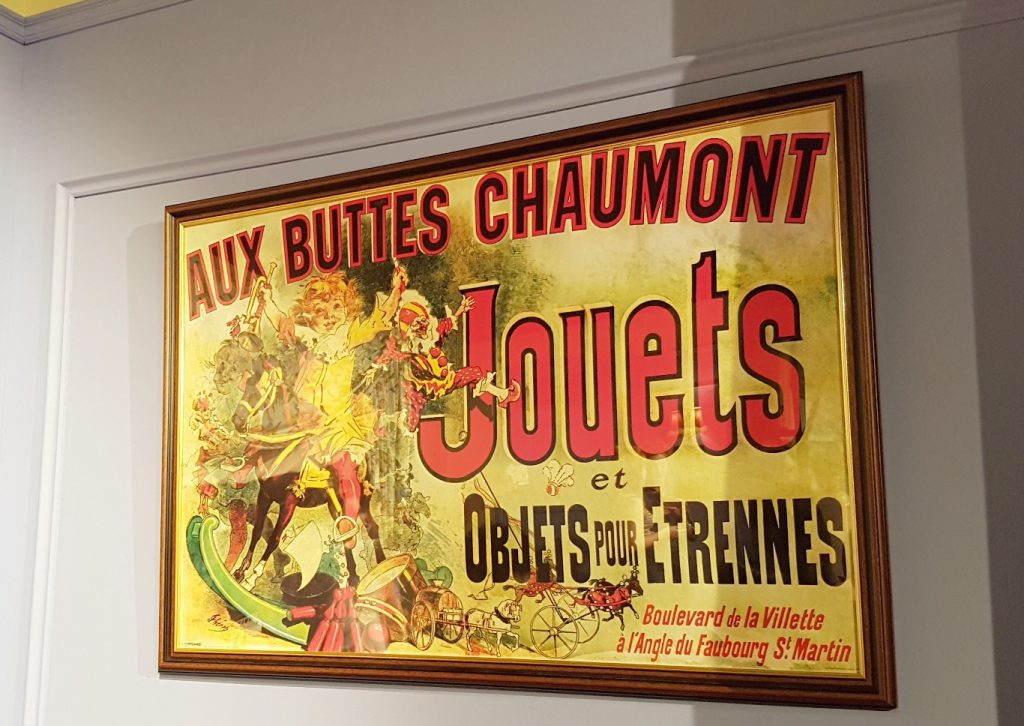 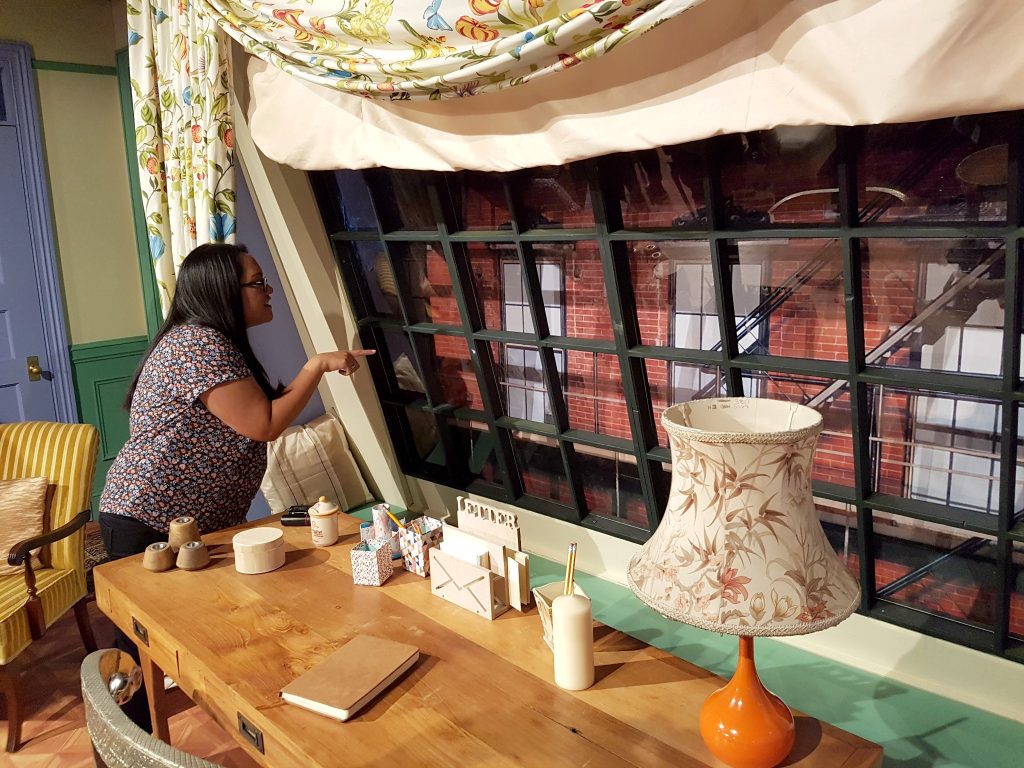 Sitting in the kitchen 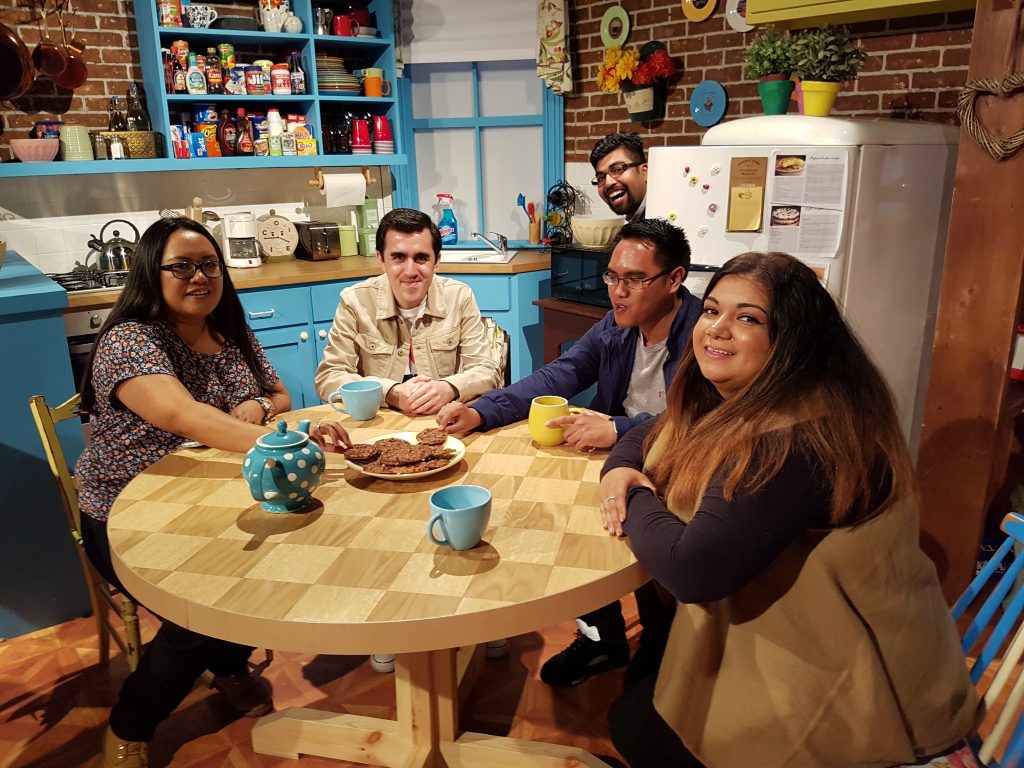 Chilling by the sink 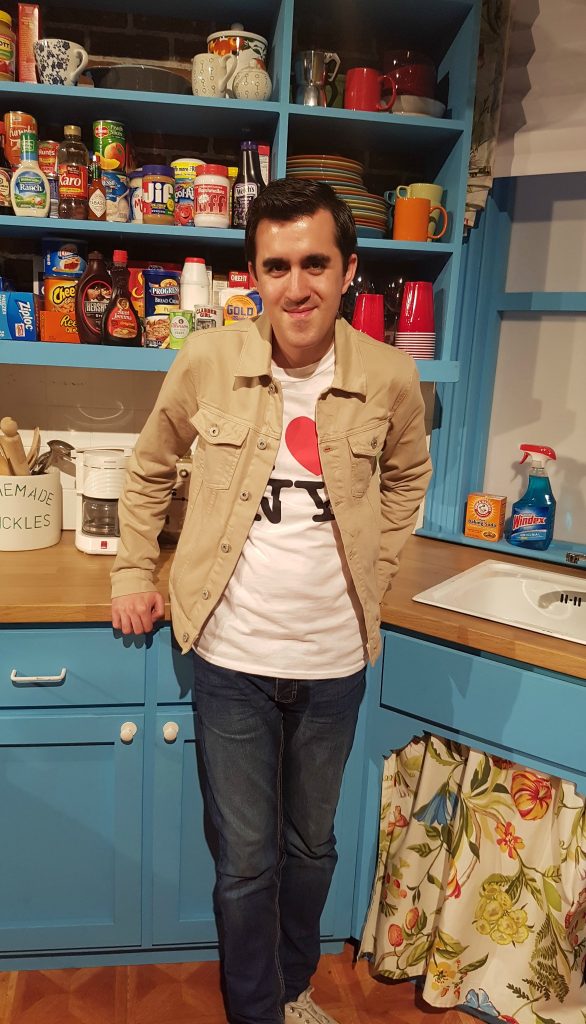 Who’s at the front door? 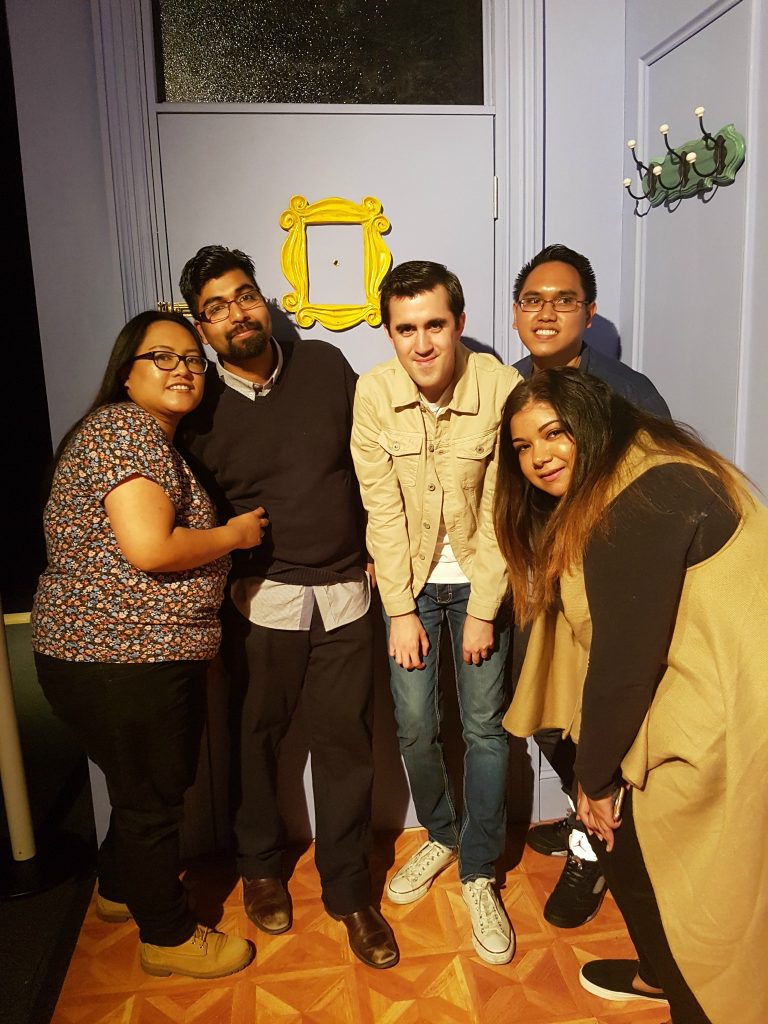 As soon as we left the apartment we wanted to go back. It was the centrepiece of Friends Fest, with the attention to detail making it such an enjoyable experience for all fans of the show, young and old.

We went to see all of the Las Vegas weddings and by this time in the late afternoon the queue for that was quite long too. Two of our friends were getting married a few weeks later and Kam was a bridesmaid so those three queued to have there moment. There were a few wedding dresses and gladiator costumes available to change into, which was funny. But what was even more funny was that Nez, who was getting married, brought her real wedding vale to the event and used it in the photo. You just can’t write this stuff! 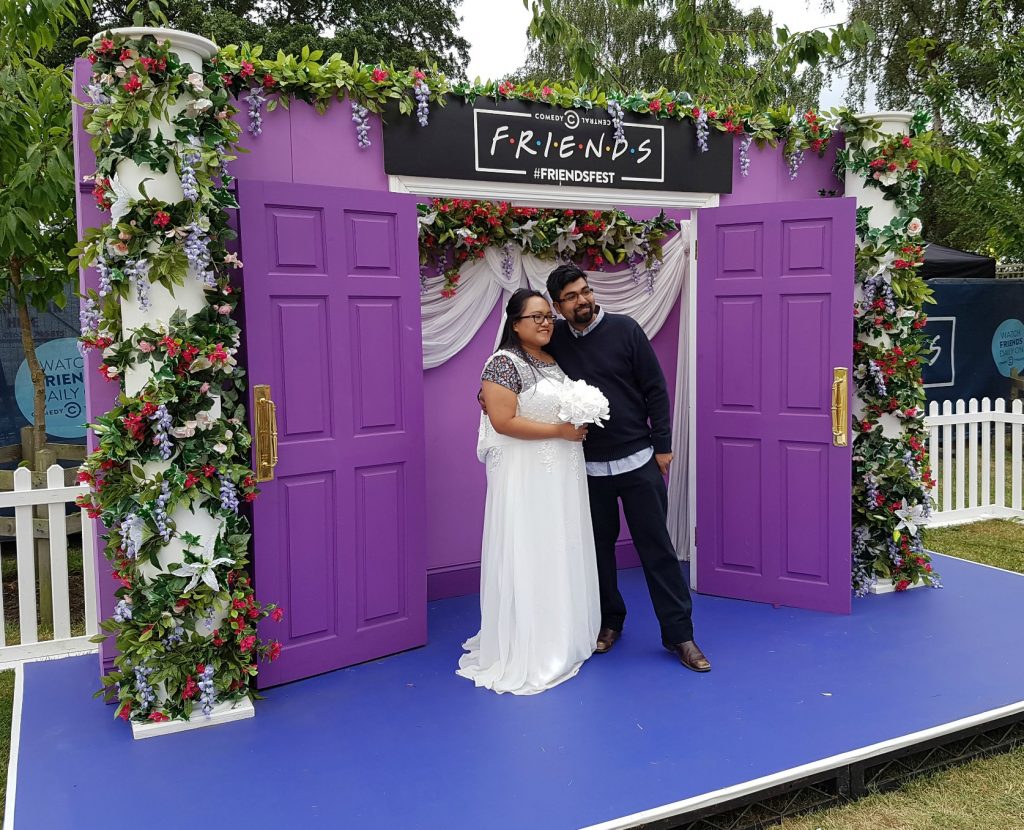 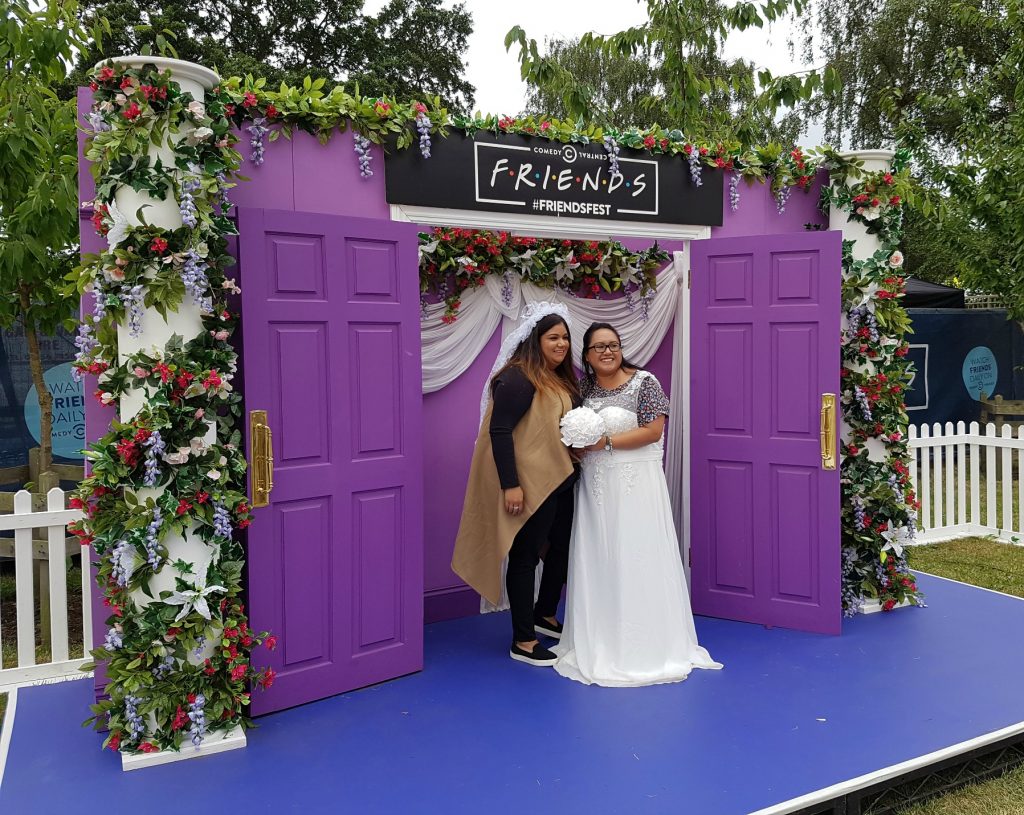 Close up was a mock up seating area to the Moondance Diner. There was a burger van there so you had typical American diner food. 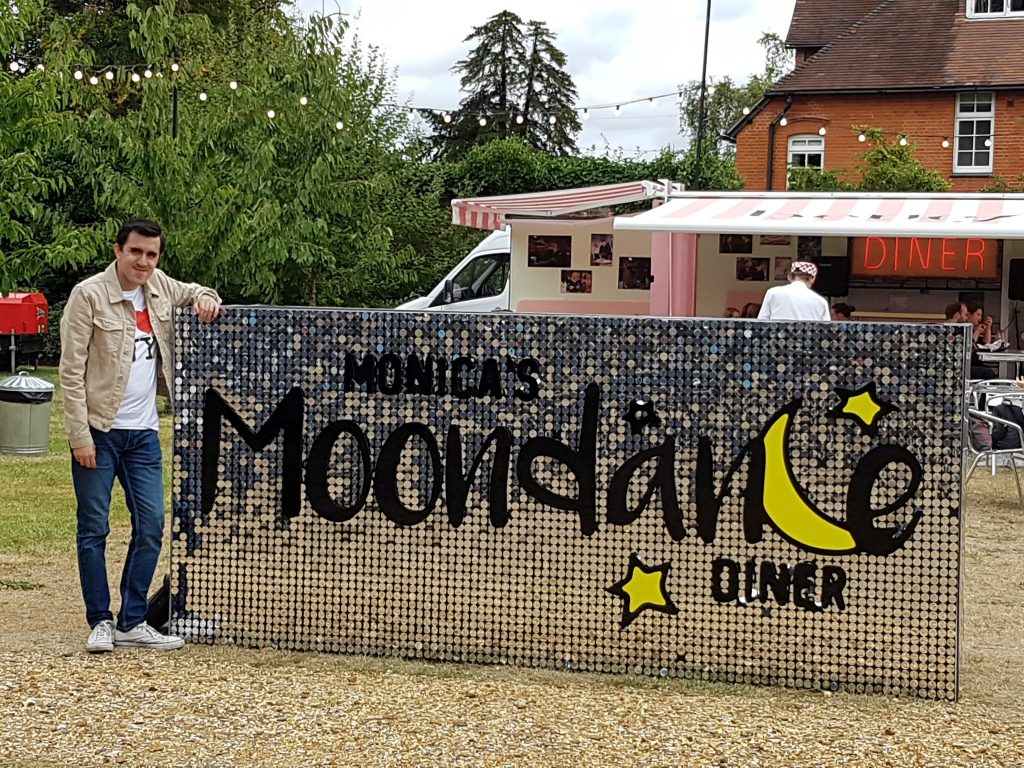 We had now seen everything. It was an epic afternoon in a beautiful location. The sets brought to life what all fans love about Friends. We could touch it and see it right in front of us, which made it real for a brief moment. If you are a fan of Friends be on the alert to check for tickets at the beginning of next summer. You will love the experience and it will bring back all of the wonderful moments that made Friends such a special show.

Have you been to Friends Fest before? What did you think?

Would you go to Friends Fest in the future?

Are you a fan of the show? What do you love about it?