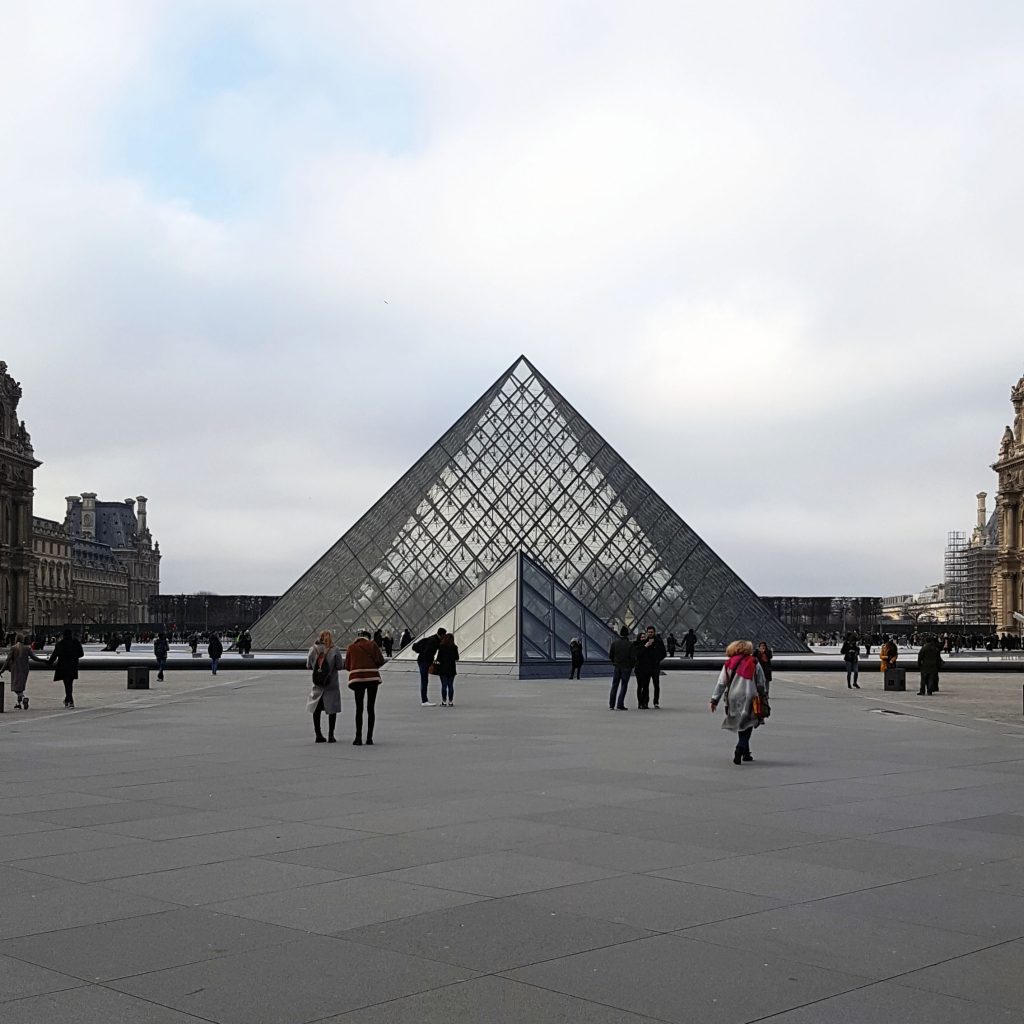 Paris is a city that is not unfamiliar to people. For anyone in Europe at least, Paris is a place that everyone will eventually visit. Whether is for the food, to stand under the Eiffel Tower or to view the most famous paintings in the world at the Louvre, Paris as an attraction that is difficult to resist.

My experiences of Paris are from a very long time ago. I remember staying at a hotel close to Moulin Rouge and enjoying Mussels with Fries. For me, the Eiffel Tower was the most attractive part of the city. However on the first occasion when I went with my parents we did not go up the tower. On the second occasion (and last) viewing Paris from the top of the tower again eluded me. Something to add to my list of interesting things to do.

Many years later, going to Paris is something I have been talking for a while. After randomly having a browse of train prices in the New Year, I thought to myself why not just go whilst the prices are cheaper. Going on a day trip at the weekend would save money and me having to use any of my annual leave. Decision made, now I had a plan of what to do with the seven hours I had. I was travelling in Standard Premier Class, which meant I would be provided with a light meal and a better seat. With this in mind walking was  most economical way of getting around. So I hereby present my seven hours in Paris…. 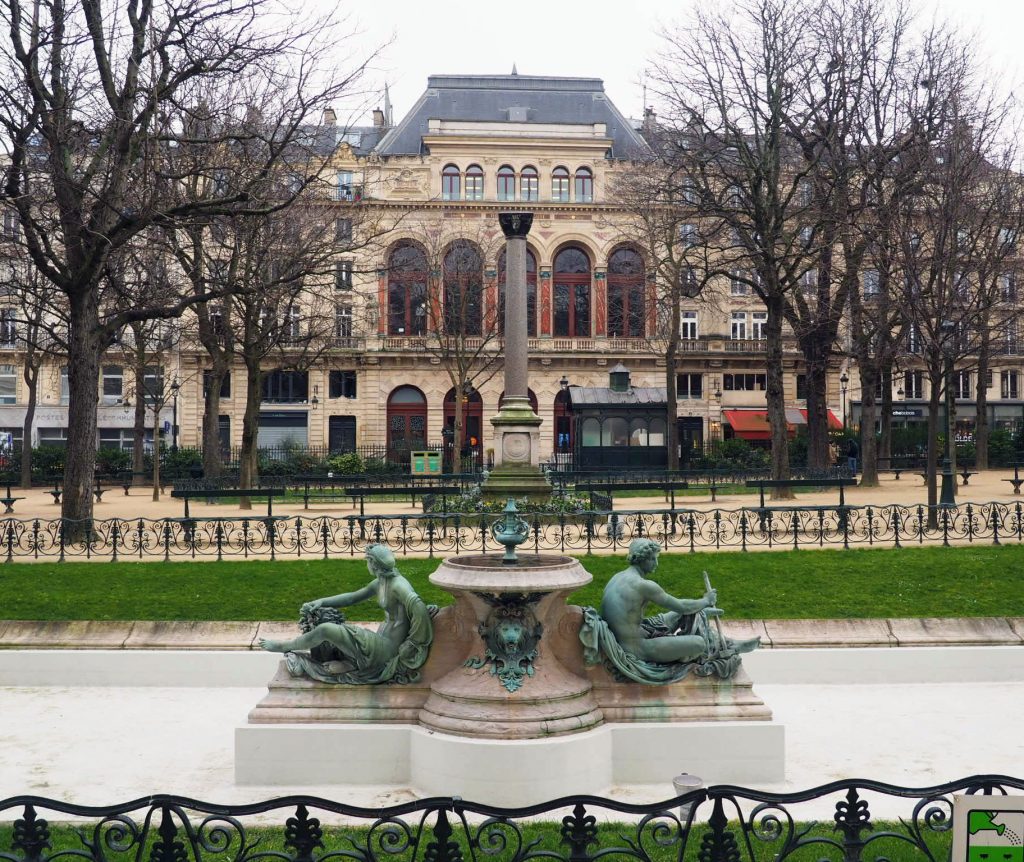 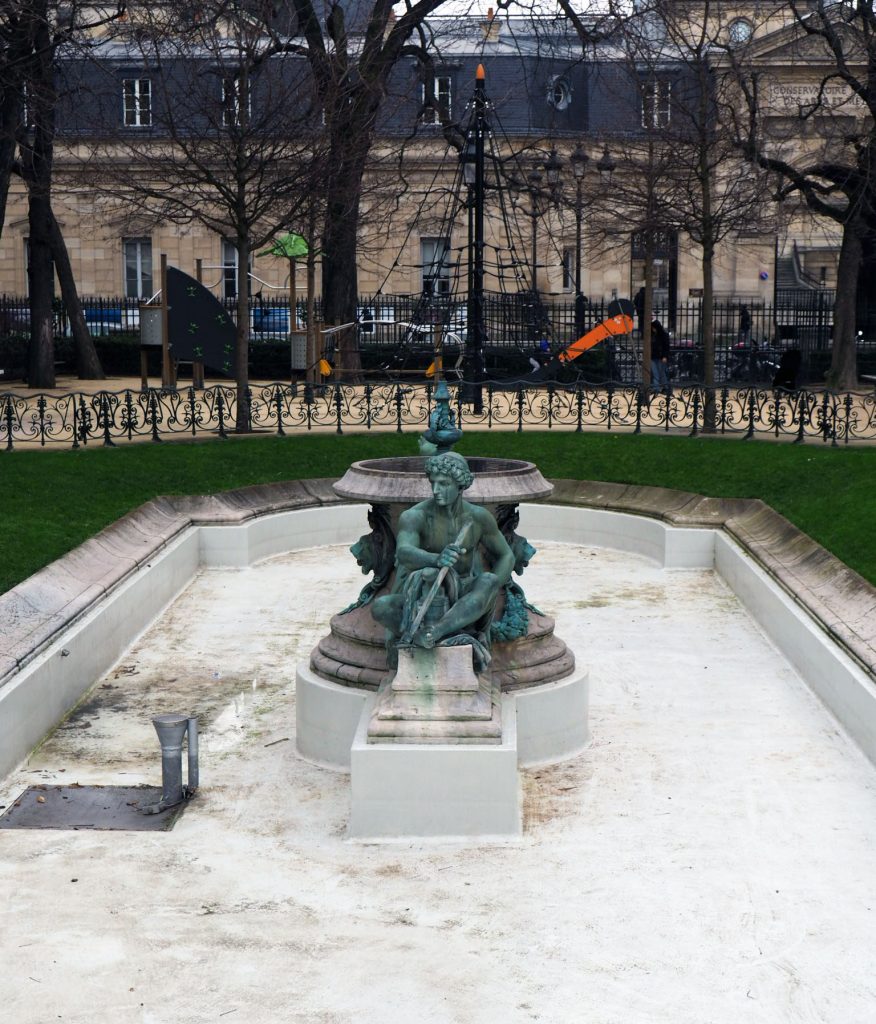 Along the long road to the River Seine, I stopped to take photos of this beautiful little park. I loved the buildings around it, and when I walked through the park I saw an arch in the distance. My camera was getting a work out even though I wasn’t yet at the cities big attractions. Arch’s were a common sight around Paris. 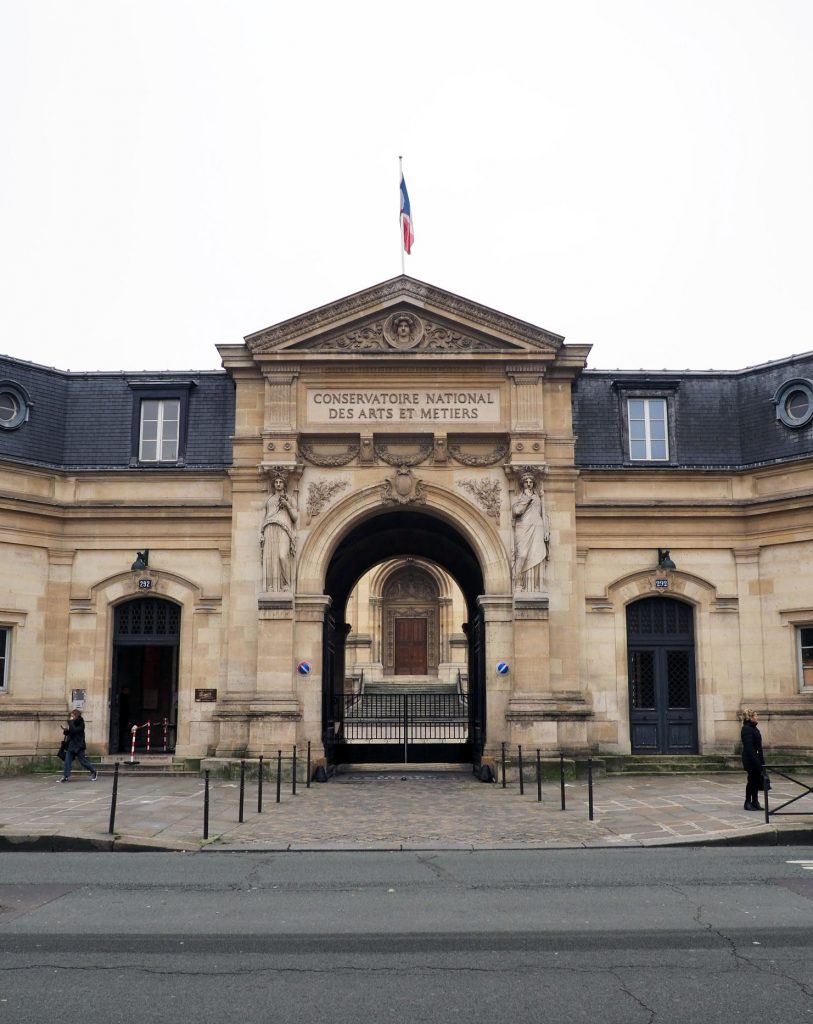 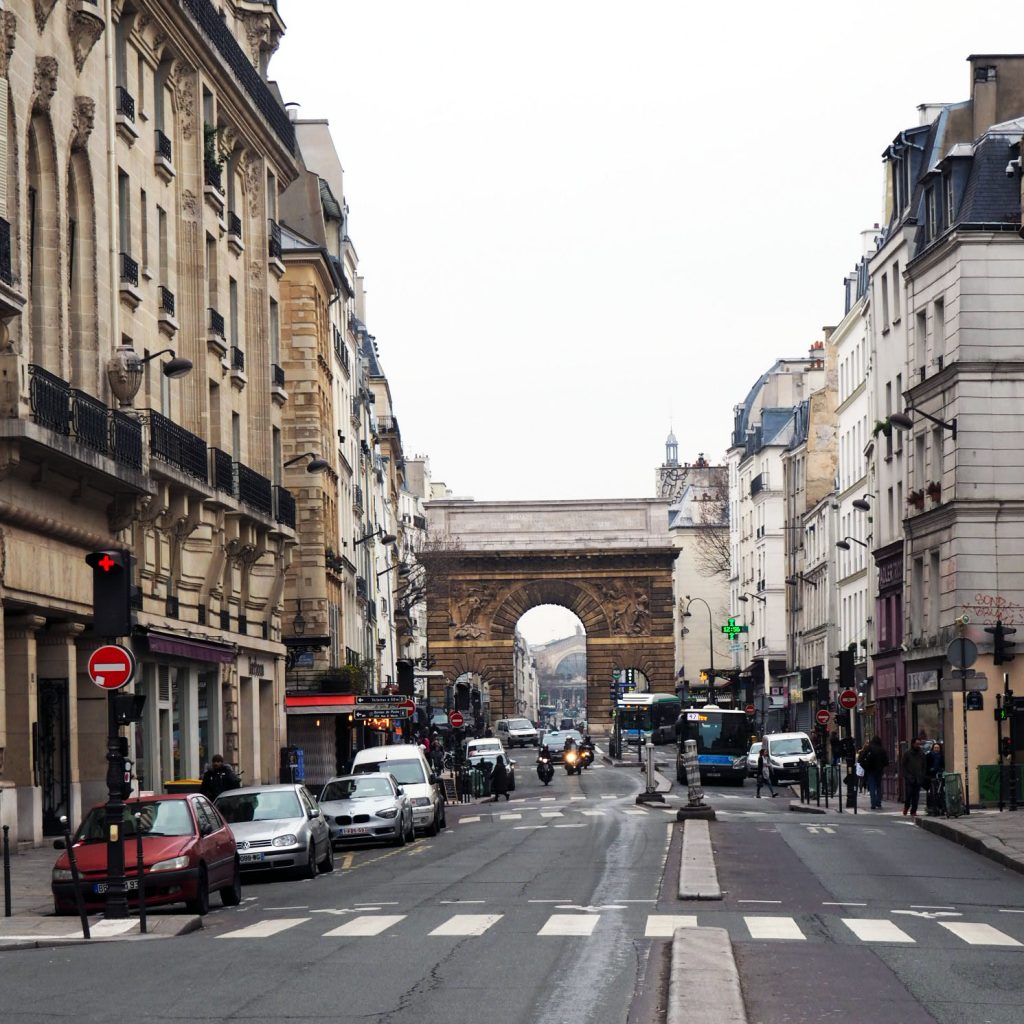 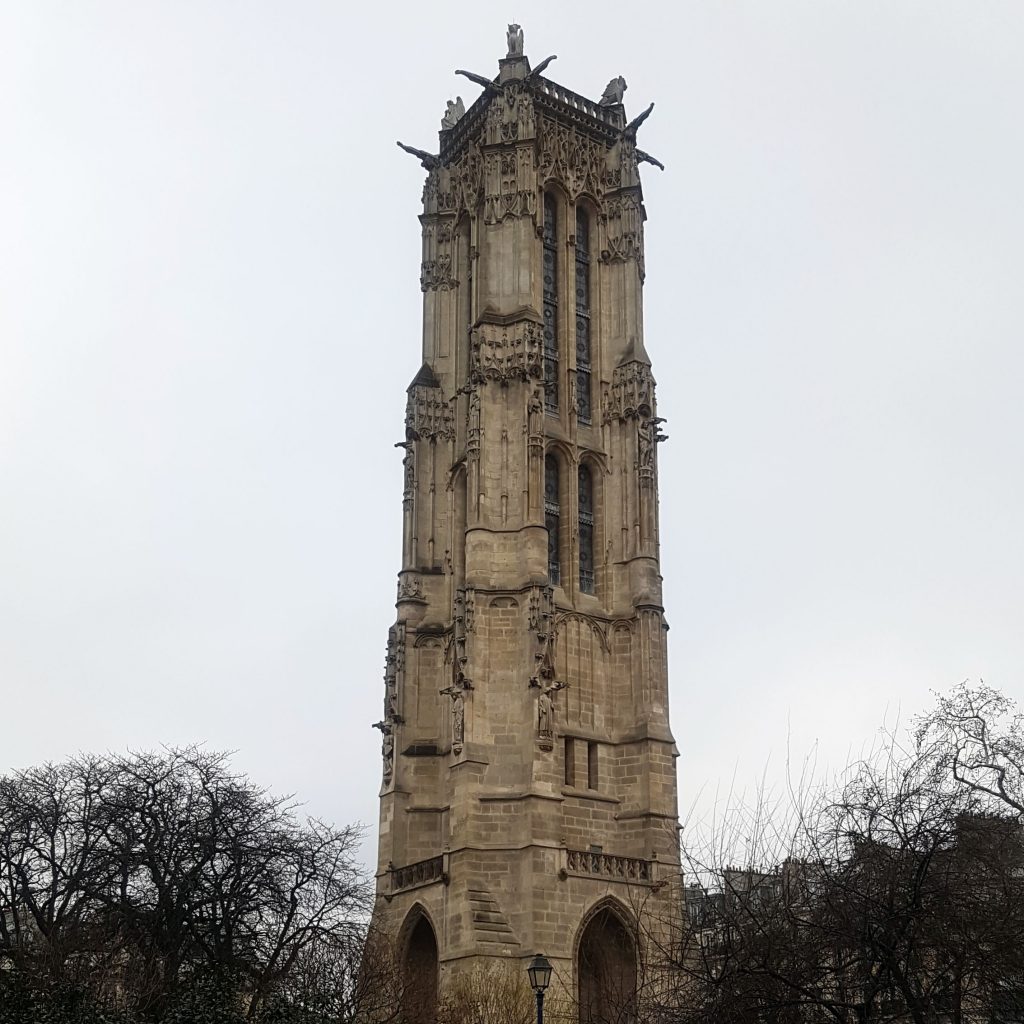 This imposing tower close to the River Seine once had the most appreciated chimes throughout the city. Blaise Pascal conducted experiments on gravity from the top of the tower in the 17th century. After a long period of restoration, from 2001, the tower reopened to the public in 2013. 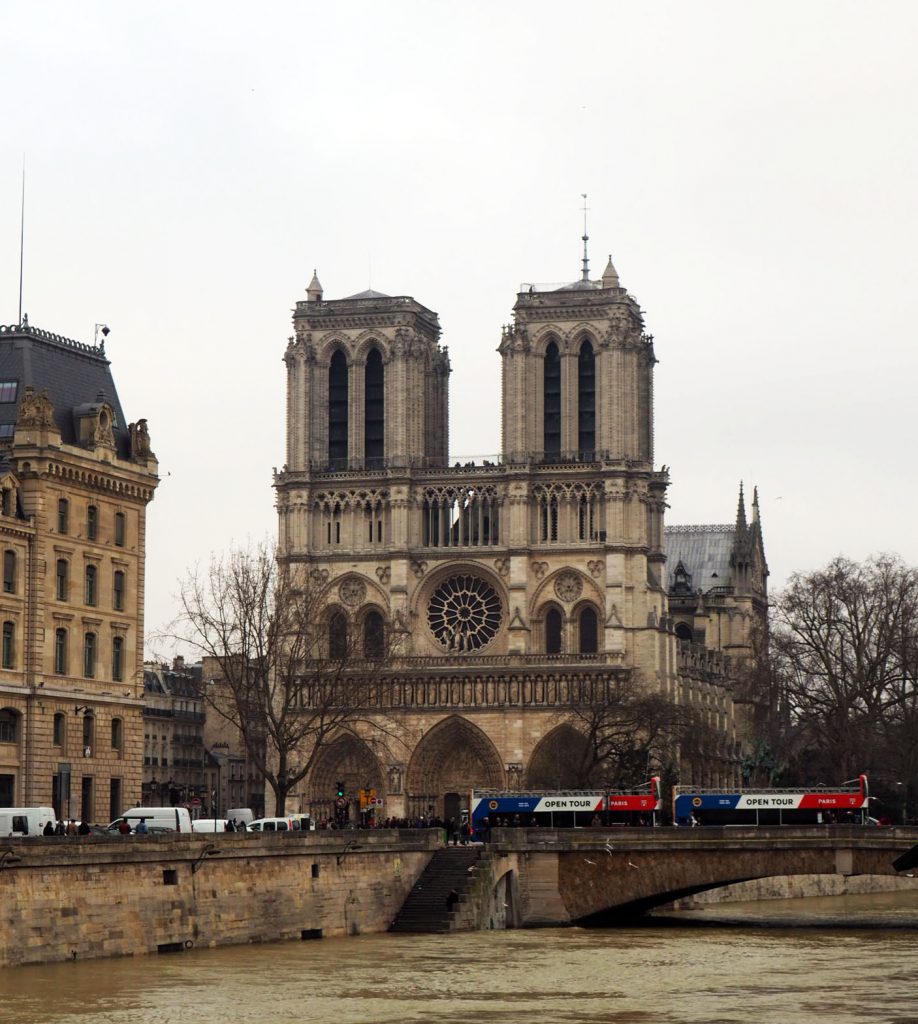 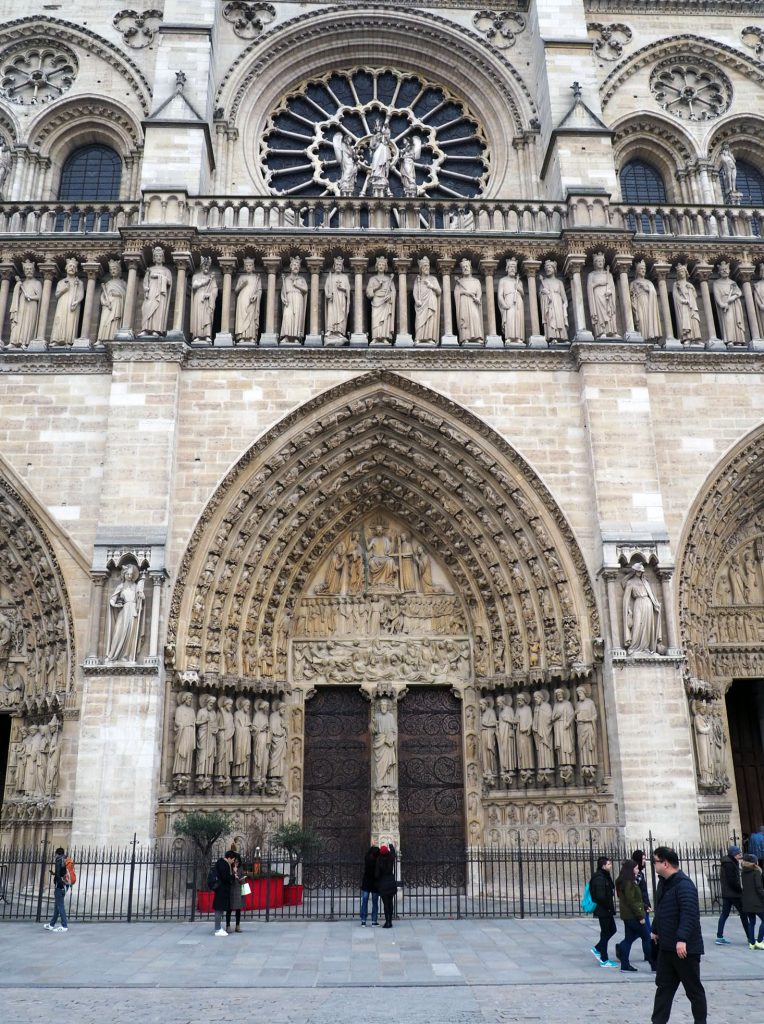 The first major stop on my walk. It was a shame I did not have time to look inside. I find churches and cathedrals to be some of the most beautiful places to visit. 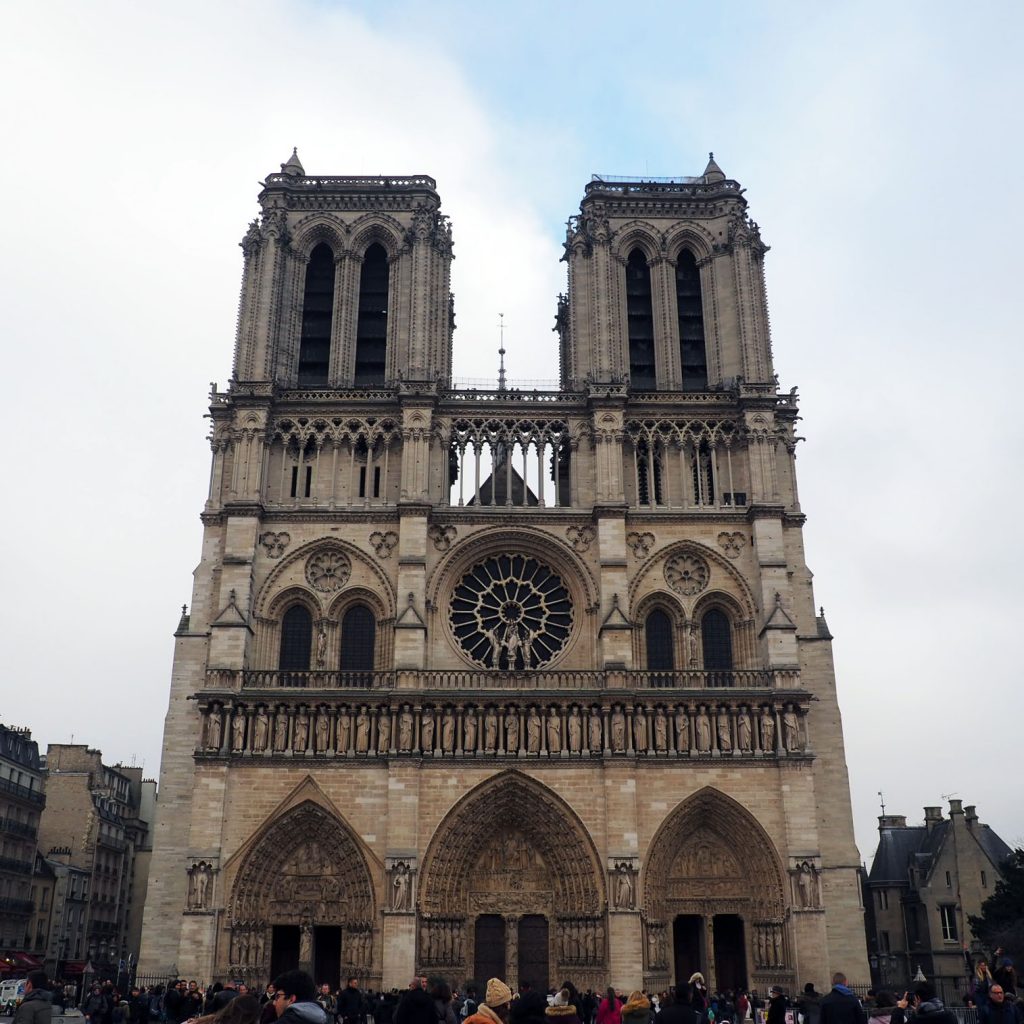 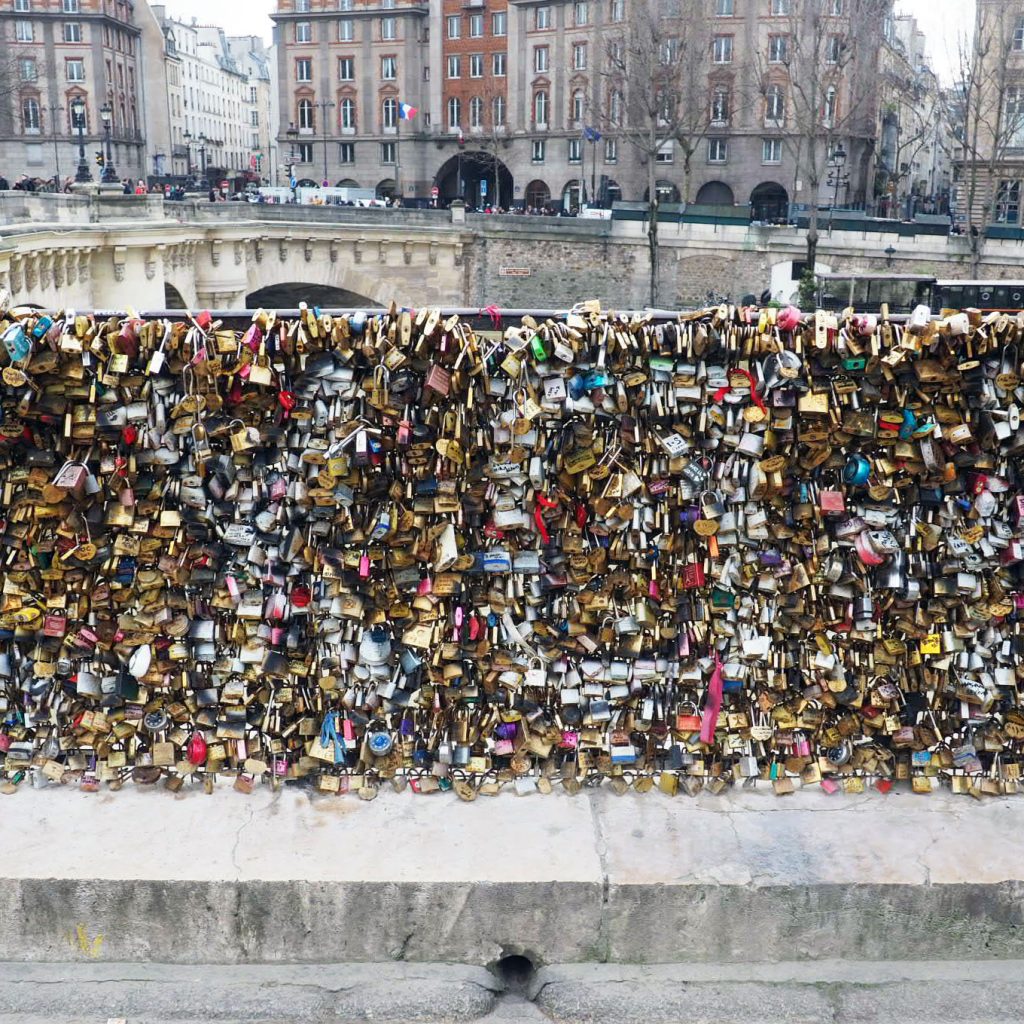 I came across Love Lock Bridge totally by accident. I had read about it in the past but it did not cross my mind at all when I was considering where to go in Paris. It is a very romantic gesture, the whole idea of the locks. I read that the locks were being removed but they were still out in force when I went. 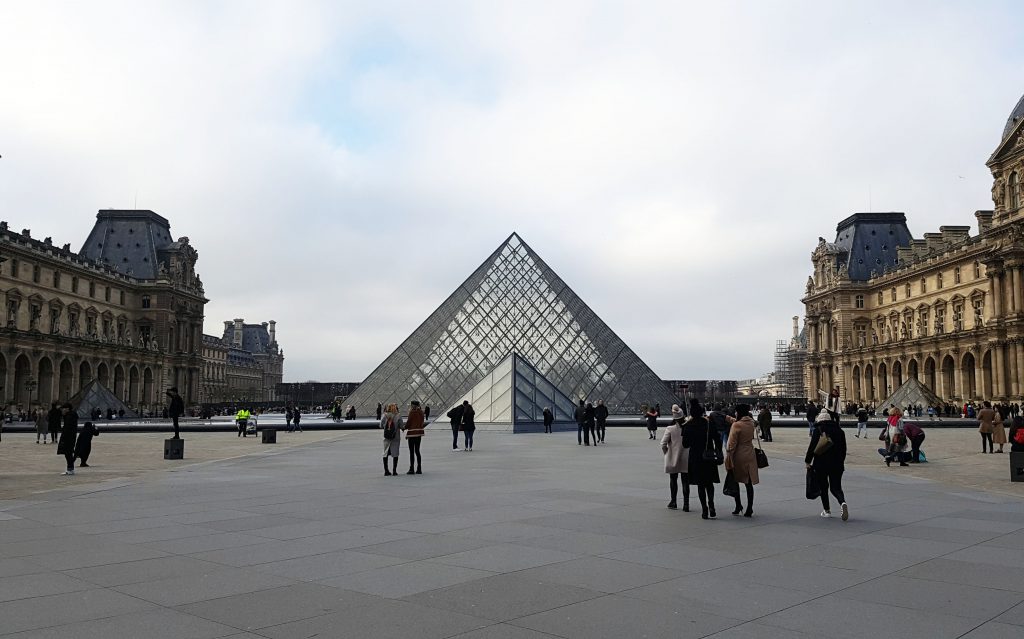 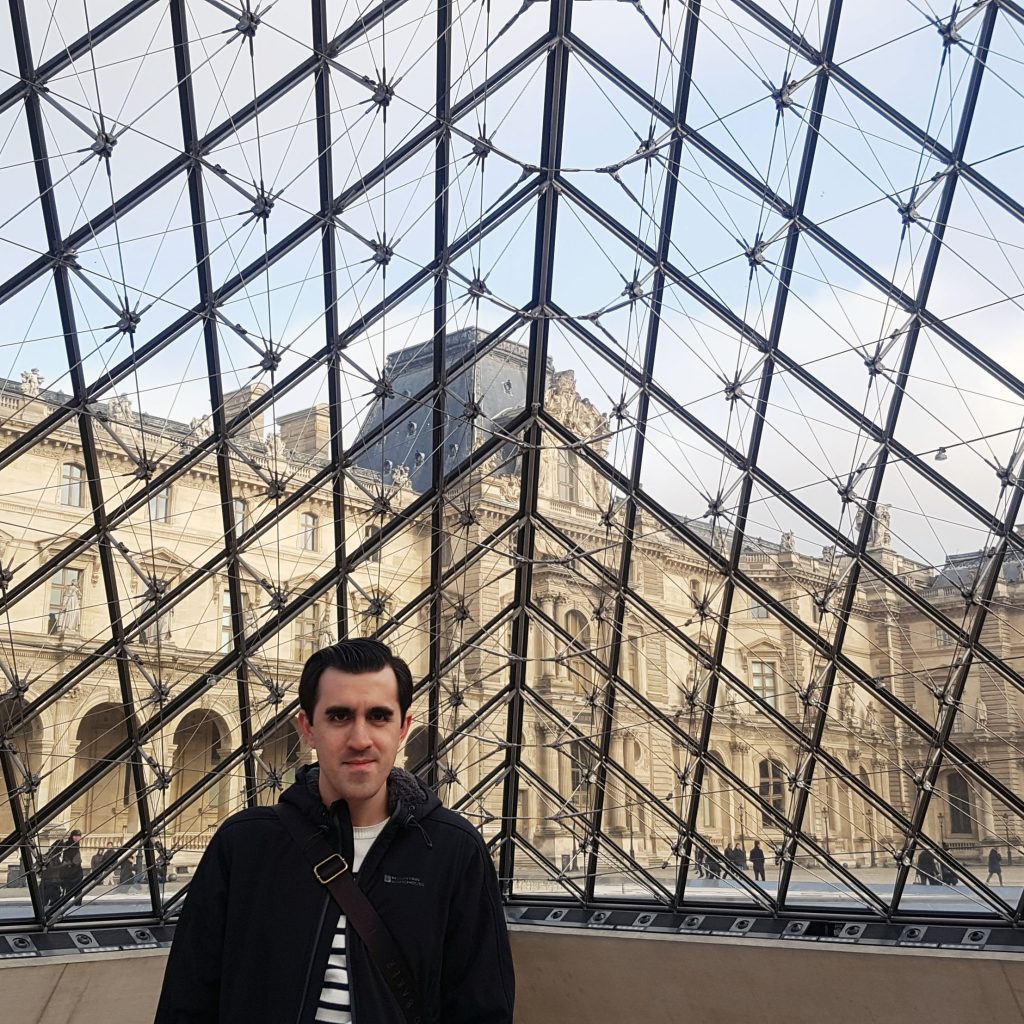 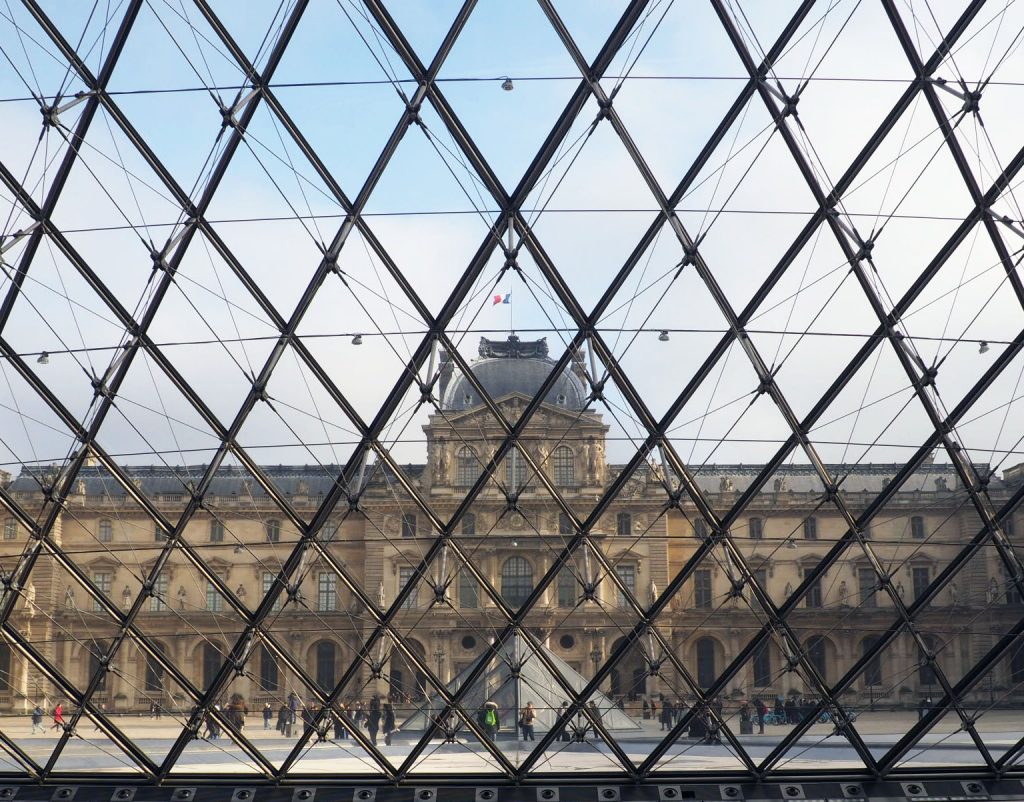 The Louvre was an inspiring site. The sun coming out when I got there was perfectly timed. When I entered the Louvre a fellow tourist asked if I would take a photo of her and then I asked the same in return. Much easier than taking a selfie and I was doing a good deed. Many of the paintings in the Louvre I have heard of, such as Virgin of the Rocks and the Mona Lisa. When I saw these and many other paintings I took a few minutes to really appreciate them. I couldn’t believe how big the Louvre was. I was there just over two hours and yet I had only since a third of the museum. 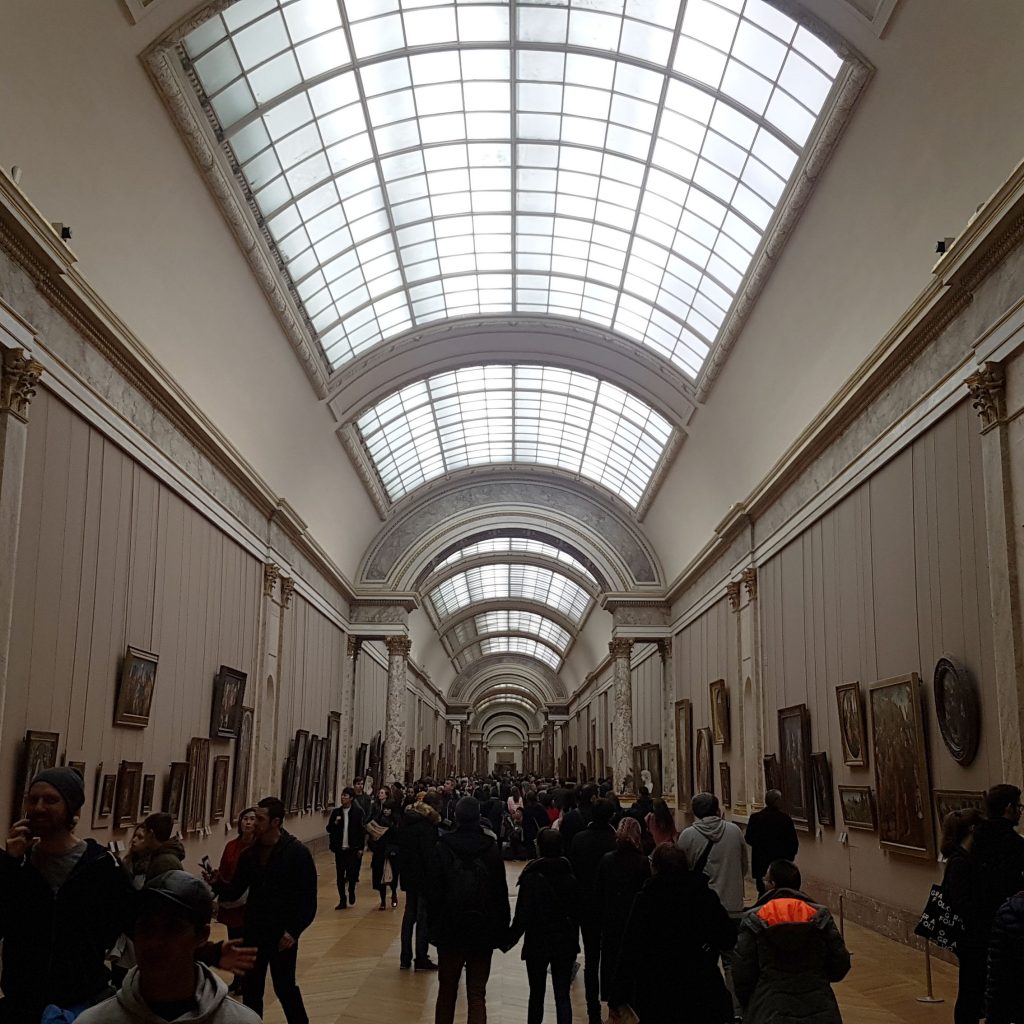 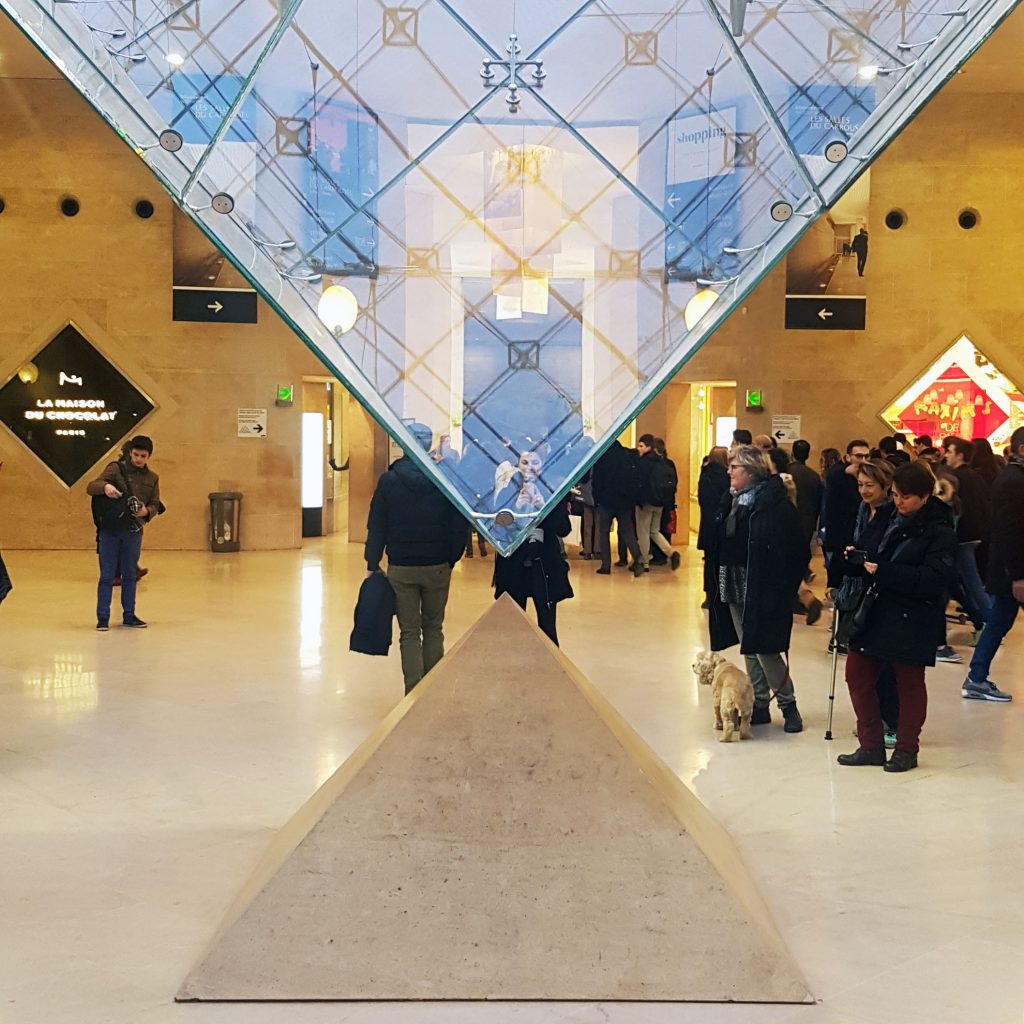 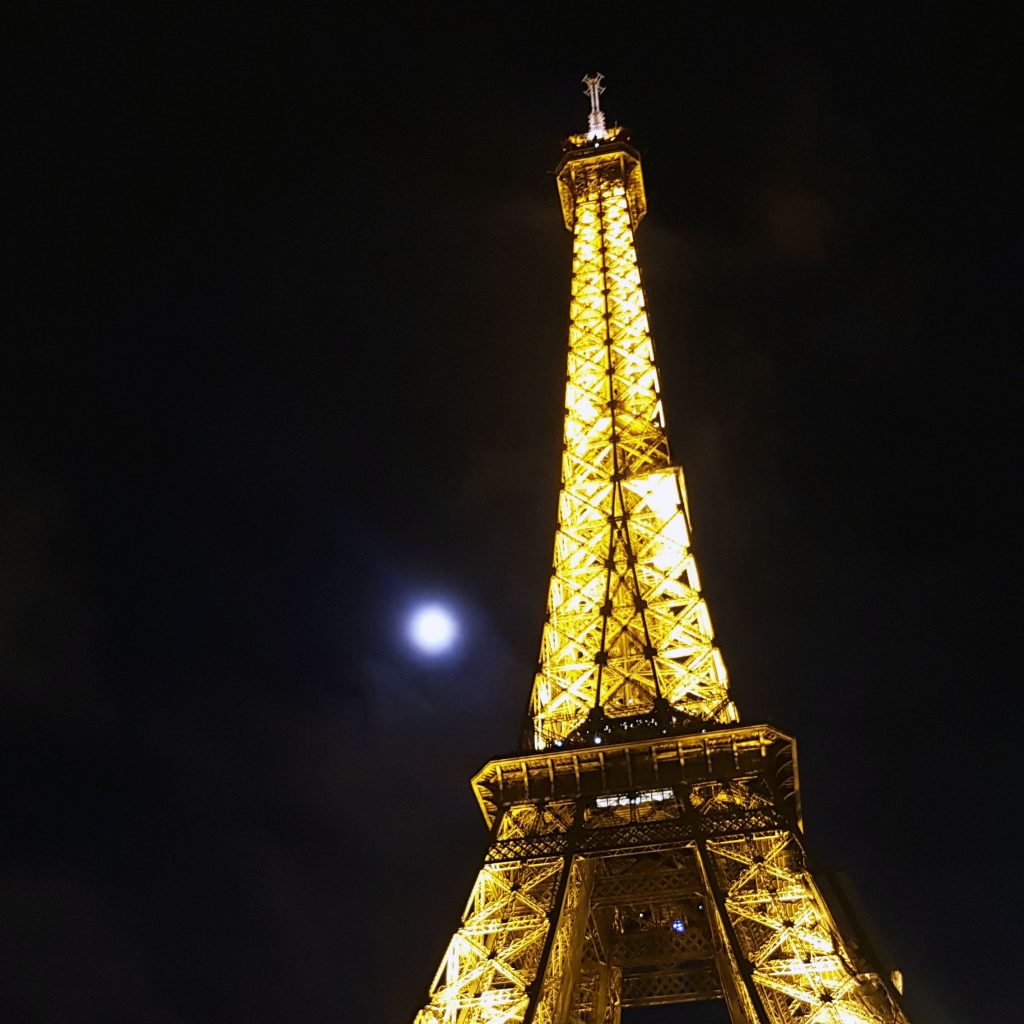 My original intention was to go to the top of the Eiffel Tower. However, time was against me and when I checked online it was not open for a month. Even though doing that would have been great, seeing the Eiffel Tower at night is a special experience. I felt justified in taking the solo trip to Paris. When I saw the Moon in the shot as well it took the experience to new levels. I sent the photos of the Moon and Eiffel Tower to my astronomy society. 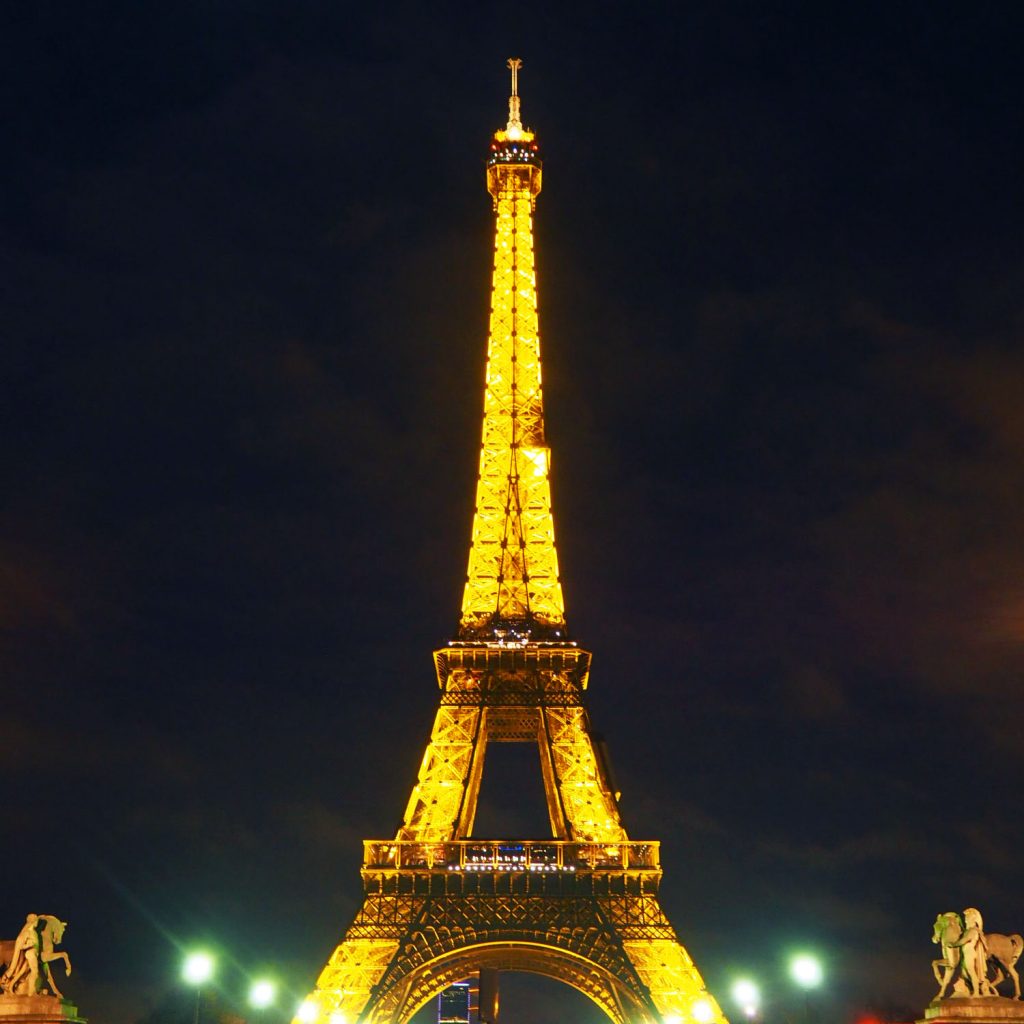 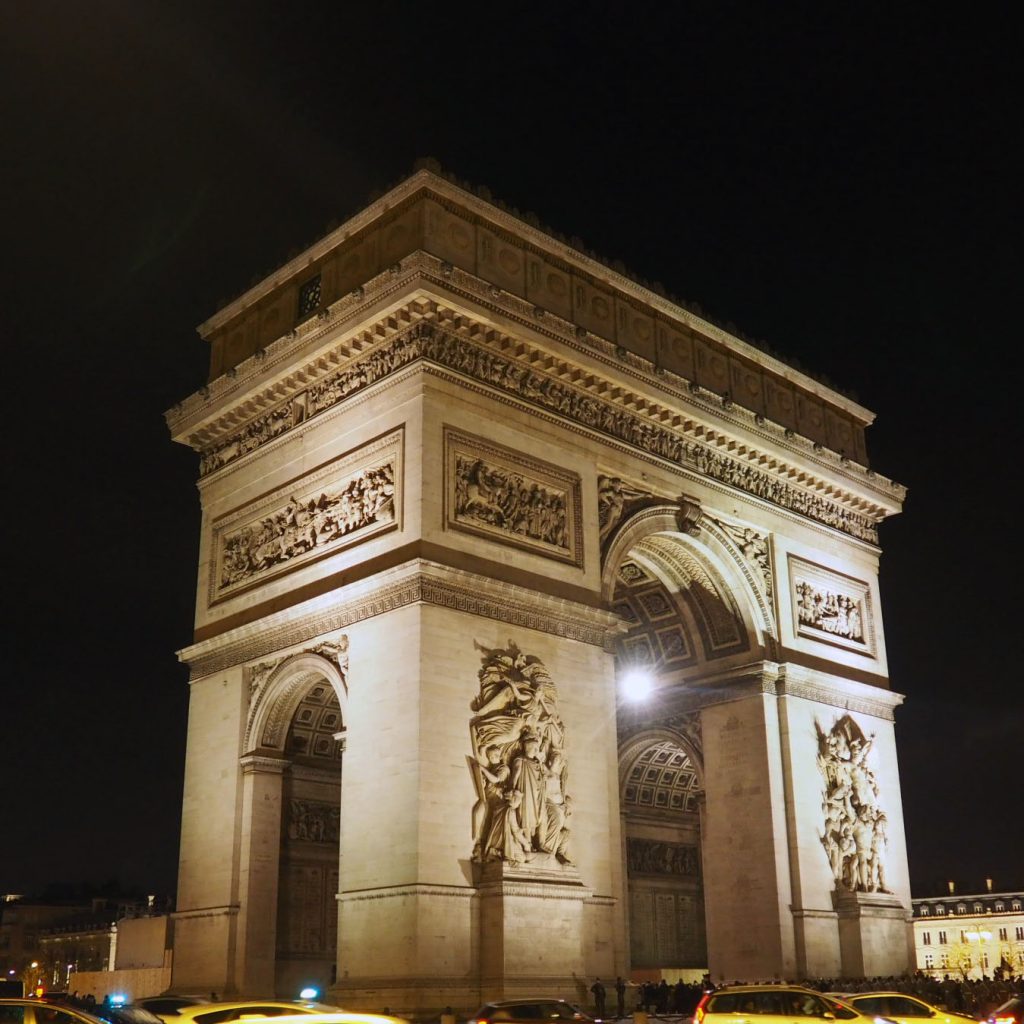 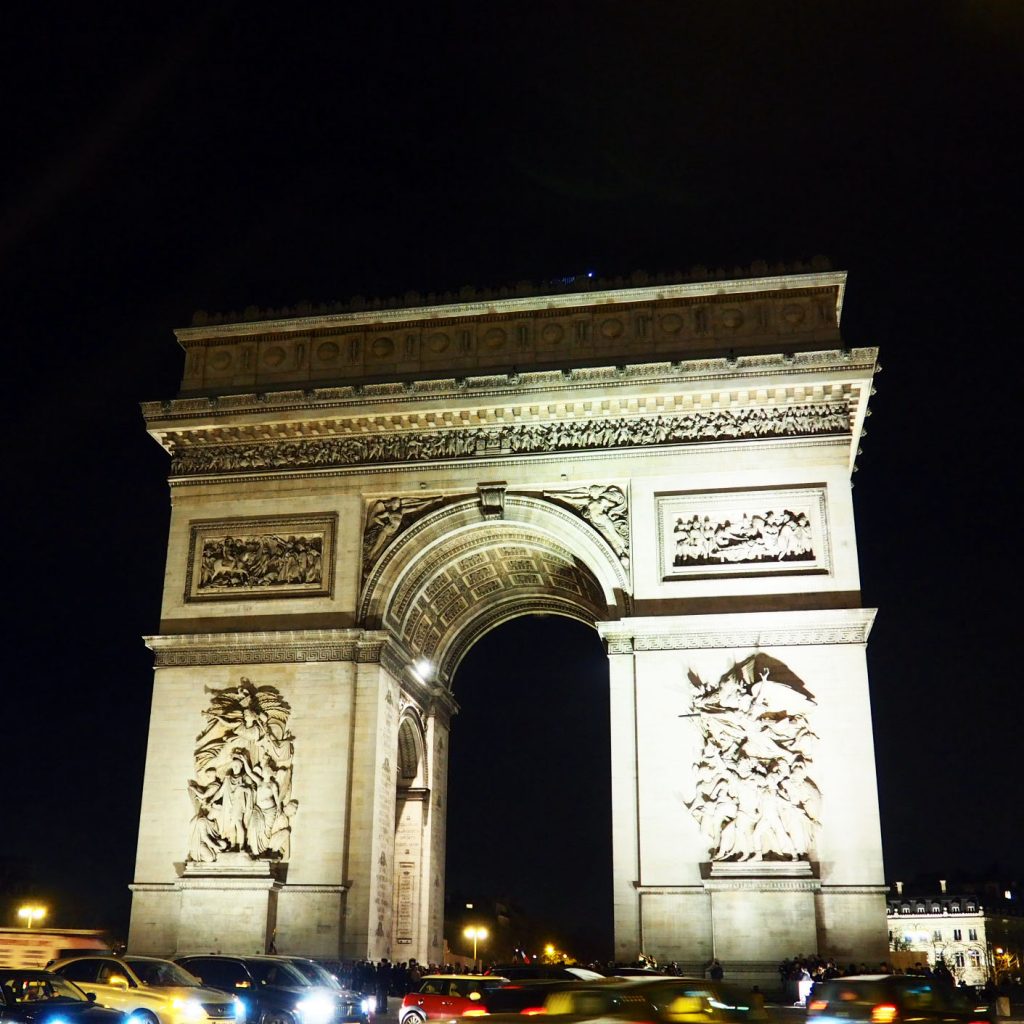 I planned my trip so that my walk back to the station would pass through the Arc de Triomphe. I wish I had a bit more time to appreciate it. I would have enjoyed going to the top and looking over Paris. The constant cars make it very difficult to take a good photo.

And that was what I got up to during my seven hours in Paris. It was a worthwhile experience, considering the early start and all the walking. I went to all the major tourist sites but I know that there is so much more of Paris that I want to explore, which can’t be done in just seven hours. It is definitely a cool thing to talk about at work. “What did you get up to at the weekend?”, “Oh, I went to Paris for the day”.

More day trips for me this year.

When was your last visit to Paris?

Where was your last day trip to?