A Winter Walk in Regent’s Park 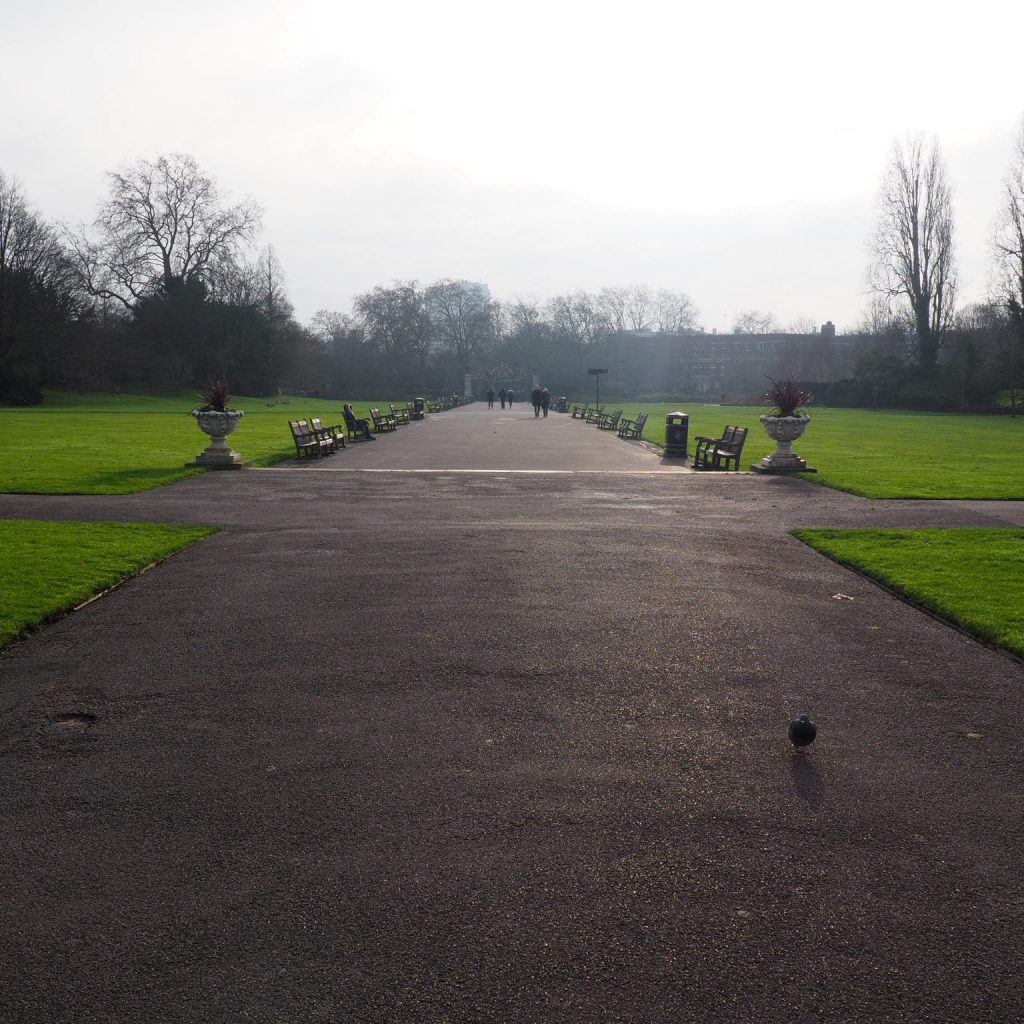 On a winters day, what better way is there to spend a Saturday than to go for a walk in one of London’s Royal Parks? For one, I love exploring somewhere new. Two, I like walks. And three, it should be beautiful. Of course all of these points I forgot as soon as I got out of the tube station to feel the harsh cold wind. It was a mistake not to wear a scarf!

I used to work around Baker Street but my only foray into Regent’s Park was for a training session at Regent’s College. Something about storytelling, if my memory serves me well. Anyways I do remember thinking at the time that I should really come back and explore the park one day. So years later I was back!

I entered the park at the corner close to Avenue Gardens. Glancing at a map of the park on my phone, I had no real plan of where I was going to walk or of anything in particular to see. But hey I am an explorer so I will go wherever the cold wind will take me. As I walked along a path adjacent to the Outer Circle, I quietly observed the other people in the park. It wasn’t heavily populated like Hyde Park, for example, but there was a mix of people enjoying the park as I was. People were running, walking with their children, walking there dog and couples enjoying an afternoon stroll. No matter whom you are with or what you do, parks offer a tranquillity that only nature can provide.

I for one find walking in a park to be a relaxing experience. If there is no one else around, it feels like you are in another world. Things you are worried about become distance, and you are allowing yourself the chance to admire how beautiful the world is. On a weekend in Central London finding such tranquillity may seem difficult to find but it is there. Regent’s Park is located centrally and after only a few minutes of walking, I felt so removed from the hustle and bustle of a busy Saturday in London.

An island and a waterfall 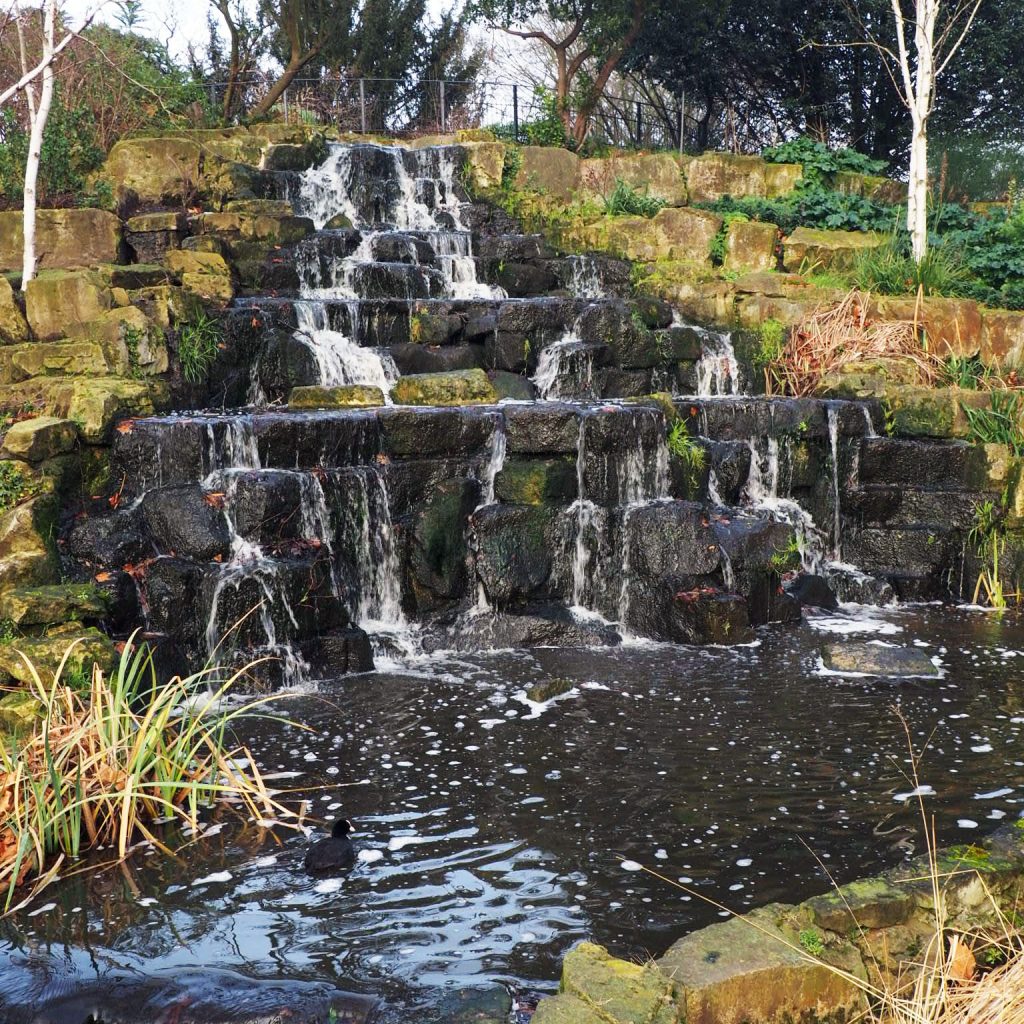 By following the road leading to Regent’s College I was at Jubilee Gates leading into Queen Mary’s Gardens. After walking through the gates the sight of a small island caught my eye to the right. People were wandering around the island with a sense of adventure. A bridge connected the island to the surrounding path. I ventured over to the muddy island to realise that there wasn’t anything of notable interest. What you can see though is a lovely view of a waterfall nearby. Many people were standing at the top of the waterfall looking down at the island, so I set off to see to do the same. From the platform area at the top, I did have a greater appreciation of the island below. 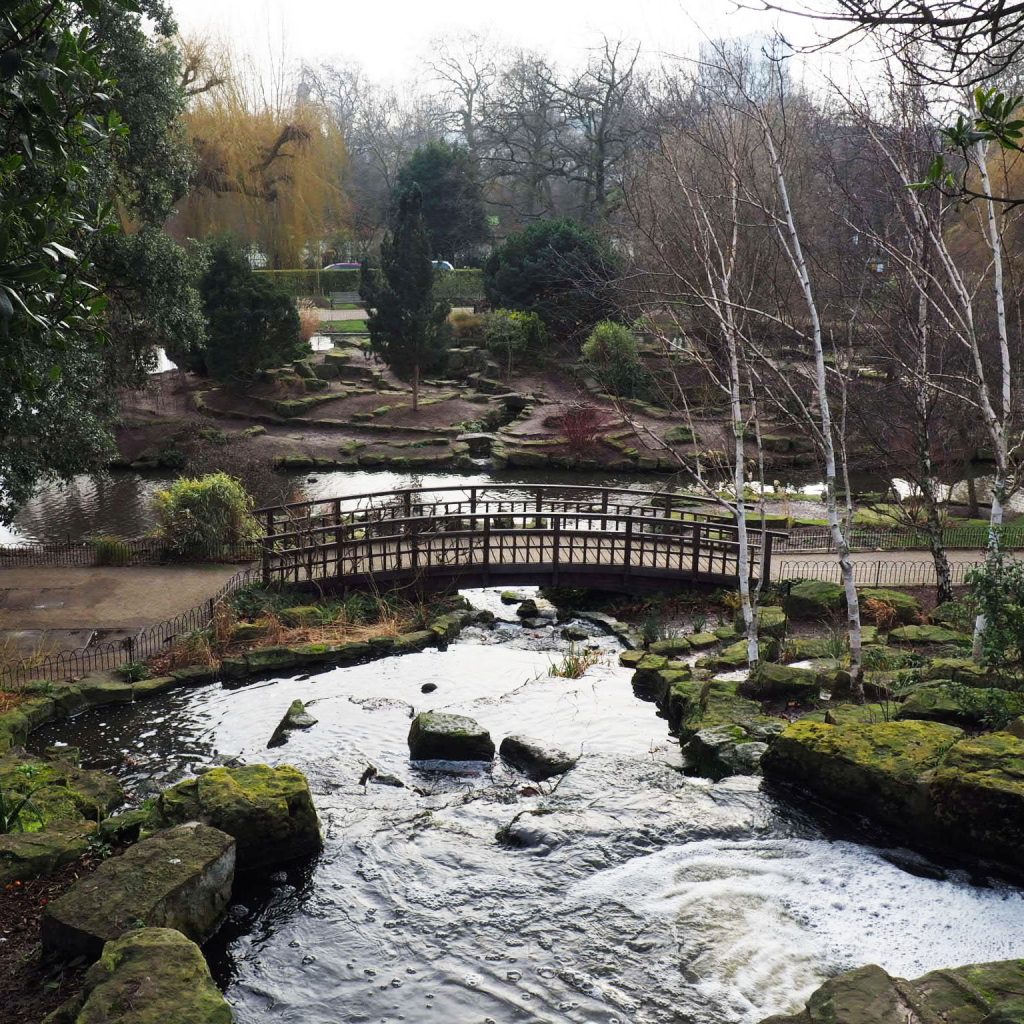 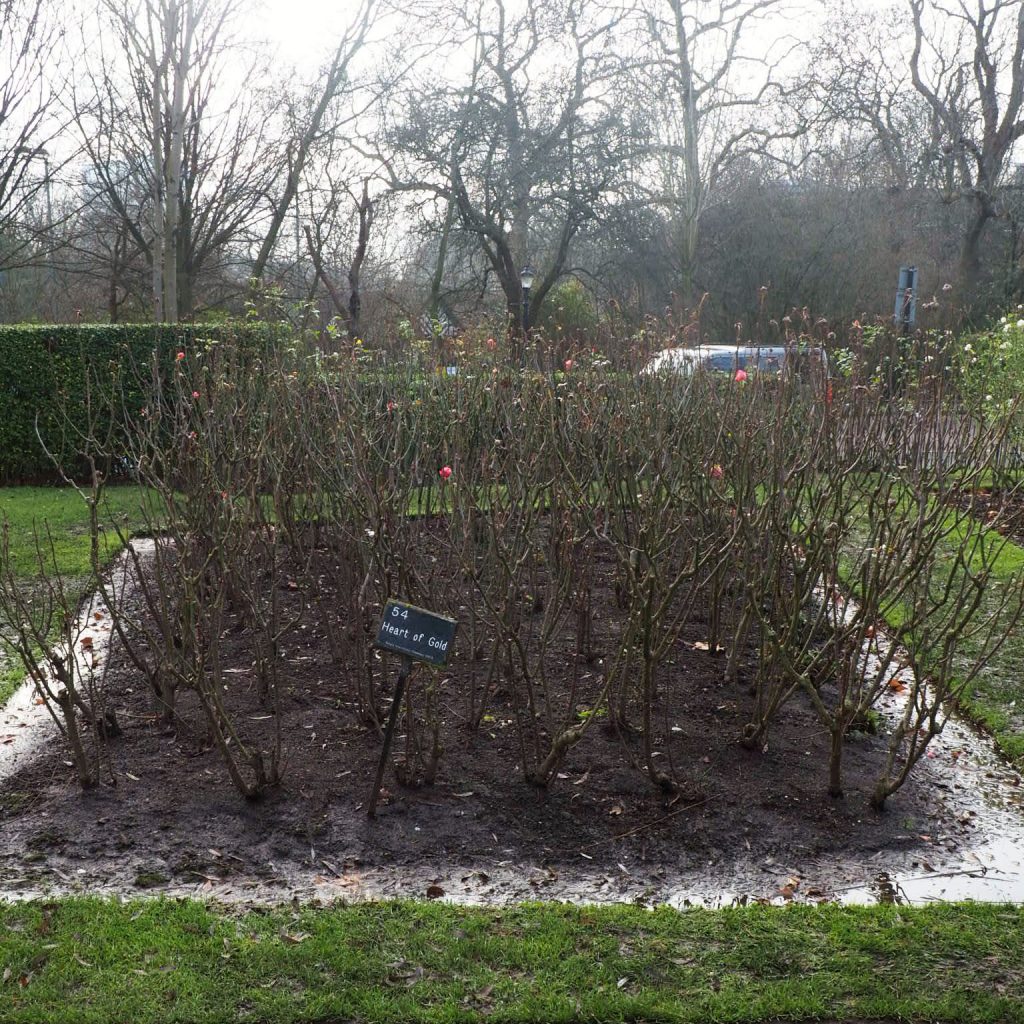 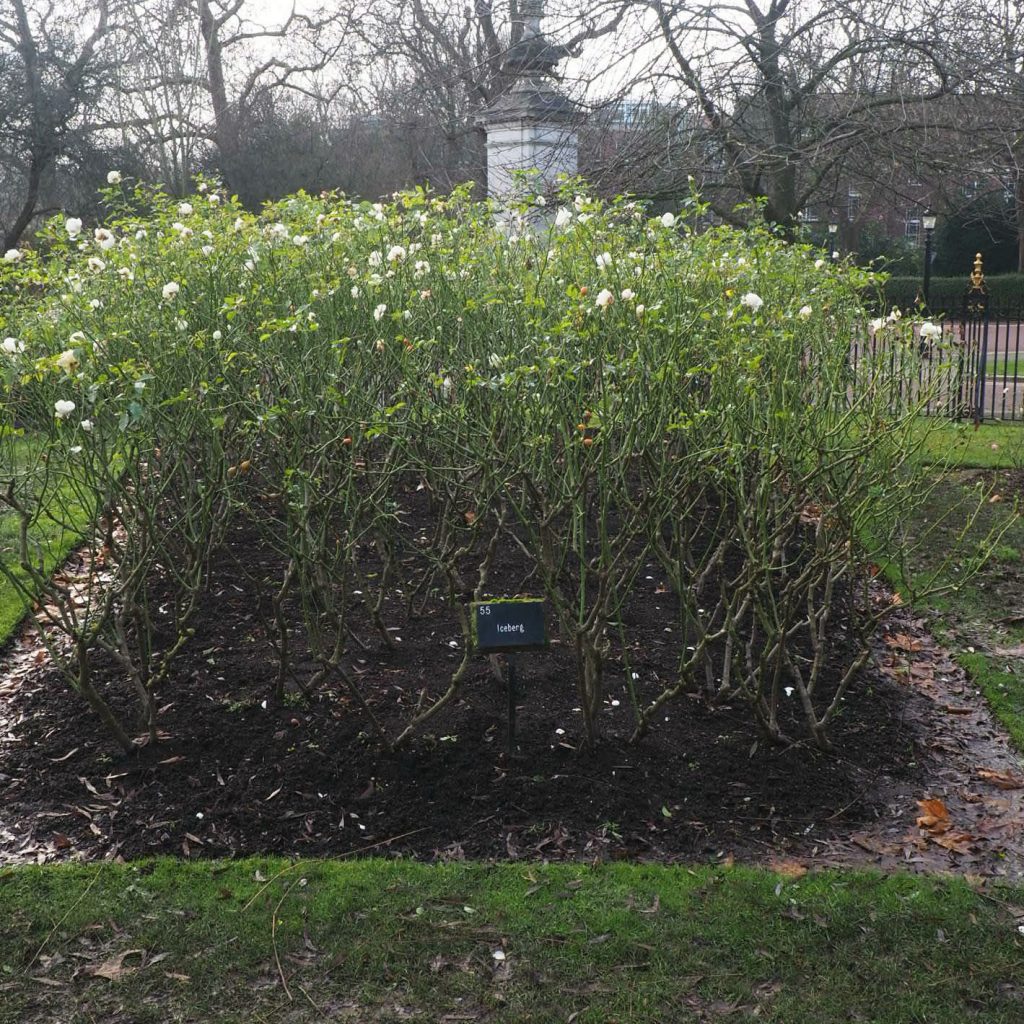 Around Queen Mary’s Gardens, there is a very cute feature that made me smile. Patches of newly laid flowers were given unique names, such as Iceberg and Heart of Gold. Correct me if these are in fact real names for plants/flowers. I saw many of these around but only captured a few of the names. Continuing on with the walk it was fun to discover what other names had been used.

As I continued to walk through the gardens I found myself enjoying the sight of the beautiful greenery. 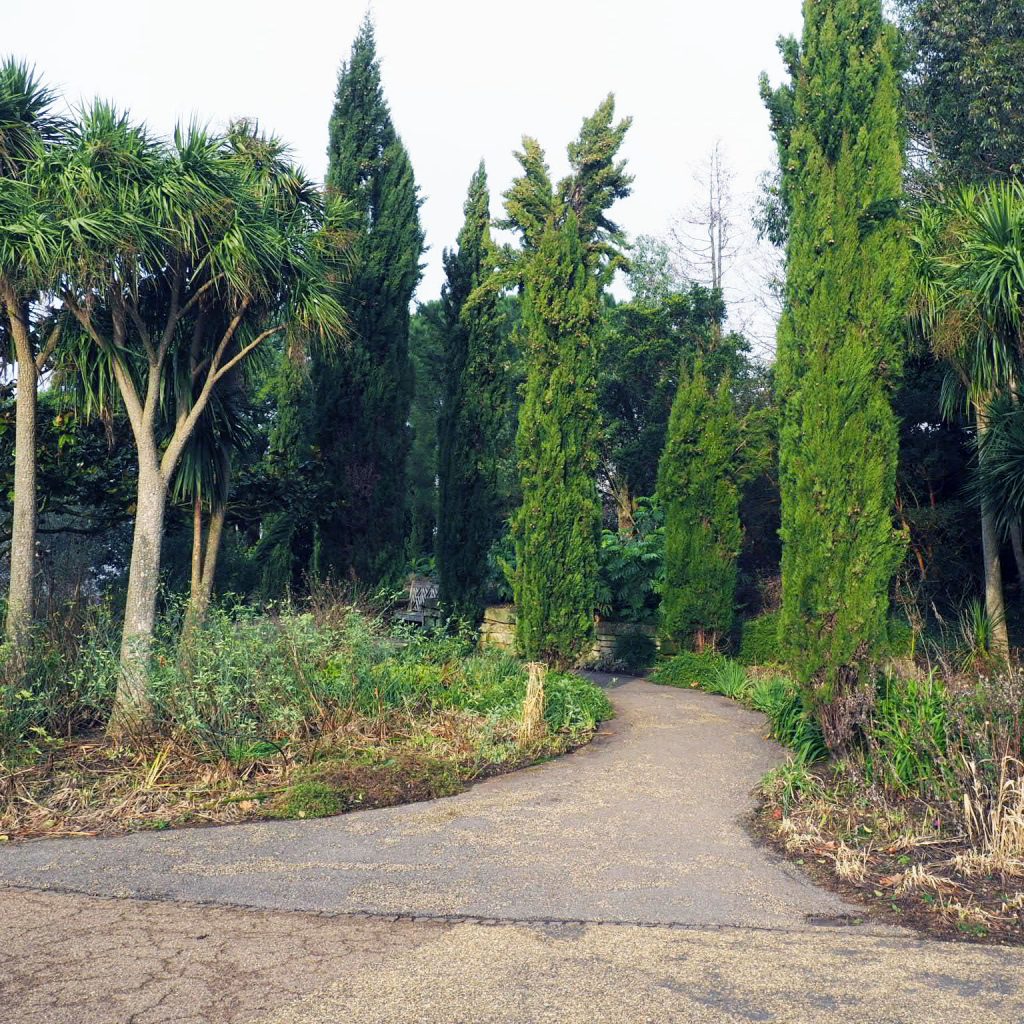 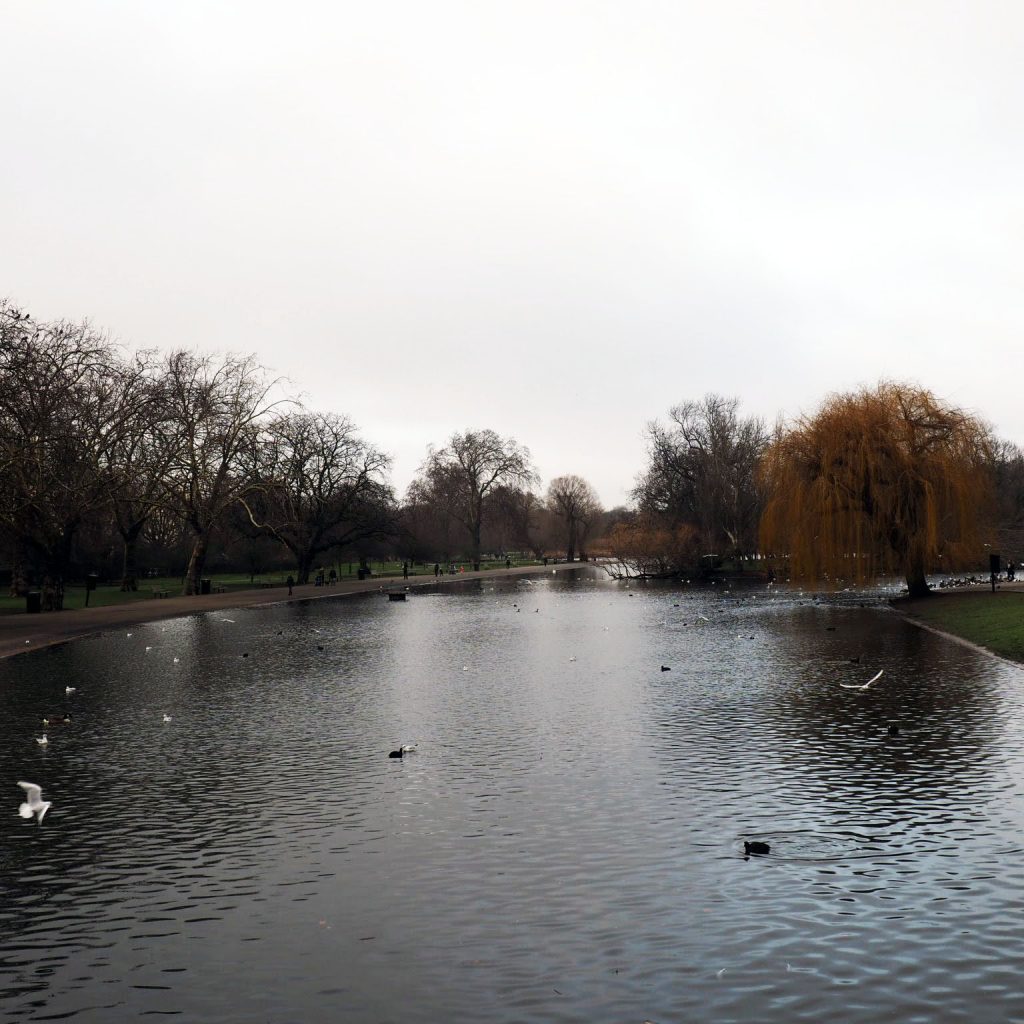 From going nearly the full circle around Queen Mary’s Garden I followed the path towards the Boating Lake. As I approached the lake it was very clear that many people were taking the opportunity to feed the various wildlife surrounding the lake. I used to love that when I was young. Feeding monkey nuts to squirrels was my favourite thing though. After seeing the crowds of wildlife at the Boating Lake I’d think twice about doing such things now. 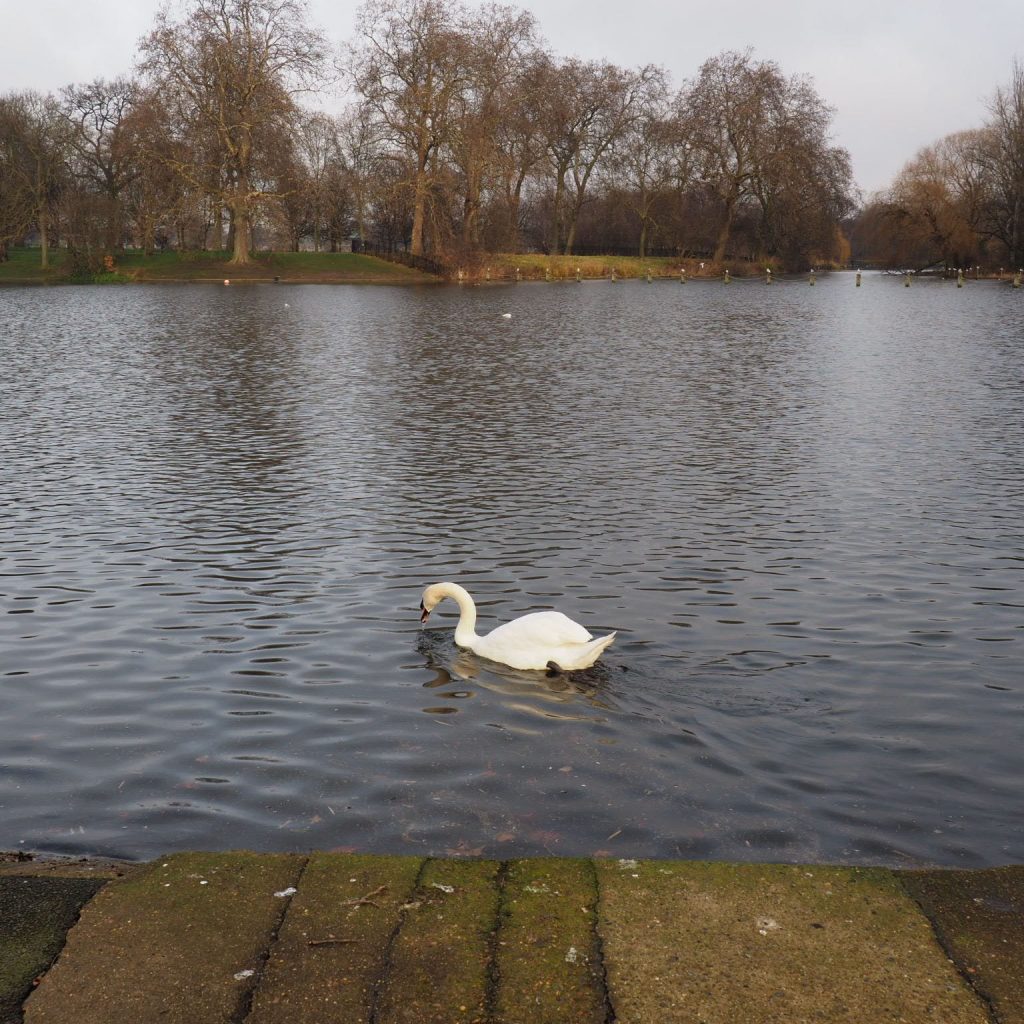 One couple were happily feeding whilst seagulls literally hovered right in front of their face. A bit too close for comfort in my eyes. I took a photo of the lake from Clarence Bridge before walking adjacent to the lake to the Boathouse Cafe. As I was walking I saw a poor girl getting swapped by seagulls and pigeons. She appeared to be holding a wrap, which was attracting attention, and suddenly 10 pigeons and seagulls became 40. She had to run away to stop the attack of the seagulls! 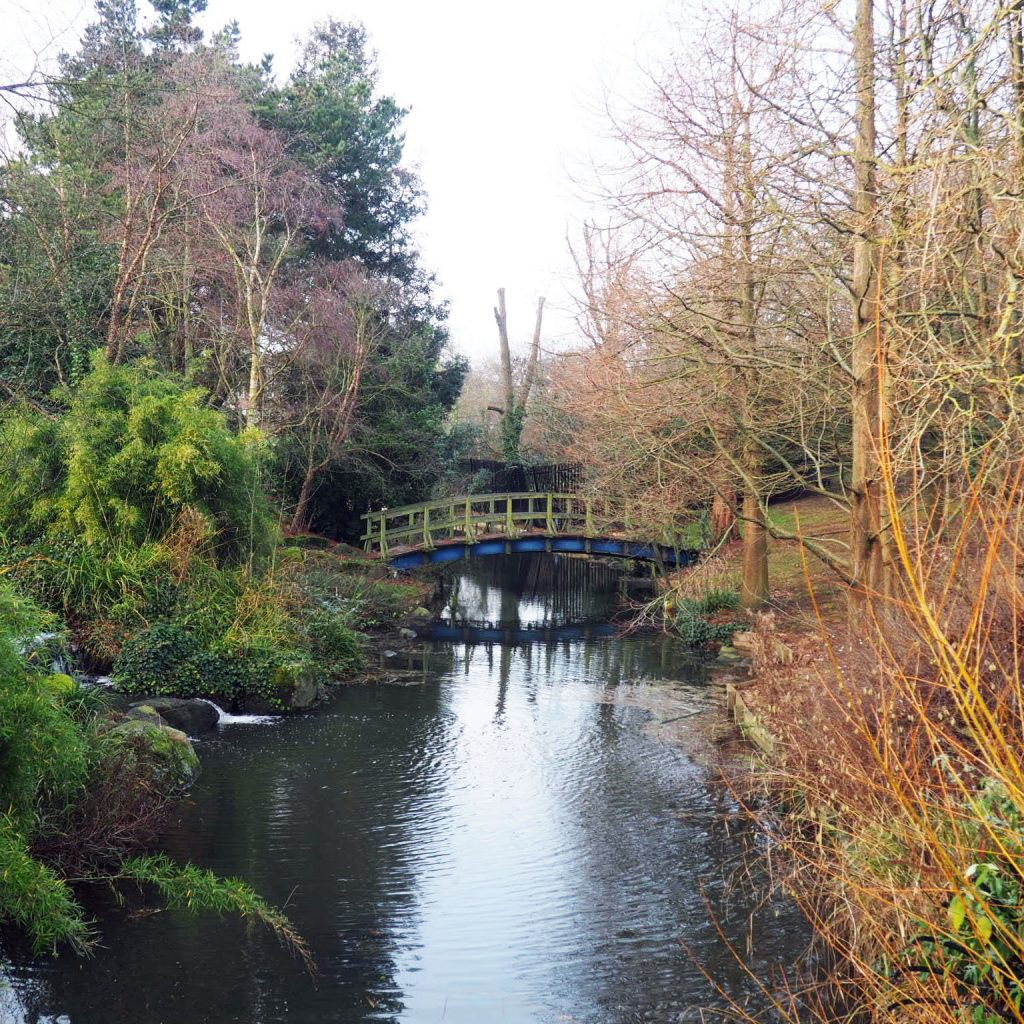 Despite the cold weather and army of pigeons and seagulls the walk through Regent’s Park was very enjoyable. It was an understated experience. There wasn’t a wow thing to see. Of course, there is London Zoo (which I did not visit). It was all just naturally beautiful. Finding peaceful surroundings in Central London is very welcome. If you are looking for some quiet time whilst you are out in London, then Regent’s Park is a place to consider.